The real estate heir is seen flying on a commercial airplane without a mask alongside other men who are also ignoring the coronavirus guidance.

In the tweet, the First Daughter wrote: “History Made!

“#BTS Jared and NSA O’Brien on the 1st commercial flight ever between Israel and the United Arab Emirates!”

But outraged Twitter users noted that most people featured in the footage were not abiding by social distancing guidelines, including Mr Kushner, who is also a senior advisor to President Trump.

One Twitter user wrote: “And of course no masks being worn, no social distancing.

“Truly disgusting. Do Not Try to Sell This BS as a peace deal. 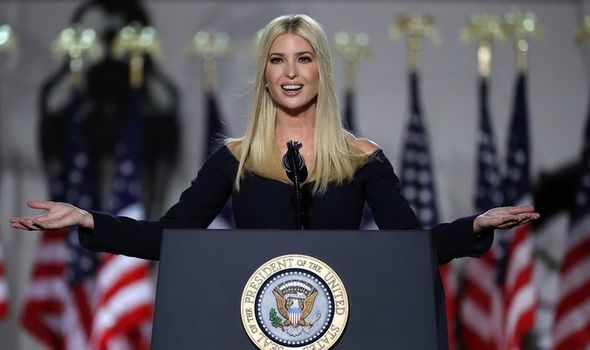 “It’s just another fake deal so y’all can skim even more $$ from the taxpayers.”

Another account added: “Why is this planeload of Americans allowed to visit Israel and UAE during the still active pandemic?

“The flagrant disregard is astonishing.”

Directing their outrage at Ms Trump, labelling her a “nepotism Barbie,” a third user wrote: “Yes, this is what the American people care most about right now, Nepotism Barbie. 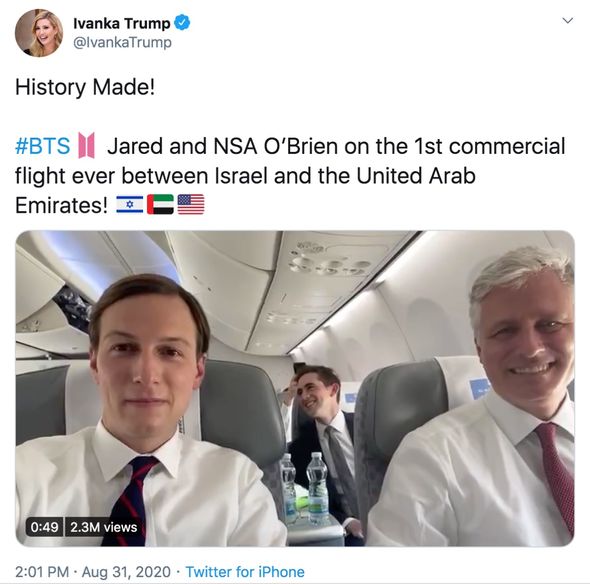 “It isn’t that we’re worried about our jobs or our kids returning to school.

“It’s not the fear that we too, may get sick.

Others, furiously commented on the Trump administration’s handling of the coronavirus pandemic. 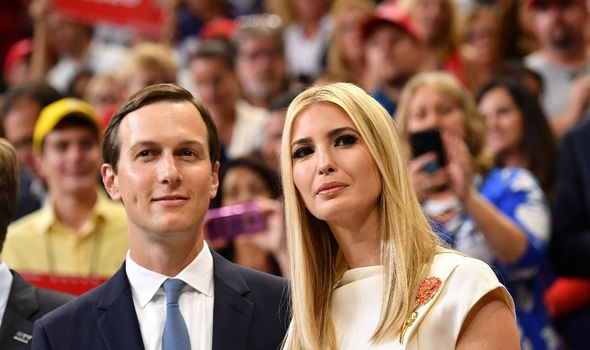 One user wrote: “The Trump presidency is four years of American history that will live in infamy.

“Easily, one of the darkest periods this nation has ever endured.”

Another added: “Before this election is over, expect a heck of a lot more people to die at the hands of @realDonaldTrump!

“He’ll fan the flames of hate like we have never seen before!

“Stay safe people, try to live through this storm, life is best lived, not dead; it will be over soon!” 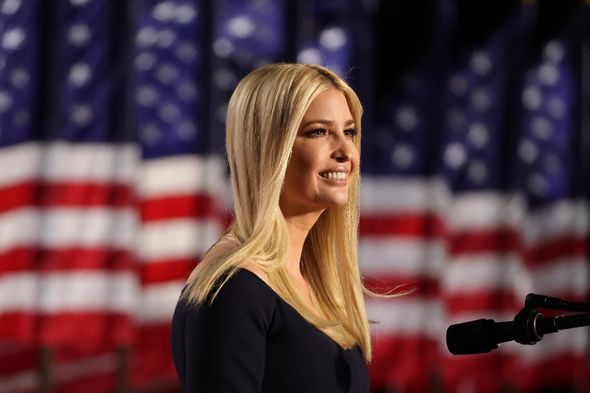 Ms Trump has been previously criticised for failing to wear a mask herself during public appearances.

During an outing to the Charlotte Convention Centre in support of her father, Ms Trump was spotted wearing a white dress from Lela Rose with a two-toned blue floral design, but no pairing face mask.

Posting about the event on Instagram, Ms Trump wrote: “Our Farmers to Families Food Box Program has fed more than 100 Million meals to people since its launch just weeks ago in response to COVID-19.

“Today, the President committed $1 Billion more to this historic program — a big win for the American people.”

While You Were Sleeping: 5 stories you might have missed, May 27