Prime Minister Benjamin Netanyahu’s office pledged the truce and a statement from the Israeli security cabinet called it “mutual and unconditional”. A Hamas official said the ceasefire would be “mutual and simultaneous”. According to Hamas, hostilities were due to end at 2am local time (midnight UK time), but Israel said the time was yet to be agreed.

The ceasefire comes after a fresh barrage of rockets were fired from Gaza yesterday afternoon into the coastal cities of Ashdod and Ashkelon and surrounding areas.

And a ball of fire erupted in Gaza City’s Rimal residential district yesterday during Israeli bombardment on the Hamas-controlled enclave.

A total of 4,070 rockets have been fired into Israel since last week with 610 failed launches that landed into the Gaza strip, according to the Israeli Defence Forces (IDF).

At least 230 Palestinians have been killed in the fighting, according to Gaza health officials, while 12 Israelis have died. The breakthrough came a day after Joe Biden called for an urgent de-escalation.

Yesterday, the US President discussed Gaza with Egyptian President Abdel Fattah al-Sisi, whose mediation was credited for bringing the warring sides together.

Bids to hammer out a deal were also made by Qatar and the United Nations.

The Israeli security cabinet, in a statement confirming the ceasefire last night, said: “The Political Security Cabinet unanimously accepted the recommendation of all security officials…to accept the Egyptian initiative for a bilateral unconditional ceasefire, which will take effect at a later date. 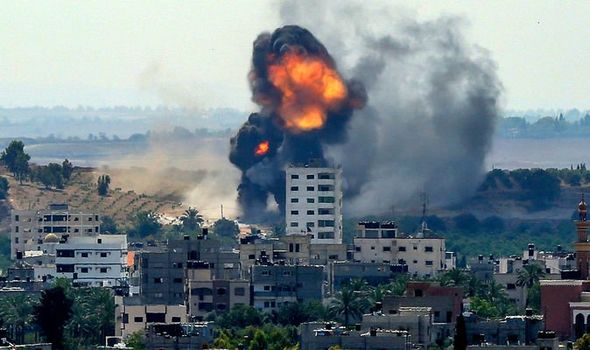 “The political leaders emphasised that the reality on the ground will determine the future of the campaign.”

Earlier yesterday, Mr Netanyahu showed German foreign minister Heiko Mass, who is in Israel on an official tour, a piece of a drone the IDF intercepted this week and accused Iran of supporting terror groups in Gaza.

The IDF confirmed that in response to rocket fire from Gaza they struck two Hamas tunnels under construction and a military tunnel.

In a tweet they said: “In response, we have been precisely targeting the source of terrorism in Gaza – and we will continue to do so.”

The Israeli military said they struck military infrastructure and a weapons factory in Khan Yunis located inside the residence of Asraf-Al Jabari, who is in charge of training in Hamas’
military wing. 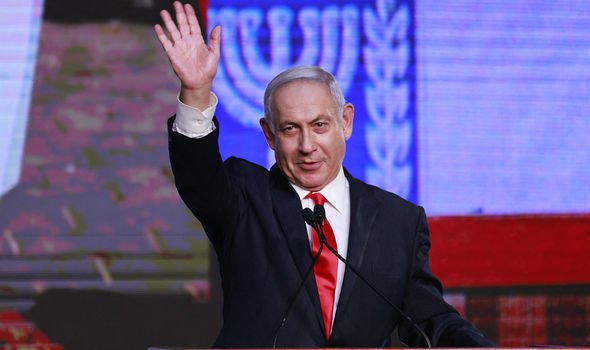 A Gaza City resident said: “I just want this to end very, very soon. We have all had enough. We are living in fear.” An Israeli mother of two added: “Even if there’s a ceasefire, we need a proper long-term solution for peace.”

Moments after the ceasefire was announced and hours before it was due to come into effect, red alerts sounded in southern Israel.

Palestinian media in Gaza reported fresh air strikes on the territory following the decision to have a ceasefire.

President al-Sisi had ordered two security delegations into Israel and the Palestinian territories to work towards upholding the ceasefire, Egyptian state TV reported.

Meanwhile, the UK government says it is offering an initial £3.2million in emergency relief for the civilians of Gaza. The funds will be given to a UN aid agency to help Palestinians affected by the conflict.

The humanitarian situation in Gaza was “already concerning” before this conflict, the UK government said.