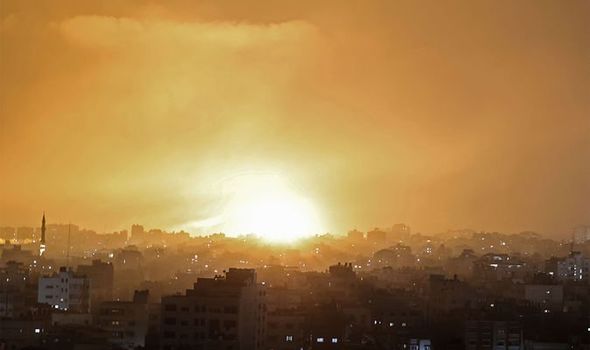 The Israel Defence Forces have confirmed to media outlets and on Twitter troops have mounted an attack on the Palestine-controlled region. They said: “IDF air and ground troops are currently attacking in the Gaza Strip.” It is unclear whether this is a full-scale invasion, but reports previously held the IDF were massing troops along the Gaza border. Prime Minister Benjamin Netanyahu also tweeted after the IDF confirmed the invasion: “I said that we would charge a very heavy price from Hamas. We do it and we will continue to do it with great intensity.”