The volcano, called Mount Ile Lewotolok, is in the East Nusa Tenggara province of Lembata, Indonesia. Reports from Indonesia suggest 2,780 people from 26 villages have fled the area. The land surrounding the volcano is being swept in “hot clouds and lava streams”.

Volcanic ash and smoke have spewed 2.5 miles into the sky above the mountain.

The active volcano is in the Lesser Sunda Islands of the Indonesian archipelago.

So far no casualties have been reported. 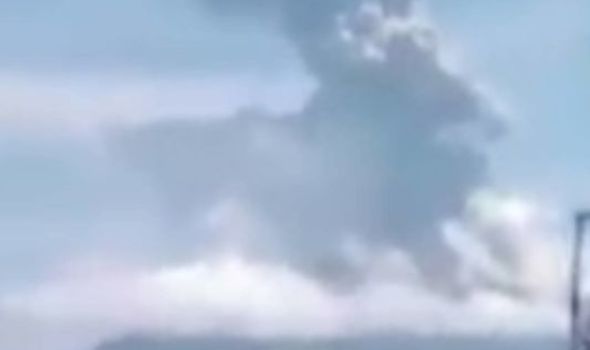 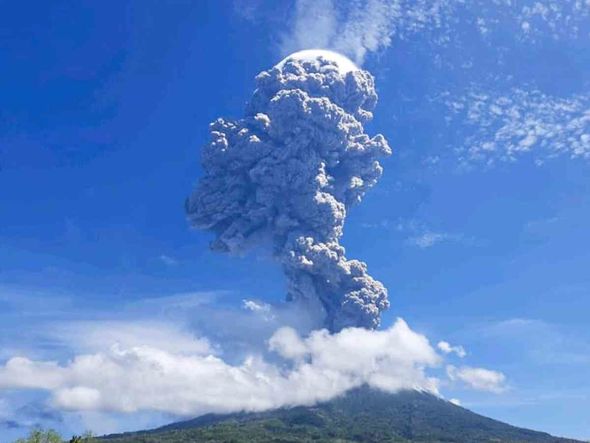 Head of Indonesia’s Volcanology and Geological Hazard Mitigation Centre Pak Kasbani said the volcano’s status was raised to the second-highest level on Indonesia’s four-tier alert system due to “increasing threats” based on monitoring reports.

The island where the volcano is located is 1616 miles east of Indonesia’s capital of Jakarta. 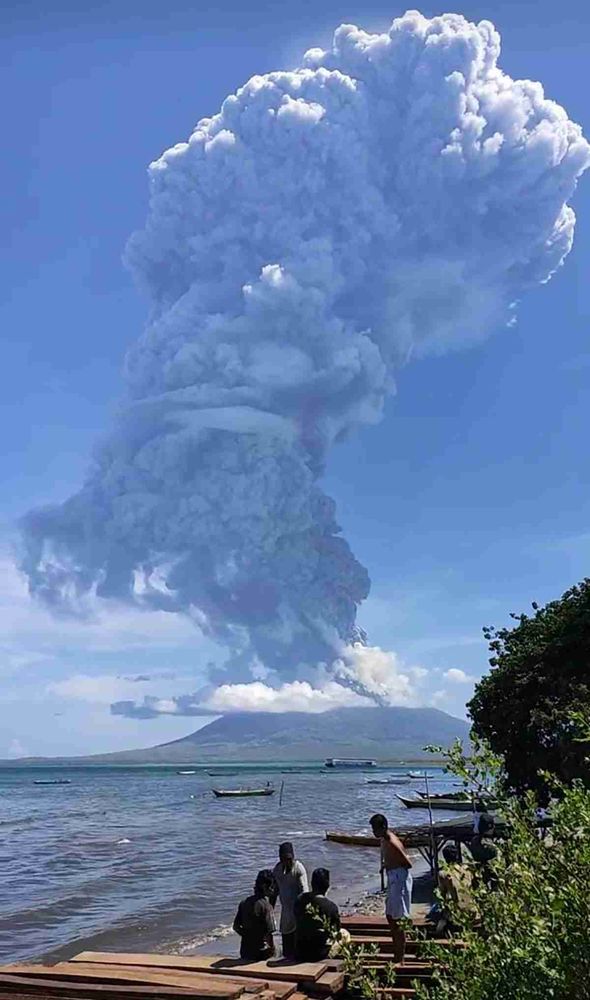 The 1.2 miles no-go zone around the crater at the top of the volcano has been widened to 2.5 miles.

Indonesia’s geological agency said: “People are advised to not carry out any activities within a four-kilometre radius from the crater.”

The country is positioned on the “Ring of Fire”, an area of tectonic plate boundaries that circles the Pacific Ocean.

Many countries positioned on this line experience frequent seismic activity.

On the strait between the Java and Sumatra islands, a large volcano erupted, this caused an underwater landslide that caused a tsunami that killed more than 400 people.