JAKARTA (Reuters) – Indonesian researchers have warned the government that plans to allow millions of people to leave for their home villages at the end of the Muslim fasting month of Ramadan next month could send coronavirus infections soaring. 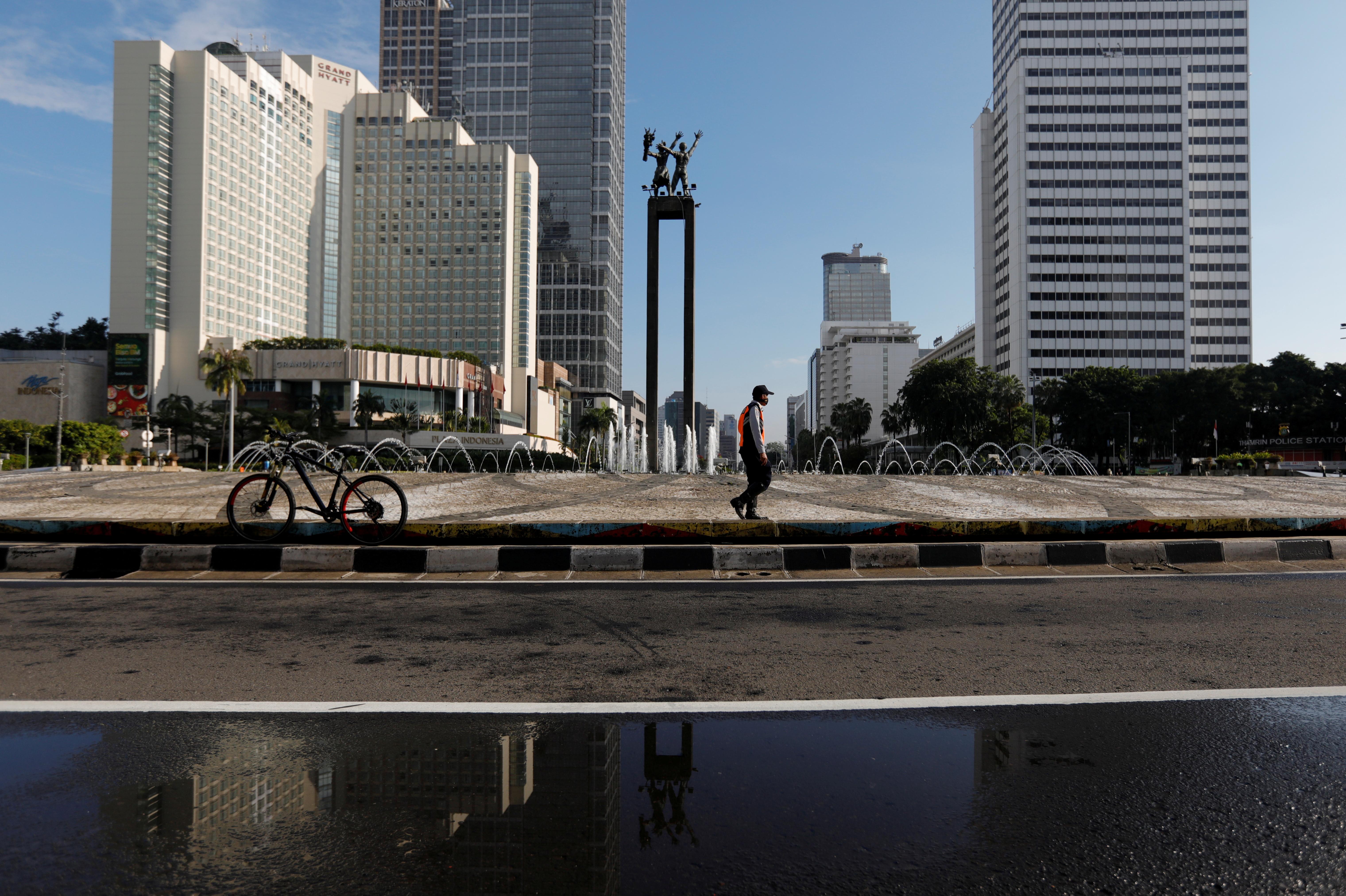 Meanwhile, a separate study showed the health system in the world’s fourth most populous country was likely to be overwhelmed by demand for intensive care units even with strong efforts to suppress the outbreak.

President Joko Widodo has resisted pressure for a total ban on the Ramadan exodus, known in Indonesia as “mudik”, citing tradition and economic factors, instead seeking to persuade people to stay put and using only limited curbs on transport.

Health experts have already said that Indonesia faces a sharp rise in cases after a slow government response masked the scale of infections in a country that has already suffered 399 dead – more than any Asian country except China.

In a new model seen by Reuters, the University of Indonesia’s public health faculty forecast that if mudik proceeds, there could be one million infections by July on Java, the country’s most populous island and home to the capital Jakarta.

“If we don’t have mudik, we can keep the numbers from reaching that high,” said reasearcher Pandu Riono, adding that the model still forecast another 750,000 even without mudik.

Asked to comment, Abraham Wirotomo, an expert in the presidential office, said it invited input from researchers and would base its policymaking on the research.

Indonesia has recorded 4,557 infections so far, but modellers have estimated the real number could be far higher. Riono estimates it might have 250,000 cases already.

The study, which was presented to government officials on Sunday, cites a government survey that says 7% of the total population in the Greater Jakarta area of around 30 million people are considering travelling.

Last year, around 19.5 million people went on mudik, according to the government.

Curbs to allow public transport to fill only half their seats, and to limit occupation of a private car and motorcycles, were not enough to stop cases rising, Riono said.

He declined to say how many additional deaths mudik might trigger, but his group of researchers predicted last month there could be over 140,000 deaths and 1.5 million cases across Indonesia by May unless the government takes tougher action.

Separately, modellers led by the Institute of Technology Bandung (ITB) forecast Indonesia would need 180,000 Intensive Care Units (ICUs) under its best-case scenario, which sees infections rising to 1.6 million in the country of 260 million people.

Health ministry data in March showed Indonesia had just 8,413 ventilators, essential to treat people with respiratory illnesses. That is less than 5 per cent of ventilators required for the peak of the outbreak.

Indonesia has been attempting to get more ventilators from abroad but had found that difficult so was coordinating with companies to try to “reverse engineer” them, Industry Minister Agus Gumiwang Kartasasmita told Reuters. He hoped to have a prototype by the end of April.

The ITB modelling found that under a scenario with weaker government measures and 5.5 million cases peaking in July, 600,000 ICUs would be needed.

Baby otter that loves ice melts the internet after being rescued

Big payout: Tauranga business ordered to pay thousands of dollars to man who worked up to 80 hours a week