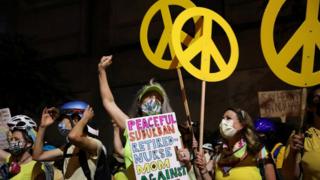 Anti-racism protests have been taking place in Portland, Oregon, for almost two months – but in recent days they have been joined by a growing number of “moms”.

The “Wall of Moms” – as they have been dubbed – have been acting as a human shield between the protesters and the federal troops sent in to disperse them. 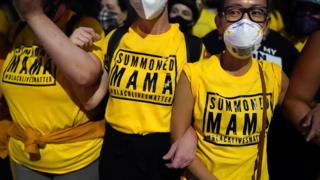 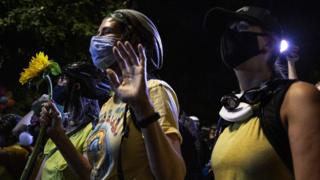 Some sang a lullaby: “Hands up please, don’t shoot me”. 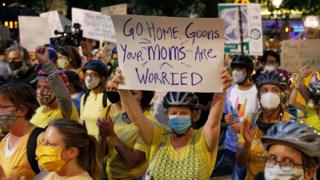 Portland mum Bev Barnum put out a call for a “wall of moms” on Saturday in a Facebook post.

She told CNN she was moved to act after watching media reports of federal officers “displaying obvious human rights violations”. 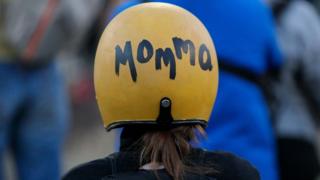 Tensions have been rising in Portland since President Trump sent federal troops into the city to quell nightly demonstrations over the police killing of George Floyd in May. 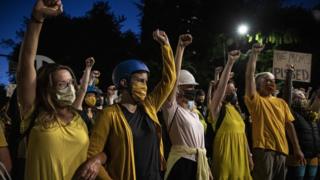 President Trump says he is trying to restore order, but local officials accuse him of using it to try to boost his chances of re-election in November. 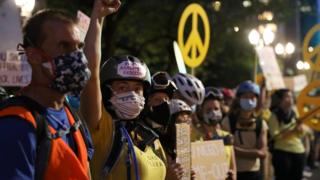 Federal officers in unmarked vehicles have appeared to be forcefully seizing protesters from the streets and detaining them. Tear gas has also been used. 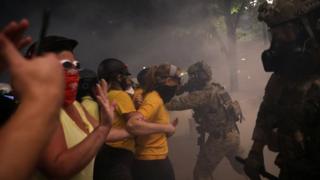 With as many as 2,000 mums now expressing an interest in joining the movement, it does not look like the protests will be ending any time soon. 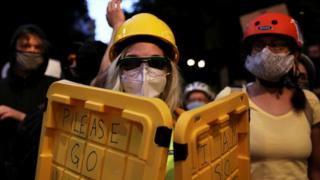 All photos subject to copyright