TEGUCIGALPA (Reuters) – Poor Hondurans who were barely eking out a living selling basics on the capital’s gritty streets prior to the coronavirus outbreak are now sleeping on those same streets as they can no longer afford their rent. 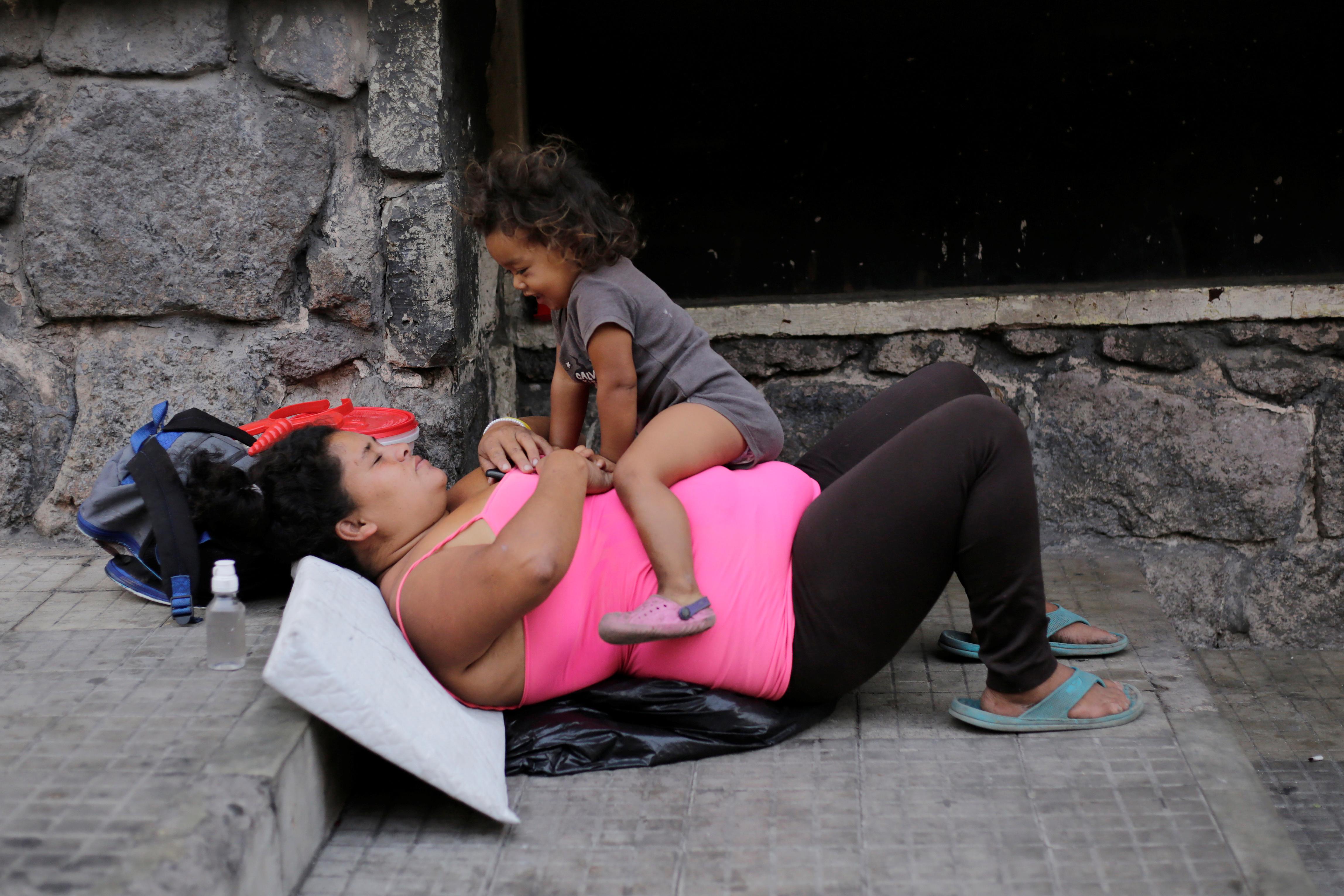 Perla Maradiaga, a 35-year-old mother of two, had been selling water from a street stand, but now begs for donations after her sales collapsed since the government last month ordered offices and schools closed in an effort to contain the pandemic.

“This way you can get some food so your stomach isn’t empty,” she said, sitting on the ground with her 2-year-old daughter in her arms. “But sometimes we can’t get nearly enough to buy milk or diapers.”

Maradiaga is one of what locals say are at least three dozen informal economy workers in Tegucigalpa who can no longer afford the apartments they had previously been renting, and are now forced to spend the night on the streets, with no means of protecting themselves from infection.

She is especially worried that her kids will suddenly fall ill and will not be able to access proper care. “If they get sick, are we going to just wait until they die?”

Reuters spoke to several homeless people who said they had previously lived in tenements in the historic center of Tegucigalpa or in neighborhoods on the city outskirts.

Since March 25, the government has been delivering care packages of basic foodstuffs door-to-door, which include items like beans, rice, hand sanitizer, and face masks. They estimate that some 3.2 million people had received the packages.

But the newly homeless who Reuters spoke said that without their own place, they had received nothing.

Honduras has reported nearly 600 confirmed coronavirus cases to date, as well around 50 deaths.

Roughly 40% of the population was already living in extreme poverty, with half of those subsisting on $1 or less a day, according to data from the national statistics institute.

The ranks of the poor are expected to swell, with the economy forecast to contract by about 3% this year, according to the United Nations Economic Commission for Latin America.

“We’re all here because we don’t have anywhere else to go,” said Jose Cruz, a 27-year-old, who now camps out along with his mother.

“Kids, old people, women sleep here where it’s dangerous,” he said. “I’m asking the president to listen because the people on the streets are not animals.”