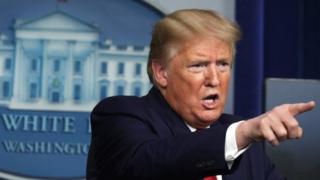 US President Donald Trump has said he will sign an executive order to temporarily suspend all immigration to the US to fight the coronavirus.

On Twitter, he cited “the attack from the Invisible Enemy”, as he calls coronavirus, “as well as the need to protect the jobs of our GREAT American Citizens”.

There are no other details so far.

It comes as the White House also argues the worst of the pandemic is over and the country can begin reopening.

The US has already agreed with both Canada and Mexico to extend border restrictions on non-essential travel until at least mid-May.

Travel has also been sharply restricted from Europe and China, though people with temporary work visas, students and business travellers are exempted.

The president’s announcement comes as the administration seeks to reopen parts of the US from the Covid-19 shutdown.

The reasons behind the move

Donald Trump’s efforts at governing by social media should always be taken with a sizable grain of salt. His track record on following through on Twitter directives is decidedly mixed. The details of his temporary ban on all immigration, announced a few hours before midnight on Monday, will shed considerable light on the breadth – and legality – of his actions.

Still, it is no secret that the president, and several key advisors, have long viewed immigration not as a benefit to the nation, but as a drain. And the text of his tweet, that the move is necessary not only to protect the nation’s health but also “the jobs of its great American citizens”, only emphasizes this.

There is little doubt the proposal, in whatever form it takes, will be vigorously opposed by pro-immigration groups, some business interests and the president’s ideological adversaries. That is probably just fine with a man who loves drawing political battle lines and goading his opponents whenever possible.

Four years ago, the president campaigned on an aggressive anti-immigration platform, including a total, if temporary, ban on all Muslims entering the country. Now, with an uphill re-election fight looming, he has found a similarly combative measure to champion. 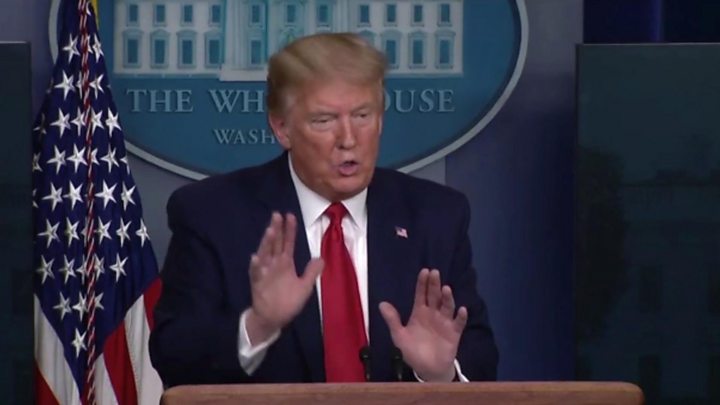 U.S. allows emergency use of 1st antibody drug for coronavirus