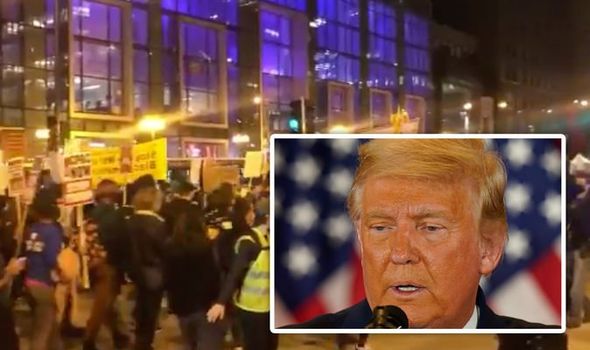 More than a hundred demonstrators marched on Michigan Avenue calling for the President to concede he had lost the chaotic election. The protesters were overhead chanting “count every vote” and “out now” as they blocked the streets of the Illinois capital. Police have set up barricades along Wacker Avenue to prevent the group from crossing the Chicago river over the Wabash Avenue bridge, which was lifted to stop any election-night clashes between Trump and Biden supporters. Mr Trump has claiming the Democrats are trying to “steal” the election, and has claimed he will go to the Supreme Court to force states to stop counting votes.