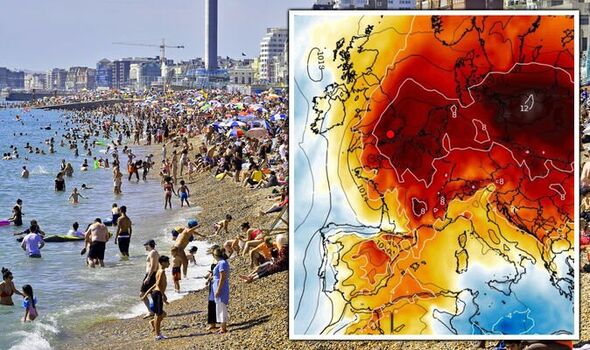 Forecasters now agree high pressure will dominate the bank holiday, blocking low pressure and rain from the Atlantic. But as scorching, dry weather grips the nation, experts fear barbecues and other heat sources could trigger a spate of wildfires.

Jim Dale, a meteorologist for British Weather Services, and an expert in weather impacts and safety, said: “Temperatures in southern and eastern Britain could reach 30C over the bank holiday as it now looks like high pressure will take control of the weather.”

“It will follow another dry week across much of southern England with temperatures starting to rise from mid-week.”

“However, because there won’t be any rain across the south, and with temperatures going back up, we are back into a wildfire situation.”

“People will be out and about, in forests and parklands, lighting barbecues and doing things that we haven’t seen much of over the past few weeks.”

“So, the wildfire risk is the one that sticks out for me the most over the weekend.”

While some rain has broken the drought, further sustained heat will turn swathes of the nation back into a tinderbox.

Mr Dale added: “It is a combination of the ground still being very dry, despite the limited rain we have had, and non-routine activities, such as barbecues in public spaces, that brings the risk.”

Temperatures will rocket to 30C today and again at the weekend in East Anglia while southern and central Britain sizzles in the high-20Cs.

Wales, western Britain, Scotland and the north will hover between 17C and 20C with more chance of rain.

Southern regions will continue to parch with only sparse showers in the forecast until after the bank holiday.

Britons across the Thames region and in Yorkshire will this week join Kent, Sussex, Hampshire, Wales and the Isle of Wight under hosepipe bans.

However, a surge of thunderstorms could move up from France tonight pelting East Anglia and south-eastern England into tomorrow morning. 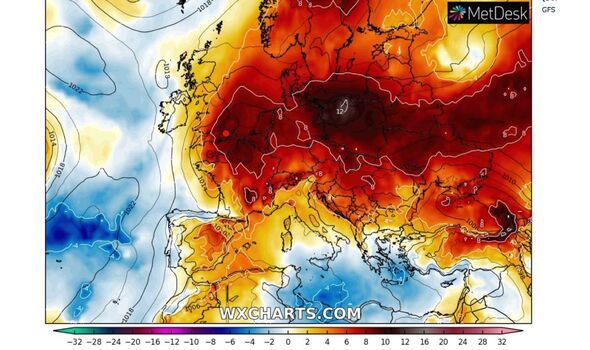 Met Office meteorologist Alex Deakin said: “Rain will last into Wednesday evening, and then we are looking down to the far south for the possibility of some heavy outbreaks drifting up from France and affecting East Anglia and parts of the southeast.”

“There is the potential for some thunderstorms on Wednesday night and perhaps into Thursday morning.”

“Looking into the weekend, it looks as though the dry weather will return with some sunny spells.”

Stifling humidity today will push temperatures to 30C across Sothern Britain, he added.

He said: “It will be a very warm and humid night on Tuesday, and a humid feel to Wednesday morning with a wetter start for many certainly across northern England and Wales.”

“For much of East Anglia and the southeast, it will be a very warm day perhaps getting up to 30C.”

“It will be cooler and fresher for Scotland and Northern Ireland although it will be pleasant under the sunshine.” 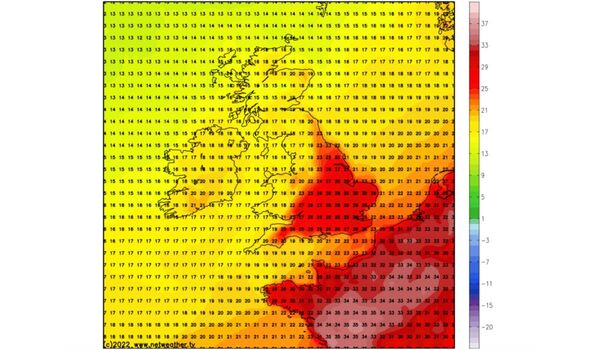 Soaring temperatures will bring the summer to a sizzling end as forecasters warn of an unsettled start to September.

High pressure will dictate how hot it gets over the three-day weekend, although a heatwave is unlikely.

Weathertrending meteorologist John Hammond said: “It looks most likely that high pressure will retain something of a grip on Britain through to the end of August.”

“The position of this high will be critical to temperatures.”

“It’s probable that it will be centred over, or to the north of, the UK for much of the time, preventing the very hottest southern European air from reaching our shores.”