South China Morning Post says it is the first sedition charge since the British handed over the city to China in 1997. 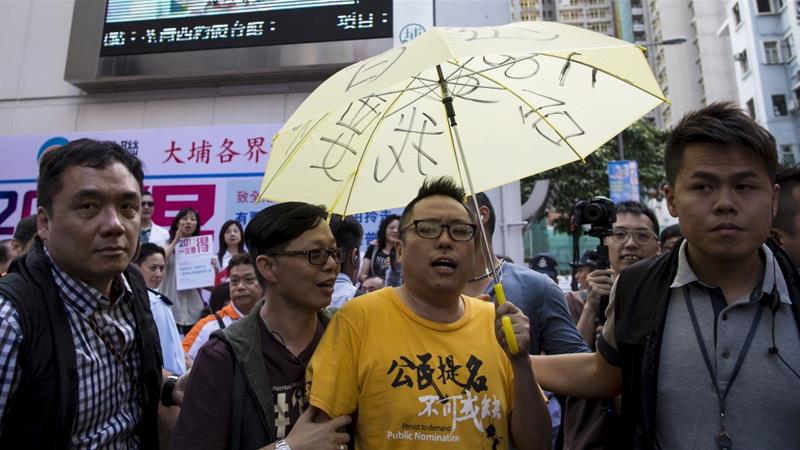 A prominent Hong Kong democracy activist has become the first person to be charged with sedition since the city was returned to Chinese rule as authorities widened their pursuit of critics in the financial hub.

He was arrested on Sunday by a new Hong Kong police unit formed to investigate national security crimes.

The case against Tam uses a colonial sedition law that has been on the books since 1938 and will deepen fears that speech is being increasingly criminalised in the semi-autonomous hub.

The South China Morning Post on Tuesday said it was the first sedition charge since 1997 when Hong Kong was handed over to China.

Tam’s prosecution came two months after Beijing imposed a separate national security law on Hong Kong to stamp out pro-democracy unrest, a move that drew condemnation from many Western nations and the United Nations’s rights experts.

China argued the sweeping new law was needed to plug a lack of national security legislation in the Asian financial hub.

Officers said Tam, 47, was held for “inciting hatred, contempt against the government and causing discontent and dissatisfaction among the Hong Kong people”.

Local media on Tuesday said Tam was denied bail and prosecutors gave examples of “seditious slogans” – including “Liberate Hong Kong”, “Revolution of our times”, and “Disband the police force”.

Tam is the latest in a line of government critics to face prosecution in the months since Hong Kong was rocked last year by huge and often violent pro-democracy protests.

Hong Kong authorities have been at pains to convince a sceptical public that freedoms will not be curtailed, but a climate of fear is sweeping the city under the new law.

Almost 300 people were arrested in Hong Kong on Sunday to show their opposition to the decision to postpone elections for the Legislative Council that should have been held on September 6.

Hundreds of protesters had taken to the streets to demonstrate against the year-long delay to the key polls, in which the pro-democracy camp was expected to do well.

Hours before Tam appeared in court, city leader Carrie Lam said criticism of the government would not violate any legislation.

“I can frankly say that criticising the chief executive will not become a violation as stated in the laws,” she said.

However, Lam added, “there are certain circumstances where the law restricts freedom of speech.”

Hong Kong returned to China with a guarantee of autonomy and freedoms for at least 50 years, but critics say the new security law undermines that promise and puts the territory on a more authoritarian path.

Supporters of the new law say it will bring more stability and plugs loopholes in national security because the Hong Kong administration has not passed the legislation needed under the territory’s mini-constitution. 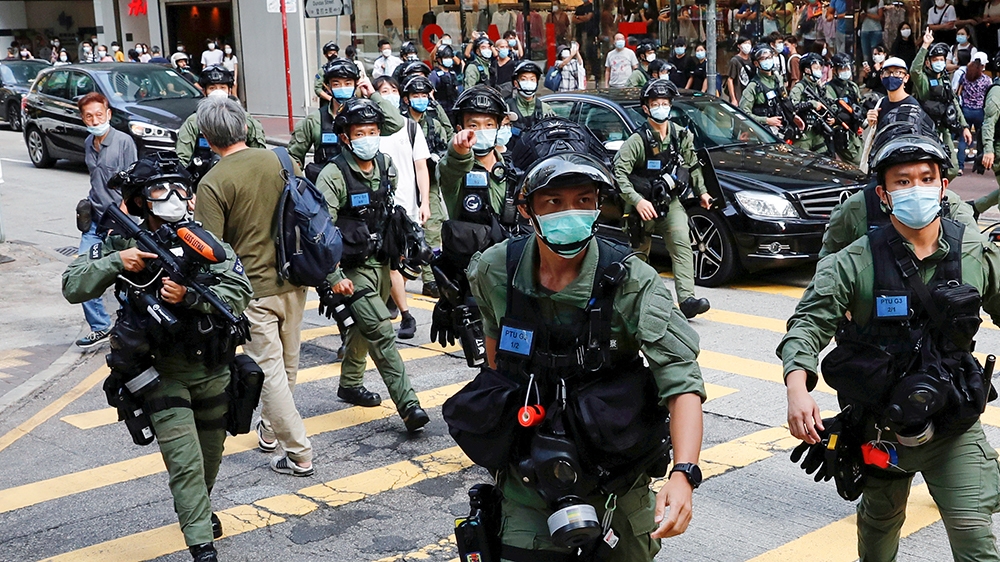