The extreme heatwave in the USA is getting more serious and conditions could worsen, becoming life-endangering. The heat index, which monitors air temperature and relative humidity in shaded areas, could see temperatures soar dramatically surpassing 46C (115F).

Stifling heat has plagued some regions of the US in recent weeks.

The worst of which has been seen over southern Plains and the southwest US lately.

However, the heatwave is also worsening into the central Plains.

A more stable pattern is forming into the weekend and next week, the heatwave with an extremely high heat index is forecast to spread across the midwest, southeast and towards the Great Lakes. 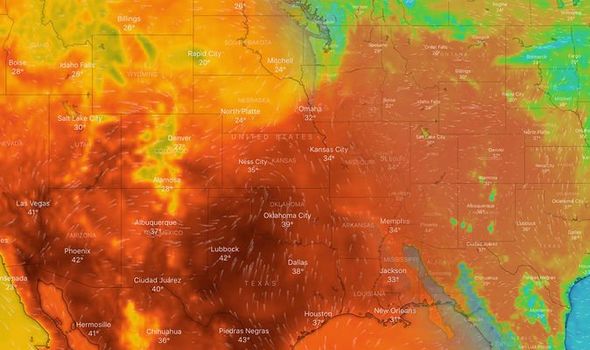 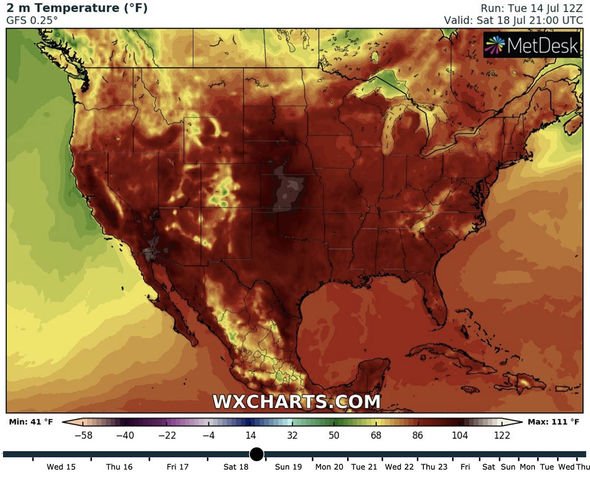 On Tuesday weather forecasters predicted the hottest heat would be predominantly focused across the southern plains and the southwest.

Texas is predicted to experience the hottest weather, with up to 46F (115F) forecast over western areas.

The states of Oklahoma, New Mexico and Arizona are also predicted to see temperatures peak at around 43C (110F).

The heatwave is likely to continue throughout this week, with conditions spreading into the High plains. 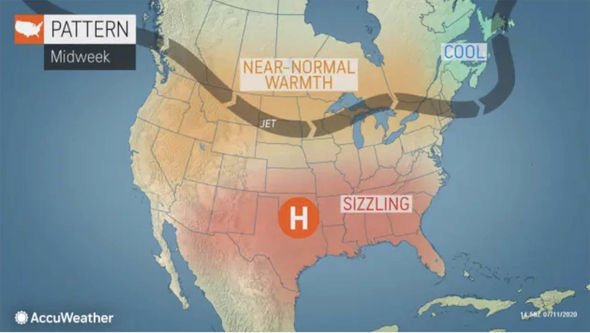 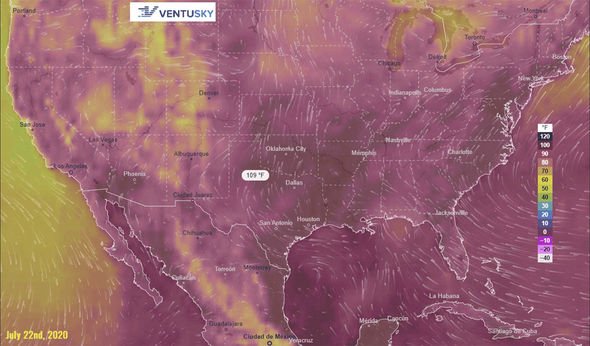 Over the coming weekend, the scorching temperature will relent slightly in the south of the country.

But northern areas of the USA will see temperatures rise.

Extremely hot days are likely to be reported across the central and northern Plains on both Saturday and Sunday.

Peak afternoon temperatures across states in these regions will surpass 41C (105F).

Due to a combination of strong evapotranspiration from the crops and moisture advection from the deep south, the heat index could surpass 43C (110F) in the Dakotas and across the south and southeast.

Residents from the California valleys to the Mississippi River are expected to see temperatures continue in this manner hitting well above 38C (100F) through mid-July.

Excessive heat warnings were put into place until Monday evening, from Southern California to southeast Arizona.

In total a 2,000-mile stretch was covered by these heat warnings, meaning nearly 50 million people were impacted by the dangerous heatwave. 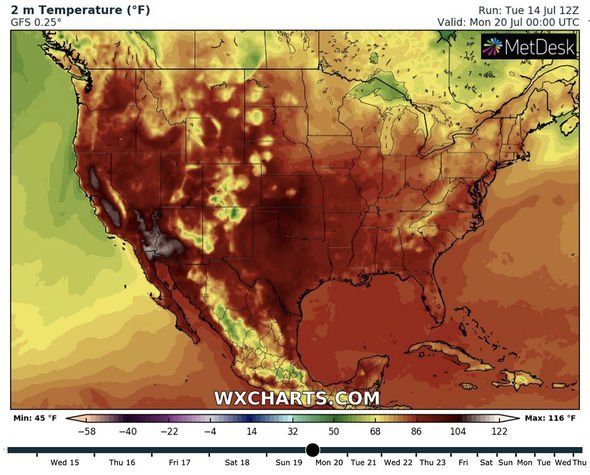 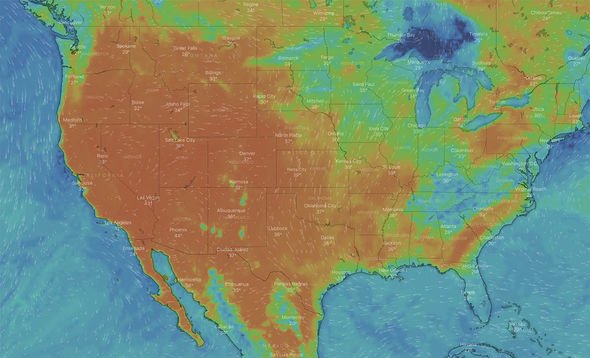 On Monday, Amarillo and Lubbock in northwestern Texas both set all-time record high temperatures for the month of July at 43C (110F).

For Lubbock, this means Monday was one of its top seven hottest days of all time.

A northward bend in the jet stream will continue to help keep the heat locked over the Southwest and also allow it to nudge eastward into the south-central US through the middle of the week.

Early next week, a stable pattern of extreme heat will develop across much of the US due to an extensive upper ridge developing.

The heatwave is likely to cover most of the midwest, southeast and towards the Great Lakes.

Weather experts predict the heat index could hit close to 49C (120F) locally as an air mass advection from the Gulf pushes extreme heat across the south.

These temperatures could prove deadly according to forecasters.

An Accuweather senior meteorologist said the heat could be dangerous for many in the coming days.

He said: “When combined with higher humidity levels, it could feel worse to some people when compared to that of the Southwest, especially in heavily urbanized areas where there is little breeze during the afternoon and early evening hours.”

Racism in Russia: Stories of prejudice