The mercury is predicted to rise this week as high pressure from the Azores pushes blistering heat across most of the UK following weeks of wet and windy weather. At the moment, temperatures are expected to climb to 26C in London, Kent and Essex in the southeast on Friday, June 11, according to the latest heat maps from Weather Outlook. Norwich, Doncaster and Birmingham could bask in 22C on the same day, while Brighton and Southampton bakes at 24C.

Further north, temperatures may be slightly cooler at 16C in Manchester and Leeds.

However, Brian Gaze, a forecaster at Weather Outlook, predicted temperatures on Friday could potentially climb higher than the hottest day of the year so far, which saw sizzling highs of 28.3C hit London on Wednesday, June 2.

He said: “Temperatures won’t be too far from the average to begin with, but as we go through the mercury rises.

“The warmest day of the year so far was June 2 when 28.3C was reached at Northolt in London. 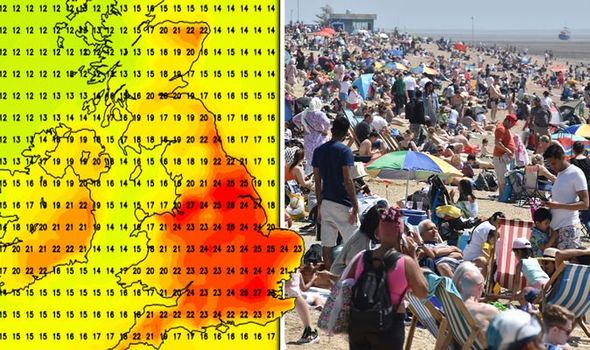 “It looks as though that could be beaten between Friday and Sunday, but there is some uncertainty.

“The GFS 06z chart below for Friday, June 11, has maximum temperatures of 26C in the London area.

“Given the tendency of the GFS to undershoot, I wouldn’t be surprised if 28C was recorded. It goes on to show values rising through the weekend.”

Mr Gaze added temperatures could also soar to 30C next week, although they may not stick around for long as cooler air then pushes in. 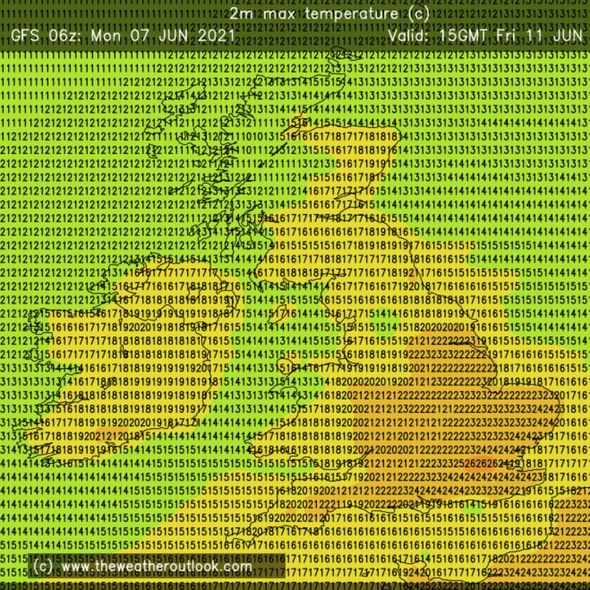 Mr Gaze said: “There are signs of cooler air returning from the Atlantic early next week, but the details and timing of the transition are uncertain.

“However, there is a realistic possibility of 30C being reached in the UK for this first time this year before temperatures dip.

“Things are more mixed the further northwest you go due to an Atlantic influence.

“In many ways, this is a typical pattern for the UK summer, with the Azores high pressure having more influence over the southern half of the country.” 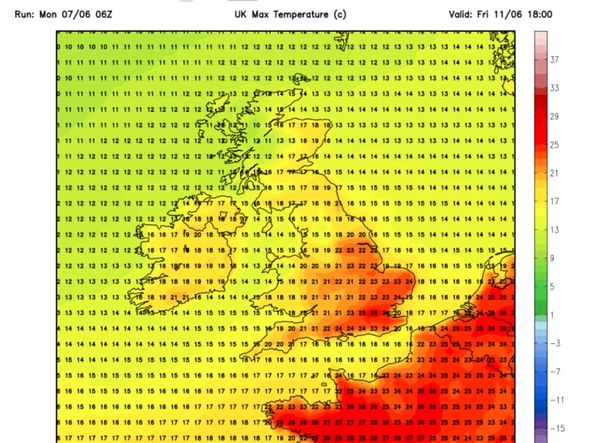 He said: “High pressure that builds in strongly towards the end of next week should begin a slow westward trek in mid-June, gradually shifting away from the UK and into the North Atlantic.

“Mid-June is likely to remain warmer and drier than normal for a time as high pressure lingers near enough to deflect weather fronts. 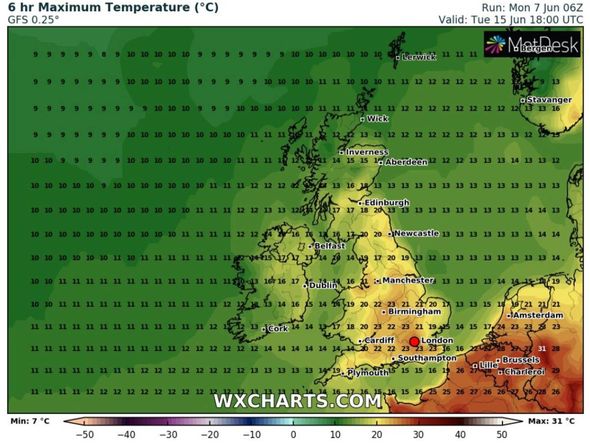 “Temperatures are likely to be above average for most and may be slightly warmer than we expect for next week.”

The Met Office added the warm weather could linger until July, although it may be interrupted by brief spells of rain.

The forecast between Saturday, June 21, and Sunday, July 4, said: “A good deal of fine and dry weather across much of the UK for the end of June, although there could be a few showers in places and perhaps some rain in the far north at times.

“Temperatures are likely to be above average. By the end of June and into early July, conditions will probably become more unsettled with an increasing chance of rain spreading across the UK.” 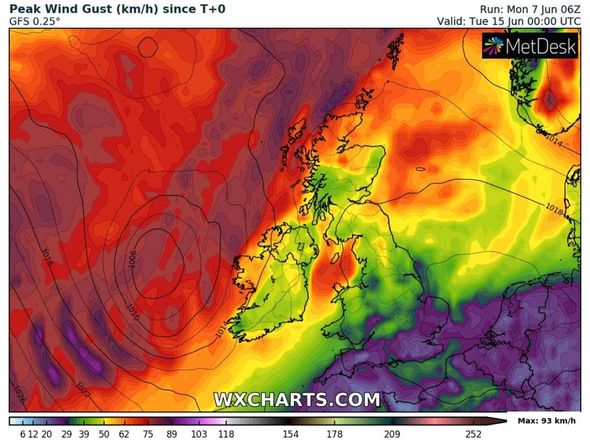 Jo Farrow at Netweather also said warm weather should stay until at least next week.

She said: “By midweek and onwards southeast Britain will be seeing temperatures in the mid 20sC, sunshine, light winds and fine weather.

“Moray and North Aberdeenshire will do well in the southerly flow with warmth thanks to the Fohn Effect, where air dries out and warms after lifting over a mountain range.

“June is doing well, there is lots of fine, sunny and warm weather for the next week.”

Habib Chaab: Files show how Iranian dissident was kidnapped in Turkey after ‘honeytrap by Iran’