The teenage climate change activist has been a staunch critic of Mr Trump throughout his tenure in the Oval Office over his scepticism on environmental issues. Mr Trump cut a sombre figure as he gave a fist bump to staff members and members of the media from the steps of Marine One on the South Lawn.

Greta tweeted a snap of the historic moment and said: “He seems like a very happy old man looking forward to a bright and wonderful future. So nice to see!”

The Swedish activist effectively took Mr Trump’s words about her and threw them back at him.

Greta gave a highly emotive speech back in September 2019 to the United Nations Climate Action Summit, calling on world leaders to urgently address the climate crisis.

Mr Trump mocked her in a sarcastic tweet, saying: “She seems like a very happy young girl looking forward to a bright and wonderful future. So nice to see!” 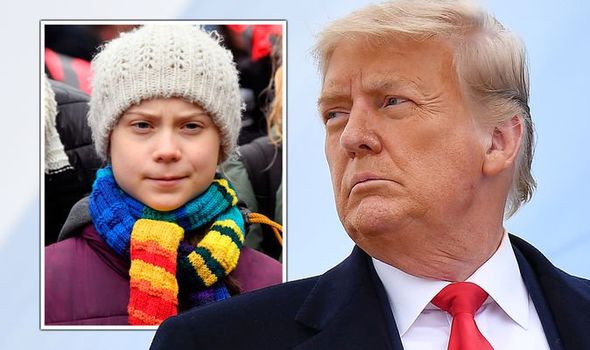 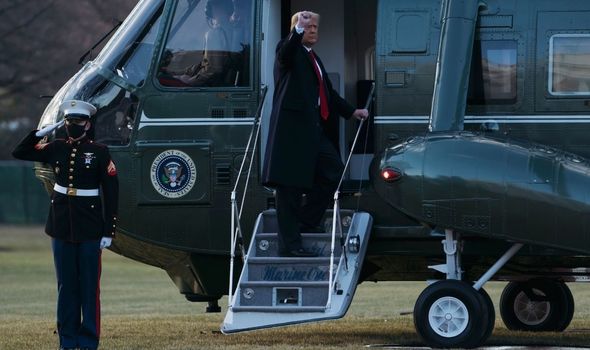 Greta, 18, has in the past hit out at Mr Trump’s denial of the threat of climate change.

After entering the Oval Office in January 2017, he rolled back every major US regulation aimed at combatting climate change.

Mr Trump was whisked out of Washington this morning with his wife Melania, after the pair chose not to attend the presidential inauguration. 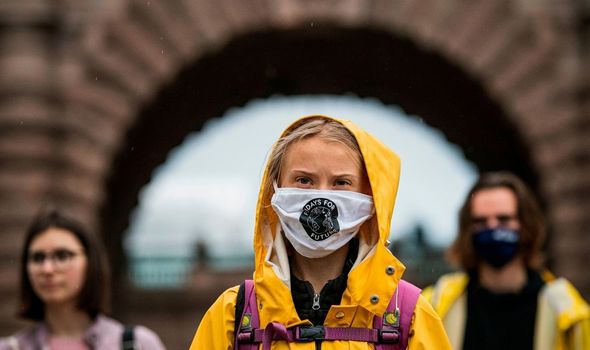 The Democrat will waste little time trying to turn the page on the Trump era, according to advisers.

They said he will sign 15 executive actions on Wednesday on issues ranging from the pandemic to the economy to climate change.

The orders will include mandating masks on federal property, rejoining the Paris climate accord and ending Mr Trump’s travel ban on some Muslim-majority countries.

Although Mr Biden has laid out a packed agenda for his first 100 days, including delivering 100 million COVID-19 vaccinations, the Senate could be consumed by Mr Trump’s upcoming impeachment trial, which will move ahead even though he has left office. 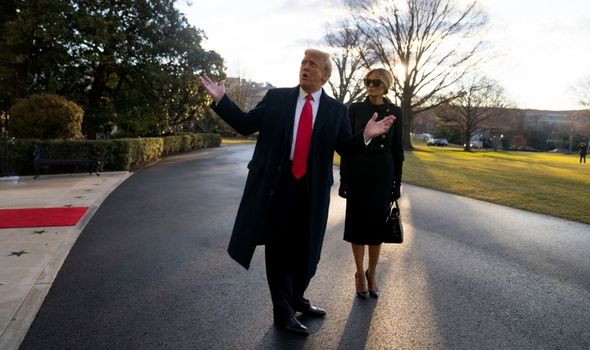 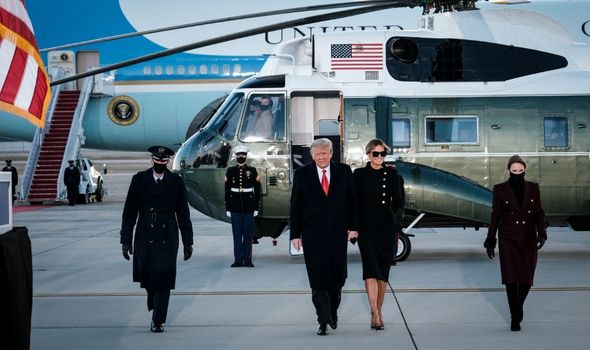 Congratulations for the new president poured in from around the globe, including from Number 10.

Boris Johnson said he looks forward to working with the Democratic successor to Mr Trump.

The Prime Minister said America’s leadership is “vital” to the rest of the world, from tackling the climate crisis to the coronavirus pandemic.

Shortly before his inauguration, Kamala Harris made history as the first woman to become vice-president, as well as the first black person and the first person of South Asian descent to  serve in the role.

Donald Trump issues warning to US in final speech: ‘I told you so’

Mr Johnson tweeted: “Congratulations to JoeBiden on being sworn in as President of the United States and to Kamala Harris on her historic inauguration.

“America’s leadership is vital on the issues that matter to us all, from climate change to COVID, and I look forward to working with President Biden.” 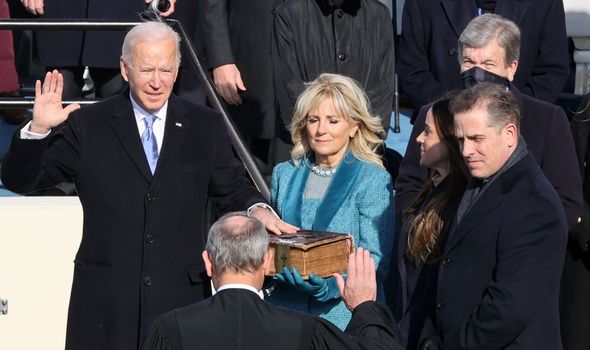 Lady Gaga was given the honour of singing the national anthem at the ceremony.

She said: “My intention is to acknowledge our past, be healing for our present, and passionate for a future where we work together lovingly.

“I will sing to the hearts of all people who live on this land. Respectfully and kindly, Lady Gaga.”