(Reuters) – The global death toll from the coronavirus approached 800,000 on Saturday, according to a Reuters tally, with the United States, Brazil and India leading the rise in fatalities. 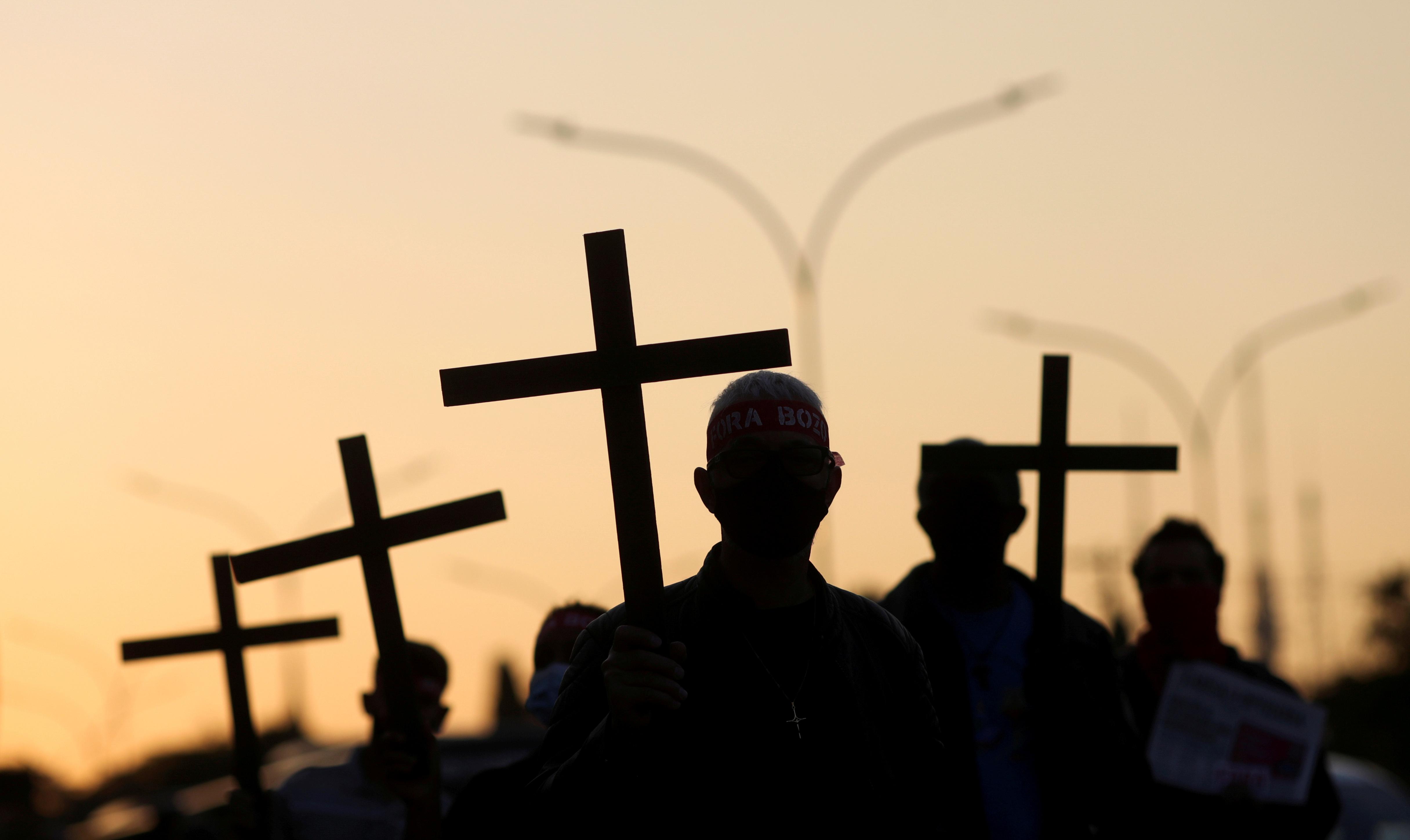 Nearly 5,900 people are dying every 24 hours from COVID-19 on average, according to Reuters calculations based on data from the past two weeks that ended on Friday.

That equates to 246 people per hour, or one person every 15 seconds.

The U.S. death toll surpassed 170,000 on Sunday, the highest in the world. While the number of new cases is down from a peak in July, the country is still seeing over 360,000 new cases a week.

Many public schools and universities reopened classrooms to students despite positive test rates of nearly 20% in some parts of the country. Less than a week after welcoming students, some schools are switching to online-only learning due to a spike in infections.

India is only the third country, behind Brazil and the United States, to record more than 2 million infections. It has a relatively low case fatality rate of 1.9%, compared to the world average of 3.5%, but that may be due to underreporting.

Case fatality rates are about 3% in the United States and Brazil.

Health experts have raised the alarm that Brazil and the United States still have no coordinated plan to fight the pandemic, as many officials focus on reopening schools and businesses, which is likely to worsen the outbreak.

Brazil’s death toll from COVID-19 passed 100,000 on Aug. 8 and continues to climb as most Brazilian cities reopen shops and dining even though the pandemic has yet to peak there.