Germany made a barbed attack on Liz Truss’s economic plan, announced by Chancellor Kwasi Kwarteng last week, over the market nerves it sparked. Confirming a new €200billion (£177billion) package of measures to freeze gas prices, Olaf Scholz’s finance minister, Christian Lindner, said it would be “effective” unlike the UK’s.

He also shelved a rise in National Insurance put forward by predecessors Boris Johnson and Rishi Sunak, and scrapped the cap on bankers’ bonuses.

Many on the right hailed the announcement as a return to conservativism in Government.

But the sweeping changes – which came without an accompanying economic forecast – made the markets jittery and saw the pound slump to record lows against the dollar earlier this week. 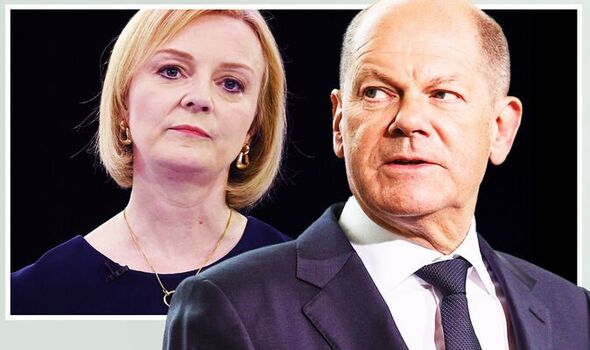 After falling to $1.03 on Monday, it has since regained ground and was trading at $1.10 this afternoon – a faster recovery than that made by the Euro.

However, the Chancellor’s speech to the House of Commons last week contained £45billion in unfunded tax cuts, which without a financial forecast raised concerns among investors about the stability of Government debt.

This led to a massive sell-off in the UK gilt market. Gilts are Government bonds, which are issued when it needs to borrow money, and are vital to the Government’s finances.

On Wednesday, the Bank of England said it would buy long-dated gilts to stabilise the market after a “significant repricing” of Government debts that “would be a material risk to UK financial stability”. 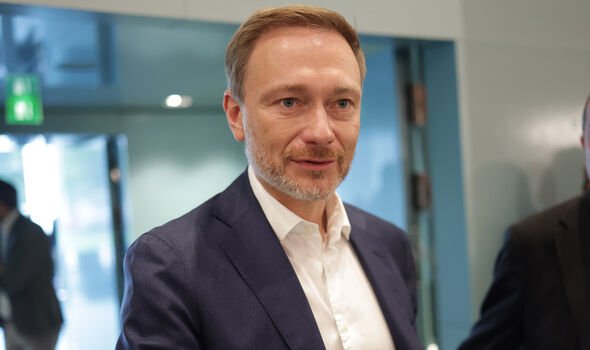 This intervention saw yields in 30-year bonds drop significantly, which occurs as investors buy the gilts.

After announcing a freeze on energy bills in the UK, the German Government announced similarly that it would introduce a cap on gas and electricity prices, which it too would finance through borrowing.

Berlin has suspended its limit on new debt this year, and the relief package would be financed by taking on new loans, Mr Lindner said today.

It comes as inflation grew to 10.9 percent in September in Germany, according to the latest figures. 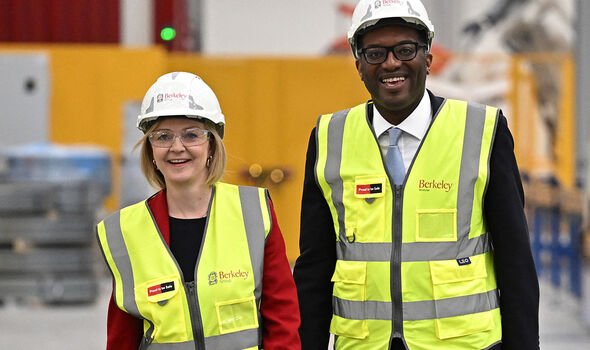 Mr Scholz described the new package as a “defensive shield”, adding: “Prices have to come down, so the Government will do everything it can.”

Mr Lindner said: “We want to clearly separate crisis expenditure from our regular budget management, we want to send a very clear signal to the capital markets.”

But in a broadside against Ms Truss, he added: “Our relief package is effective […] we don’t want to follow the UK’s path.”

Germany is also more deeply affected by the energy crisis in part caused by the war in Ukraine; Russia until recently supplied more than a third of the EU’s natural gas, and over half of Germany’s. 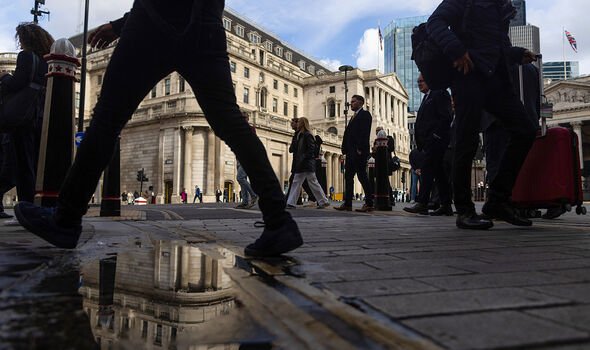 On the other hand, the UK had a small proportion of its energy come from Russia, but the cost of wholesale energy has been pushed up by the increased demand in the global market.

The EU has been making inroads into divesting itself from Russian fossil fuels since the war began, and both it and Germany mothballed the Nord Stream 2 pipeline early on.

However, the situation has grown more acute this month, after Russian state-owned energy firm Gazprom said Nord Stream 1 would not come back online after it was closed for temporary maintenance.

EU officials have accused Russia of using it as a pretext to shut off gas supply to Europe as it heads into the winter, leaving European leaders scrambling to shore up energy supplies.

Kevin OBrien, wanted in Lakewood for a child sex assault case is arrested in Virginia.