About 1,000 people took to the streets of the German capital on May Day to illegally vent their fury over strict social distancing rules in place in the city. The stringent measures have been enforced since mid-March, with pressure groups growing weary of the restrictions on their personal freedoms. Centred in the city’s bohemian Kreuzberg district, the left-wing protests came on Labour Day, an annual holiday for workers’ rights.

Great Big Lockdown Survey: Tell us what life’s like for you by answering THESE questions!

Leftist groups called for the protests to denounce capitalism and call for greater solidarity with refugees seeking to reach Europe, Aljazeera reported.

Police blocked roads around the main square in order to preempt the notorious violent clashes of previous demonstrations and to prevent more people joining what a police spokeswoman said were illegal gatherings.

She said: “We have prevented the parade from growing bigger and are using loudspeakers to urge people to disperse.” 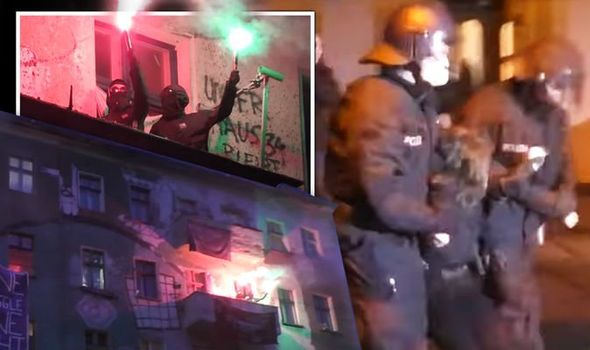 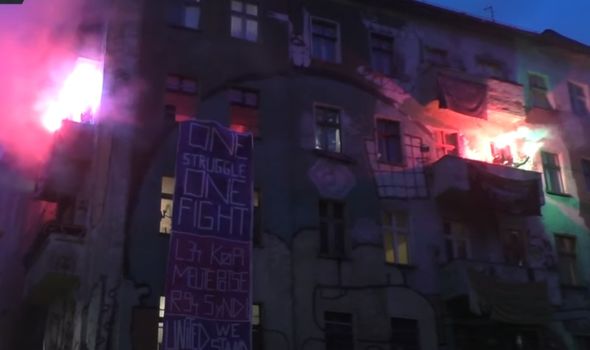 German news outlet DW also reported there was at least one outbreak of violence, with a camera crew working for German broadcaster ZDF suffering a brutal attack in the centre of the city.

According to the DW, police said the apparently unprovoked attack was launched by a group of seven people. But the number was later revised to 15.

A total of six people had been arrested, police said.

They added the reason for the attack was not immediately clear.

“Our first concern in this instance, however, is with the team members and their health.”