BEIRUT (Reuters) – A French roadmap for Lebanon’s next government calls for the immediate resumption of talks with the International Monetary Fund to fix the shattered economy and swift moves to fight graft and introduce other reforms that have been delayed for years. 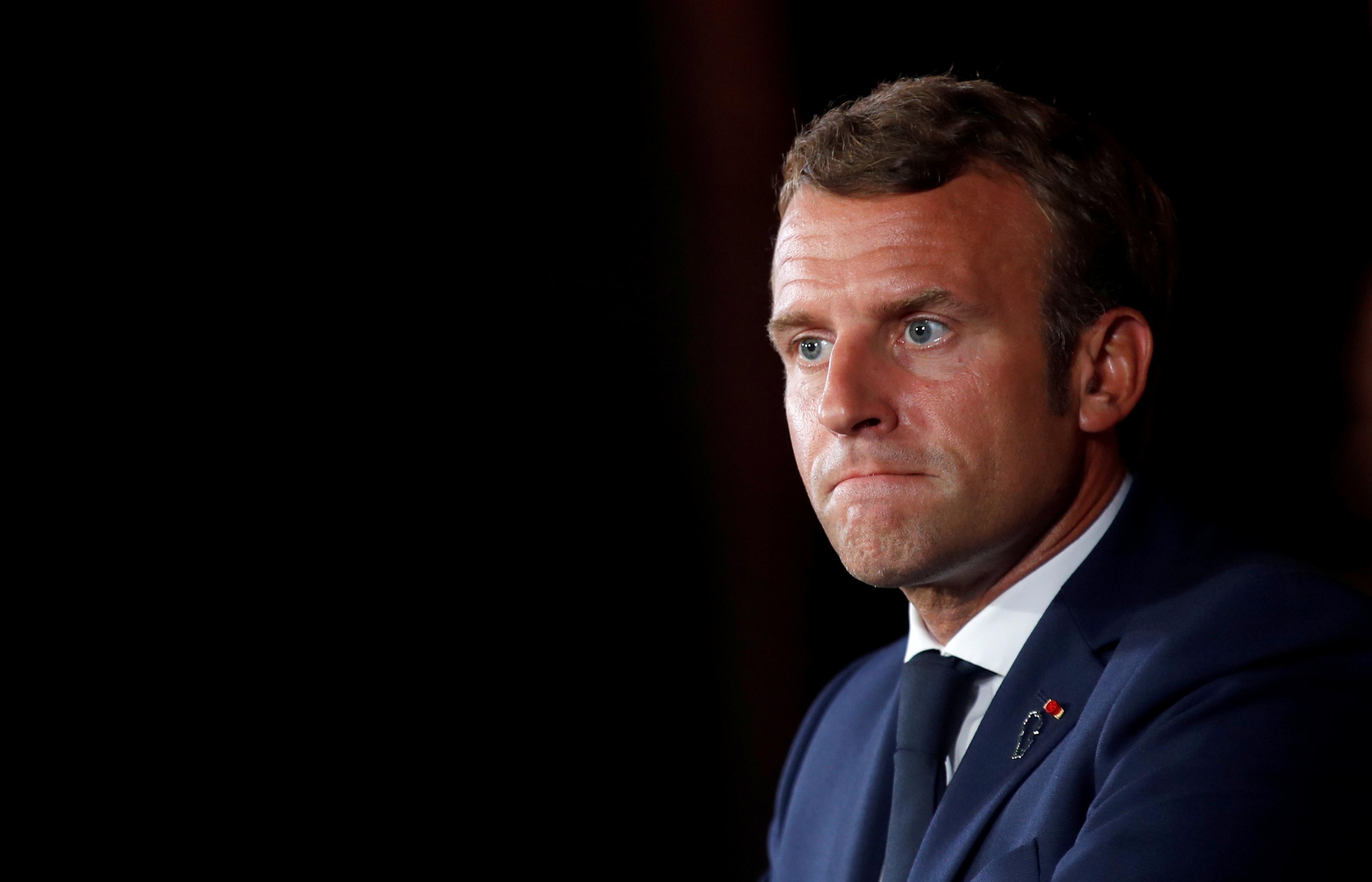 The draft program was reviewed by Reuters on Wednesday, a day after French President Emmanuel Macron on a visit to Beirut delivered a stark message to Lebanon’s leaders: deliver on reforms by the end of October or face sanctions.

Macron, whose pressure prompted Lebanon’s bickering leaders to agree on a new prime minister, has spearheaded international efforts to set Lebanon on a new course after decades of corrupt rule led to its deepest crisis since the 1975-1990 civil war.

Lebanon’s banks are paralyzed, its currency has crashed and sectarian tensions are rising. On top of that, a huge port blast last month smashed a swathe of Beirut, killing more than 190 people and causing damage estimated at up to $4.6 billion.

Reuters obtained the draft, which lays down detailed demands in line with Macron’s call for “credible commitments”, from two Lebanese officials. It was also reported by Lebanese media.

The French presidency and Foreign Ministry did not immediately respond to a request for comment.

Within 15 days of taking office, Lebanon’s new government should have set out a timeframe for IMF talks, the draft says.

Within a month, it must implement an IMF-approved capital control law, start auditing the central bank and launch reforms to the electricity sector, which still cannot provide the nation of about 6 million people with 24-hour power.

Also within a month, it should scrap current plans to build a controversial power station in Selaata, north of Beirut, and set up a national anti-corruption authority.

Mustapha Adib, the former ambassador to Germany, was designated prime minister hours before Macron arrived. Before taking up the post, he must secure approval for his cabinet, which usually takes months. Macron set a two-week deadline.

“The challenges are overwhelming and cannot bear delay,” Adib said after meeting politicians on Wednesday.

Lebanon’s talks with the IMF were launched in May but stalled in July as the government argued with the political parties and banks about the scale of losses in the banking system, which had largely funded a mountain of public debt.

Mohanad Hage Ali of the Carnegie Middle East Center said the reforms would be a challenge for the political elite as it would make it tough to finance their networks of influence.

“It shifts politics from the old regime, which looks at public services as a set of spoils, into a new economy in which the old practices cannot go on,” he said.

But a senior political source said parties were making some concessions, partly due to French pressure. “It is ambitious but with (Macron) coaching Lebanon, it might work,” the source said.

While Macron has led international diplomacy on Lebanon, other powers still have considerable sway, such as Iran via its ally the heavily armed Muslim Shi’ite party Hezbollah.

Saudi Arabia, Iran’s regional rival, has exercised influence over Lebanon’s Sunnis and the United States, which lists Hezbollah as a terrorist group, is a major donor.

Hezbollah official Mahmoud Qamati told Hezbollah’s al-Manar TV he saw regional and international cooperation over Lebanon. “Therefore this is an opportunity for this government to solve some of the crises at least, if not all of them,” he said.

The Lebanese Forces, a Christian party staunchly opposed to Hezbollah, said expert ministers in the new government must act independently without having to consult a political master, unlike the previous cabinet now acting as caretaker.

Gebran Bassil, head of the biggest Christian party, the Hezbollah-allied Free Patriotic Movement (FPM), said “if this government does not succeed it means we are going towards a bigger catastrophe”.