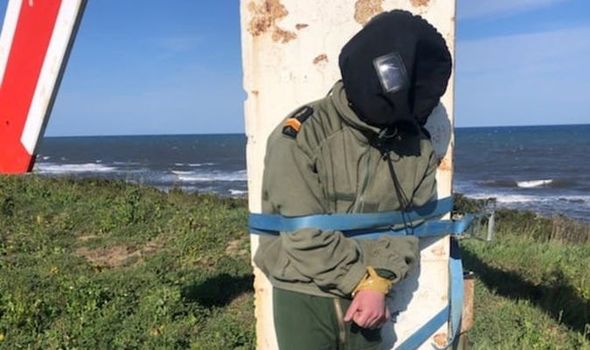 The unnamed pilot has filed a legal complaint over allegations air force colleagues tied him to a target as part of a terrifying hazing ritual at the Solenzara air base on the Mediterranean island of Corsica in March 2019. He said he was bound, blindfolded and forced into the back of a pickup truck before being driven away at breakneck speed.

The legal complaint alleges that after being removed from the vehicle he was tied to a post with a red cross over his head.

The pilot then said he heard what sounded like fighter jets opening fire and dropping shells around him for around 20 minutes, with munitions landing at an estimated distance of 500 metres (1,640 feet).

The complaint reads that “simulated shots” were also fired directly towards him.

He then claims he had to return to the vehicle by jumping as his legs were tied together. 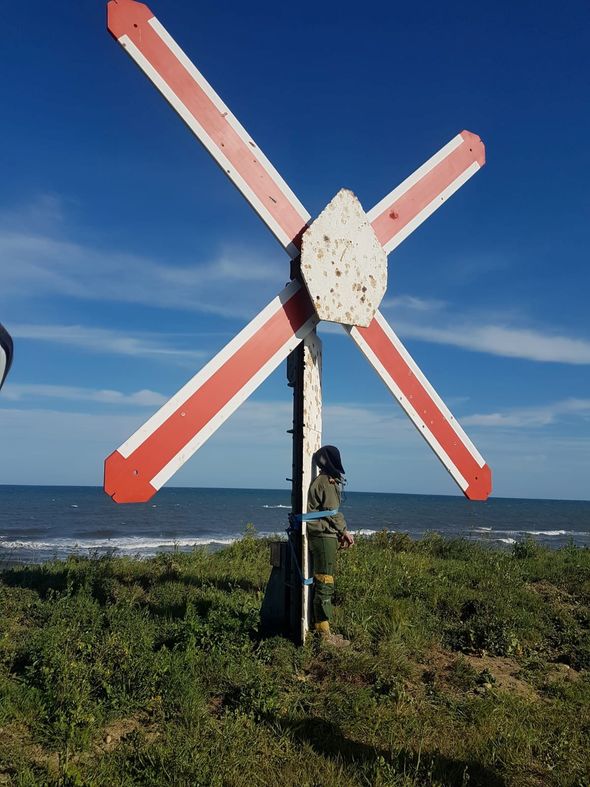 The pilot is now suing the air force for “aggravated voluntary violence” and “deliberately placing others in danger” by “professionals, army staff and ranked officers”.

Those allegedly involved were identified as they filmed the incident and posted it on a WhatsApp group.

One of the pilot’s lawyers, Silvio Rossi-Arnaud, said: “They played Russian roulette with Mirages.”

Mr Rossi-Arnaud said that the prank was costly to the taxpayer as “an hour of Mirage flight costs €15,000 in kerosene”.

He added: “They are playing with top-level military equipment in a monumental waste of public money.”

A spokesman for the French Air and Space Force, Colonel Stéphane Spet, said the images were genuine.

But he said they gave the wrong impression that the aircraft were directing fire at the pilot who was tied to the target. 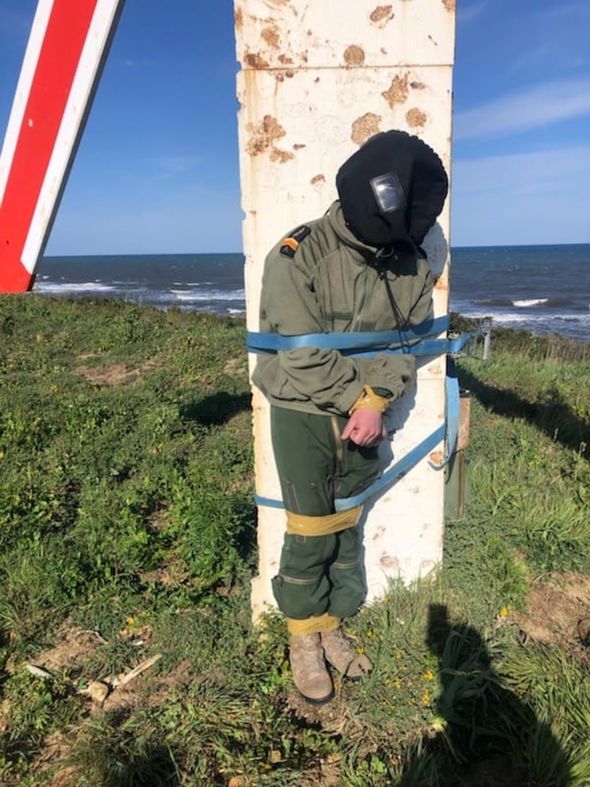 He added that the closest any munition round came to him was about one kilometre (0.62 miles).

He told CNN that after an internal inquiry “firm sanctions were therefore pronounced, including restriction to barracks, a serious sanction in an officer’s and pilot’s career”.

However, another lawyer for the pilot, Frédéric Berna, said he had never been informed of sanctions.

He added: “They show the total impunity that exists in the Air Force.”

He said the pilot was “no longer hoping for anything” in his military career but “awaits for justice to recognise him as a victim”.

“He hopes that the institution will put these institutionalised hazing practices to an end, for future recruits,” Mr Berna added.