A French minister has backed the Paris police chief after clashes at the dismantling of a migrant camp in the capital this week.

An investigation is under way after pictures were posted on social media showing police officers hitting demonstrators on Monday.

It happened while officers were moving to clear out tents.

Interior minister Gerald Darmanin called the images “shocking” and said the officers who carried out the violence would be punished. 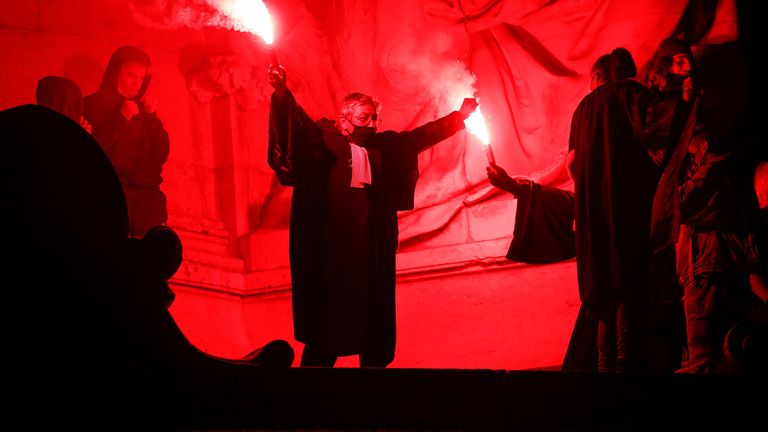 He told France 2 television: “I reaffirm my confidence in the police prefect [Didier Lallement]… I am not going to blame all police officers who intervened in this square, nor the prefect of police for the actions of a few of them.”

France has moved towards a tougher stance on illegal migration in recent years amid rising numbers of arrivals.

Most have come from countries in the Middle East following instability in the region.