Persistent rain will hit vast swathes of the UK today, according to the latest Met Office forecast. The agency has issued a raft of weather warnings amid the threat of flooding across the country this weekend. Amber warnings are in place for the east coast of Scotland today, stretching from Aberdeen to Dundee as the Met Office warned “homes and businesses are likely to be flooded, causing damage to some buildings”.

A second amber warning is also in place for much of Wales and parts of the south west of England – including Gloucester, Bath and Bristol down towards Exeter, Bournemouth and Weymouth.

The warning reads: “A band of rain will become slow moving and heavy across Wales, the West Midlands and into southwest England. This is likely to bring flooding and some disruption to travel.

“Many places will see 25 to 50mm of rainfall, with totals of 70 to 90mm expected over higher ground of Wales and southwest England as well as the potential for over 120 mm in some of the most exposed high ground of Snowdonia and Exmoor.

“The unusual wind direction associated with the rainfall will mean that the peak rainfall totals are likely to occur in some areas that are usually well sheltered and drier during unsettled spells of weather.” 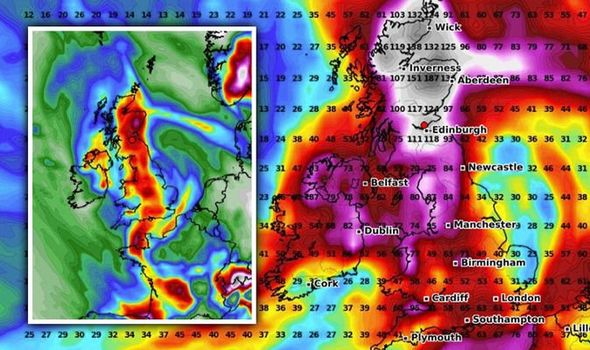 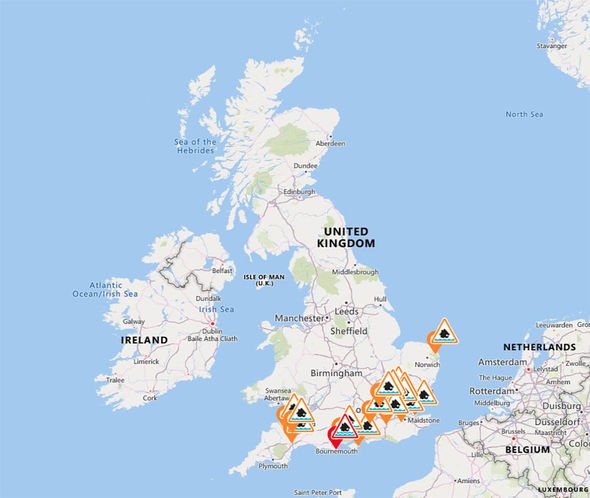 Much of the UK will also see heavy rain on Sunday, with a yellow weather warning in place from 3am today until midday on Sunday, October 4.

The Met Office forecast says: “Heavy rain will push north and west across the UK on Saturday, becoming slow moving and persistent and last through Saturday night into Sunday over eastern Scotland, much of Wales, and the west of England.“

Weather maps for this weekend show parts of eastern Scotland or areas under the amber warning such as Snowdonia could see up to four inches of rain this weekend.

The rain is expected to be at its heaviest until about 6am tomorrow morning for the areas under an amber warning. 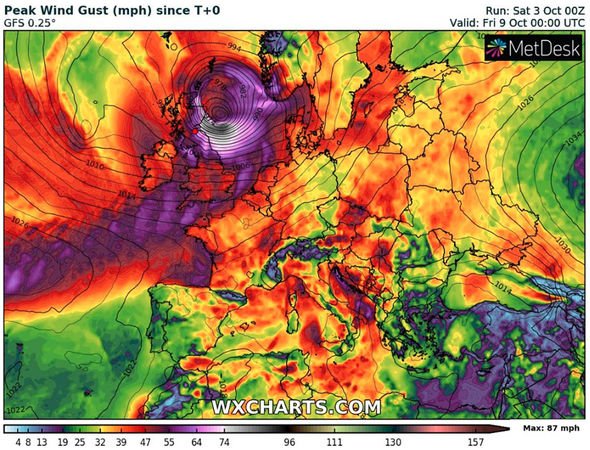 However, charts from WXCharts show the grim weather is only going to get worse in the coming days.

While weather maps for Monday to Wednesday next week show the rain has dissipated, by Thursday it’s a different story.

More rain is expected to hit on October 8 into October 9 as a new low pressure system heads towards Britain, predominantly affected the east coast of Scotland.

Deputy Chief Meteorologist at the Met Office, Laura Ellam, said: “Saturday will be a very wet and cold day for many as heavy bands of rain push north and west across the country, becoming slow moving for some parts. Conditions will improve for many on Sunday though it is still likely to remain wet and windy for some.”

She added: “There is a heightened risk of flooding and very difficult driving conditions this weekend. In areas with Amber warnings, such as Snowdonia, Exmoor and eastern Scotland, over 100mm of rain could fall over the weekend – this is likely to lead to significant impacts from flooding.” 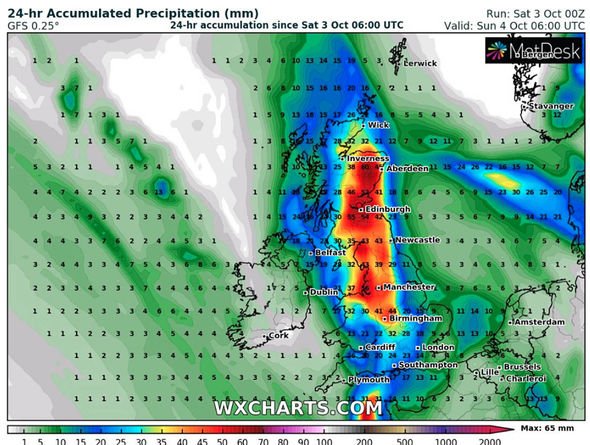 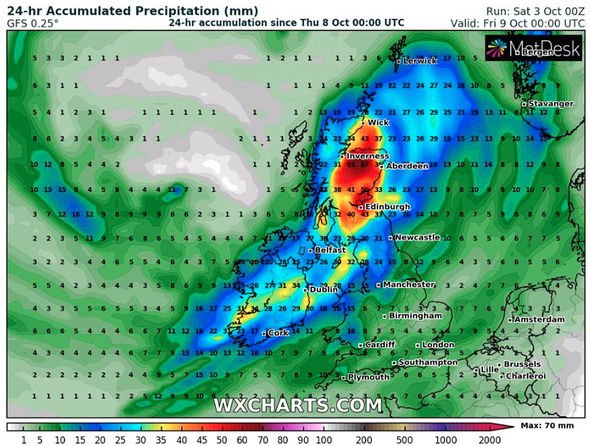 Where are flood warnings and flood alerts in place?

There is currently one flood warning in place as of 10am on Saturday, October 3: Dorset coast at Swanage Bay.

A flood warning means flooding is expected and residents should take immediate action to protect themselves and their homes.

Carol Holt, Flood Duty Manager at the Environment Agency, said: “Widespread and persistent heavy rain is likely to lead to flooding for some areas over the weekend. Flooding is also possible in parts of southern England today.

“Environment Agency teams have been working hard to clear grills and weed screens in areas which may be affected.

“We urge people to stay away from swollen rivers and not to drive though flood water – it is often deeper than it looks and just 30cm of flowing water is enough to float your car.” 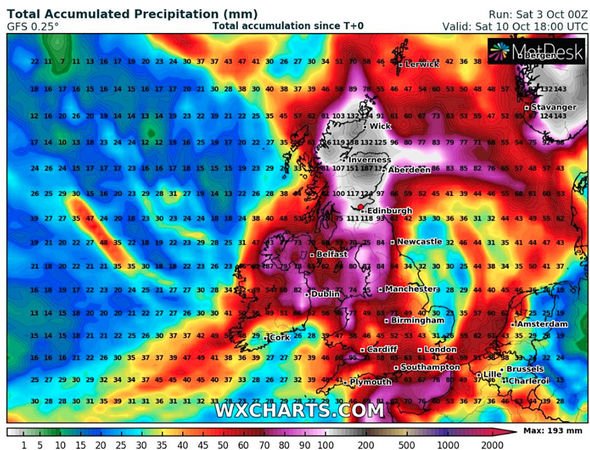 There are 22 flood alerts in place which are in effect for:

While You Were Sleeping: 5 stories you might have missed, July 26