A 10-foot-long ocean sunfish was hurled onto a Chinese vessel during an expedition in the East China Sea. The animal, scientifically referred to as Mola Mola, was captured by trawlers while netting for a shoal of smaller fish.

Footage shot from aboard the boat shows the large specimen flapping its fins as it dangles horizontally from the fishing net.

As the net swings from side-to-side smaller fish can be seen falling off its uniquely flat-shaped body.

According to Chinese province the giant fish is believed to bring bad luck to crews. 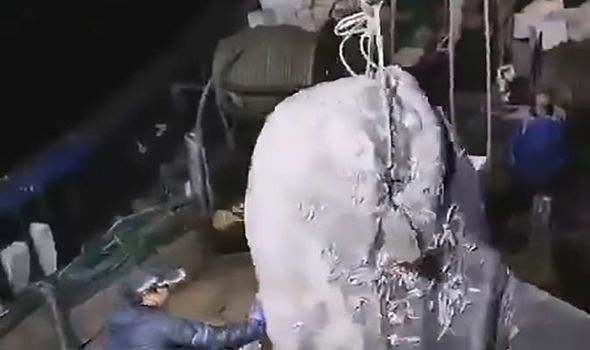 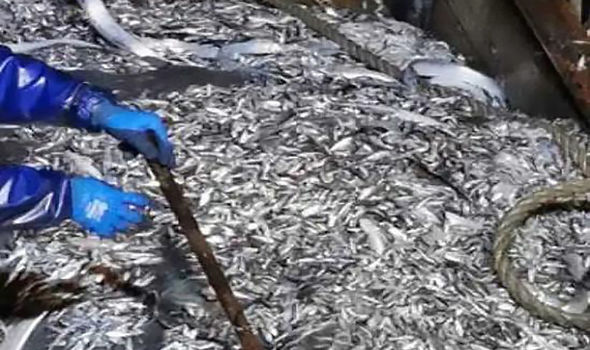 In Chinese its name is translated to mean “overturn”. The fish was reportedly thrown back into the sea.

The main body of an ocean sunfish is shaped like disc which allows it to adopt a vertical and horizontal position.

They can typically grow in size to an enormous 14ft vertically and 10ft horizontally. 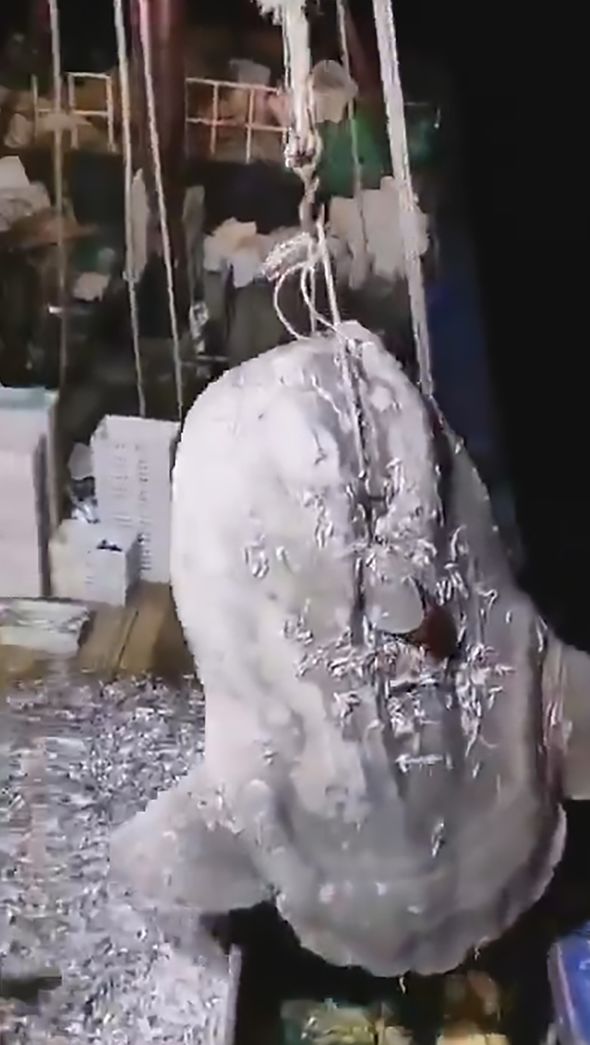 Adult ocean sunfish can also weigh between 250kg and 1000kg (one tonne).

The species are typically found in warm tropical oceans around the world.

Due to their flat shape they are generally seen basking near the surface of the water. 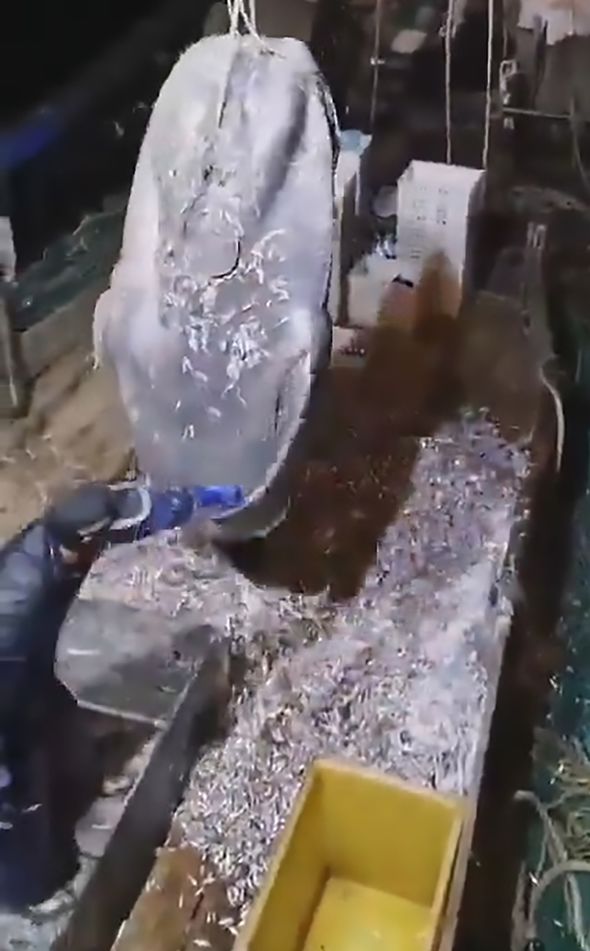 This can often prove problematic and they are often caught in fishing nets or mistaken for sharks, as its dorsal fin emerges above the surface.

According to the non-profit conservationist organisation Oceana, a female ocean sunfish can produce more eggs than any other vertebrate.

They can release as many as 300 million eggs at a time and spawn several times throughout their lifetimes. 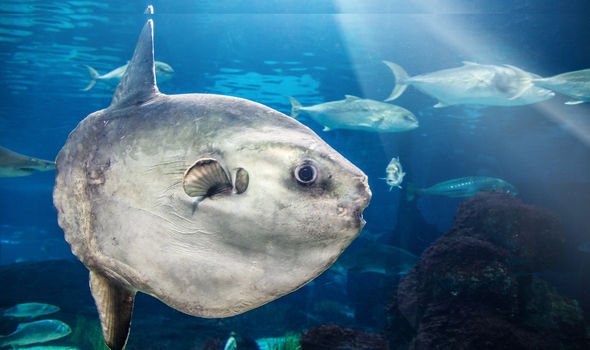 Ocean sunfish are foraging predators that will eat a variety of prey including Jellyfishes.

The species is currently listed as “vulnerable” by the International Union for Conservation of Nature.

The listing is one position above “endangered” and means its population is on the decline.