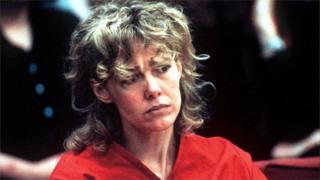 A former teacher from Washington state whose sexual encounters with a pupil led to a jail sentence and worldwide notoriety has died of cancer aged 58.

Mary Kay Letourneau was convicted of second-degree child rape in 1997 after becoming pregnant by Vili Fualaau when he was 12 or 13 and she was 34.

She gave birth to their second daughter in prison in 1998.

After serving her prison term the couple married in 2005. They separated after 12 years of marriage.

Ms Letourneau’s lawyer David Gehrke told US media that she had died at home surrounded by her children and Mr Fualaau.

Ms Letourneau was a married mother-of-four living in Seattle when she began to have sexual encounters with her sixth-grade student.

She initially served just a few months in jail but after she was paroled she was caught having sex again with the young teenager.

The former teacher was returned to prison to serve another seven years. Her two daughters with Mr Fualaau were initially raised by his family.

She had reportedly been ill for six months before her death.

She was brought up a Catholic and was the daughter of a conservative Republican congressman, John G. Schmitz. His political career was ended by scandal when it emerged he had fathered two children out of wedlock.