Ladislas Ntaganzwa convicted for plotting to exterminate Tutsis and ordering the killing of more than 25,000 people. 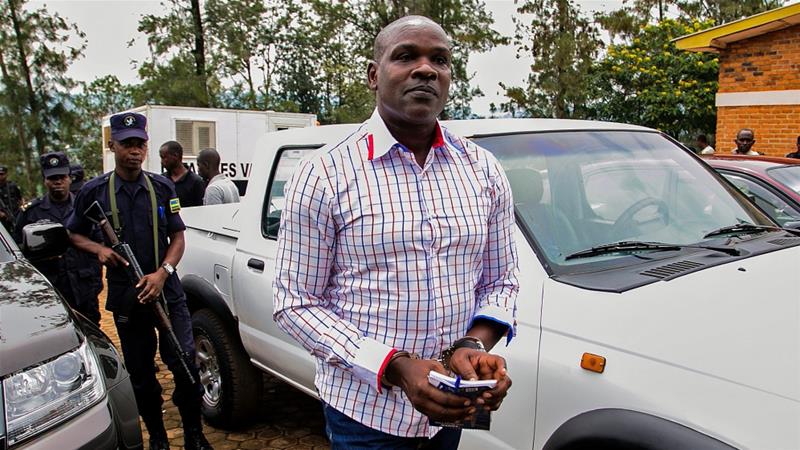 A Rwandan court has handed a life sentence to a former politician found guilty of orchestrating the killing of tens of thousands of people during the 1994 genocide in the country, a court spokesman said.

Ladislas Ntaganzwa, a former mayor of Nyakizu in southern Rwanda, was indicted in 1996 by the Arusha, the Tanzania-based International Criminal Tribunal for Rwanda, on charges of direct and public incitement to commit genocide, murder and rape.

“Ladislas Ntaganzwa was today sentenced to life imprisonment over genocide crimes committed during the genocide against Tutsi in 1994,” court spokesman Harrison Mutabazi said on Thursday.

According to the indictment, he addressed the surrounded Tutsis and told them to lay down their arms. Then he gave the order for the massacre to begin, “whereupon the gendarmes and communal police shot at the crowd”.

The tribunal’s indictment accused Ntaganzwa of plotting to exterminate Rwanda’s Tutsi population and personally ordering the massacre of more than 25,000 Tutsi civilians in his town in April 1994. It then passed the case to a Rwandan government court.

The tribunal closed five years ago and was replaced by a successor body, the International Residual Mechanism for Criminal Tribunals, with offices in Arusha and The Hague, Netherlands.

About 800,000 Tutsi and moderate Hutus were killed during the genocide, which took place during the last four months of the Rwandan Civil War.

“We plan to appeal because evidence in the hearing was based on witnesses’ testimony but that was not enough as some witnesses were contradicting themselves. We are not happy about this lengthy life jail term,” Musonera told the Reuters news agency.

The judgement was announced via video conference while Musonera used Skype to follow it with Ntaganzwa at Mpanga prison in the country’s southern province.

Ntaganzwa was arrested in December 2015 in the Democratic Republic of the Congo. Rwanda took him into custody in March 2016.

The United States had offered up to $5m for information leading to his arrest.

The sentencing comes shortly after Felicien Kabuga, the top-most fugitive from the genocide, was arrested in France last week after 25 years on the run.

The wealthy businessman is accused of supplying machetes to the killers in the genocide and broadcasting propaganda urging mass slaughter.

On Wednesday, Kabuga appeared in a French court and denied the charges. His request for bail was denied. He seeks trial in France and not in Africa.

The International Residual Mechanism for Criminal Tribunals also announced last week that it had concluded that former Defence Minister Augustin Bizimana, another of the most-wanted fugitives, had died.

The remaining high-profile genocide suspect at large is Protais Mpiranya, a former commander of the Presidential Guard of the Rwandan Armed Forces.