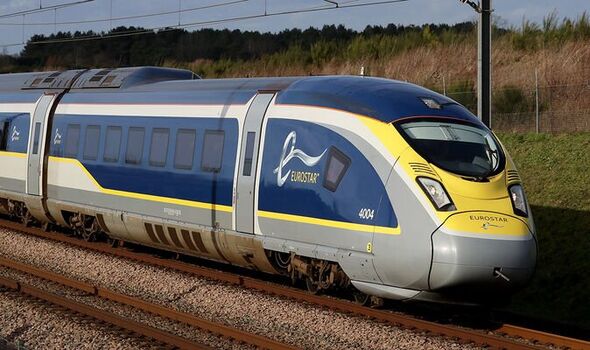 The cross-channel operator said Ukrainian passport holders with a valid visa to enter the UK should speak to their staff in Paris, Brussels, Amsterdam or Lille to be issued with a free ticket.

A statement shared on Eurostar’s website said: “If you have a valid visa to enter the UK, along with your Ukrainian passport, please speak to a member of the Eurostar team at Paris Nord, Brussels-Midi, Lille Europe or Amsterdam Central stations, and they will issue a ticket for travel to London.”

General secretary Manuel Cortes said: “Our union warmly welcomes Eurostar’s offer of free travel for Ukrainian nationals heading to Britain and we praise the company for this practical act of support and solidarity with the people of Ukraine.

“Our members working at Eurostar are proud of their employer’s approach and will support Ukrainian passengers in their time of need.”

State rail operators in several European countries such as Poland, Germany and France are also offering free travel to Ukrainians.

The United Nations has estimated that more than 870,000 people have now fled Ukraine since the invasion began in what the UN Refugee Agency has warned looks set to become Europe’s largest refugee crisis this century and displace millions.

Nearly a week into the invasion, which President Putin has called “a special military operation”, the flood of fleeing people showed few signs of easing.

Across central Europe, where memories of Moscow’s dominance in the wake of World War Two run deep, thousands of volunteers converged on the borders, bringing food, clothes and blankets.

Most refugees have crossed into the European Union – membership of which Ukraine aspires to – in eastern Poland, Slovakia, and Hungary and northern Romania.