Officials in Botswana are investigating the unexplained deaths of at least 350 elephants in just a few weeks.

Elephants were first reported to have died in the Okavango Delta, northern Botswana at the beginning of May.

By mid-June, the number of deaths stood at 169, but this figure has now more than doubled, with an aerial survey revealing 70% of the carcasses centred on watering holes.

The cause of the deaths is not yet known, but the government claims the two most likely possibilities – poisoning by humans and anthrax – have already been ruled out. 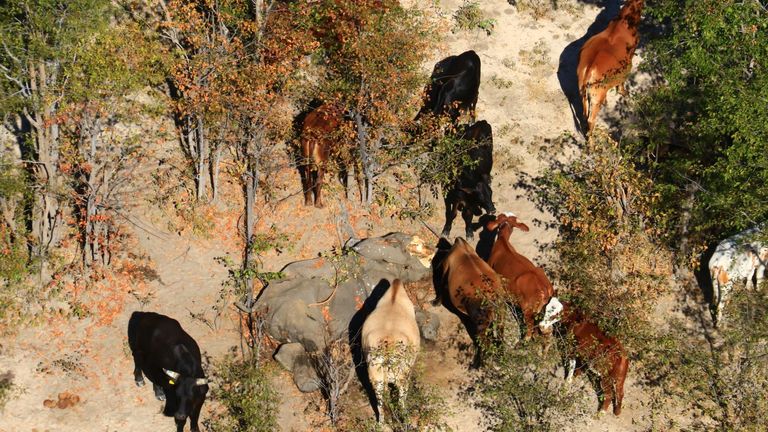 Dr Niall McCann, director of conservation at the UK-based charity National Park Rescue, described the situation as a “catastrophic die-off” and called for a further probe.

He told Sky News: “At least 350 elephants have died – the scale of it is astonishing.

“Botswana is home to a third of Africa’s elephants and 10% of those are in this region, so this could have a real impact on the global population.” 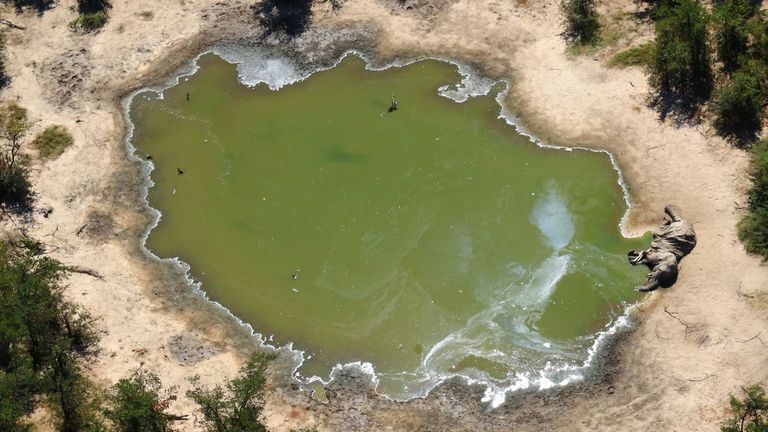 Locals claim both male and female elephants of all ages have died.

They have also reported seeing the creatures stumbling around in circles before they die, suggesting they may have been neurologically impaired.

Dr McCann said experts on the ground are not yet sure whether the substance behind the deaths is naturally-occurring or administered by humans. He added: “It could make its way to humans and that’s very worrying at a time when the transmission of diseases from animals to humans is very much on people’s minds because of the coronavirus.”

People living nearby say they have seen several more elephants looking weak, which means the number of deaths could increase further.

Dr McCann said it is the “most shocking conservation event of his lifetime”. 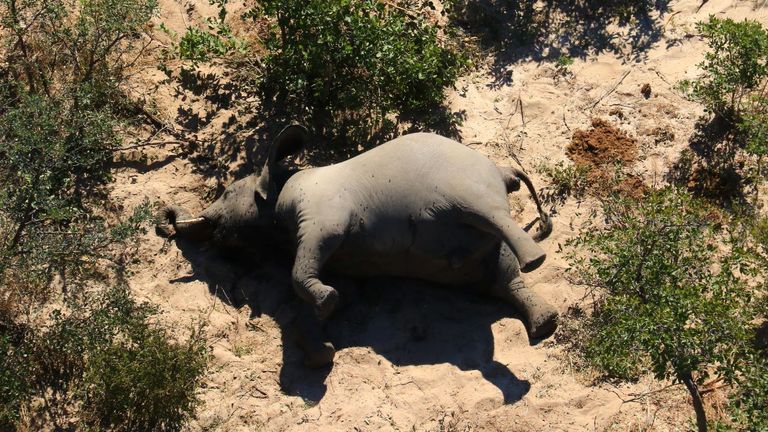 Elephants and eco-tourism account for a huge part of Botswana’s GDP, which means this could risk an economic crisis as well as a public health one.

“We desperately need to get to the bottom of this,” he said.

The main threat to Africa’s elephant population is poaching, but in Botswana, numbers have grown from 80,000 in the late 1990s to 130,000 in recent years.