The “Father of History” was born in the ancient city of Halicarnassus in the Persian Empire and ‘The Histories’ became one of his most famous pieces of writing. The text provided a detailed record of his “inquiry” into the origins of the Greco-Persian Wars and he is widely considered to have been the first writer to have treated historical subjects using a method of systematic investigation. It was divided into nine sections, including ‘Euterpe’ – focusing on a distinctive river barge known as a “baris,” said to have been used by the Egyptians to ferry goods up and down the Nile.

Herodotus described the vessel as having a single rudder that passed through a hole in the keel, a mast of acacia wood and papyrus sails.

But for centuries, scholars had been unable to find evidence that such a vessel existed until they made a stunning breakthrough.

A team of archaeologists investigating the sunken ruins of the ancient port city of Thonis-Heracleion found well-preserved remains that almost exactly matched Herodotus’ description of the baris.

Dubbed ‘Ship 17’ researchers hypothesised from the surviving structures that it once measured up to 28 metres long, with a crescent-shaped hull and thick planks of acacia wood, held together with long wooden ribs. 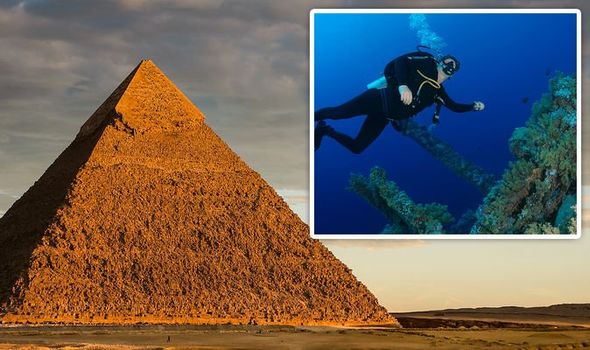 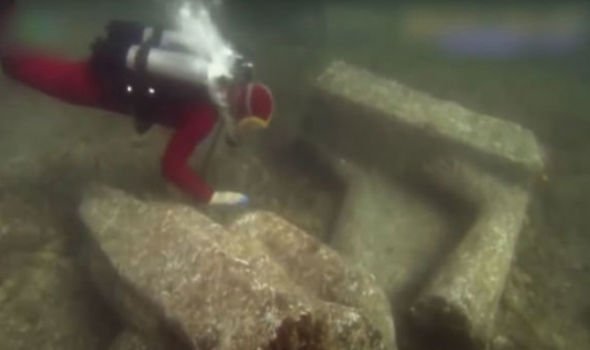 Damian Robinson, director of the Oxford Centre for Maritime Archaeology, said: “Herodotus describes the boats as having long internal ribs. Nobody really knew what that meant.

“That structure’s never been seen archaeologically before.

“Then we discovered this form of construction on this particular boat and it absolutely is what Herodotus has been saying.”

Before Alexandria was founded in 331BC, Thonis-Heracleion was one of the world’s great port cities, welcoming ships coming to Egypt from the Greek world.

Built around a massive temple to the god Amun-Gereb, the city resembled Venice, Italy, with its intricate network of canals. 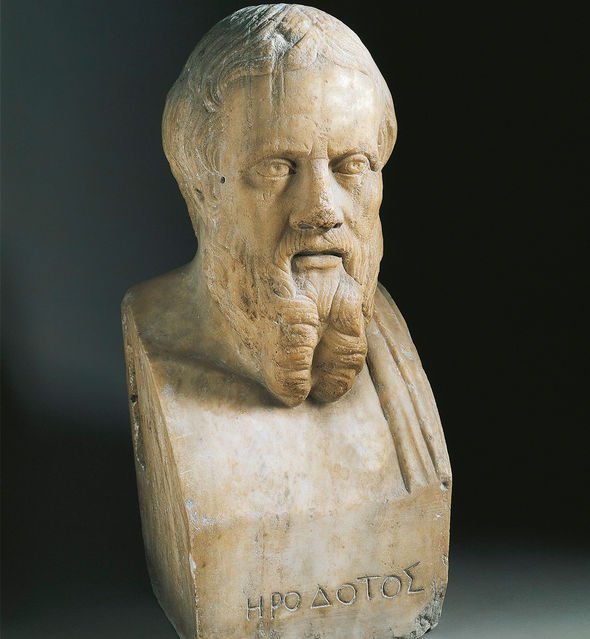 But a series of natural disasters caused the city’s central island to liquify near the end of the second century and by the ninth century, the last remnants of Thonis-Heracleion had sunk completely into the Mediterranean.

A team from the European Institute for Underwater Archaeology, directed by French archaeologist Professor Franck Goddio, discovered the ruins in Abu Qir Bay.

Amazon Prime’s ‘Egypt: A Sunken City’ documentary, detailed how Prof Goddio also found evidence of an ancient temple, which was said to be at the centre of the city.

The series explained in 2012: “The international team of archaeologists divide the seabed into a number of squares so they know exactly where they are in the murky water. 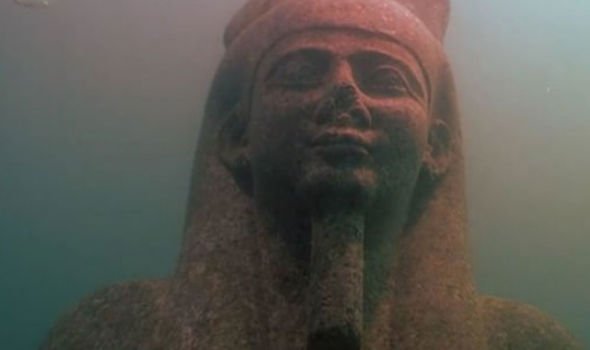 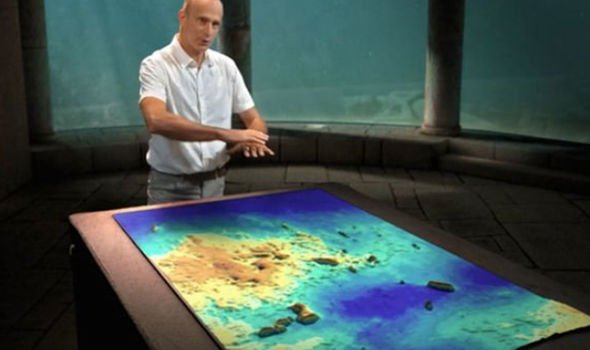 “Where they believe the Temple of Heracleion should be, they discovered a large monolith, perfectly preserved, a shrine to Amun-Gereb.

“What the divers find next surpass their wildest expectations, three colossal statues, broken into just a few pieces, but otherwise in a surprisingly good condition.

“They are clearly of a Queen and a Pharaoh, the third is the god of the waters of the Nile, magnificent images from the Ptolemaic dynasty that ended in 30BC.

“Having made these finds, Goddio was able to reconstruct the legendary temple, the site provides answers that can’t be found in the history books.”