The Netherlands election of 2021 is looming with residents due to head to the polls on March 17 to elect 150 seats of the Dutch House of Representatives. In recent elections across Europe, far-right and right-wing parties have gained popularity with Portugal’s Chega party winning 11.9 percent in 2021, up from 1.3 percent in 2019. As election day draws near in the Netherlands, many are wondering if the same could be true for Geert Wilders and his Party for Freedom Party PVV.

The Dutch Government resigned in January amid the child welfare scandal.

The incumbent Dutch Prime Minister Mark Rutte has spent a decade in office, with his popularity remaining high according to the latest polls.

In the wake of the Government subsidies scandal which saw Mr Rutte’s Government wrongly accuse families of child welfare fraud, asking them to repay the money given to them, Mr Rutte’s party has seen its popularity dip.

MPs said families had suffered an “unparalleled wrong” and many of those affected were from immigrant backgrounds, leaving hundreds plunged into financial difficulty.

Speaking to reporters about the resignation, Mr Rutte told reporters: “Innocent people have been criminalised and their lives ruined. The buck stops here.” 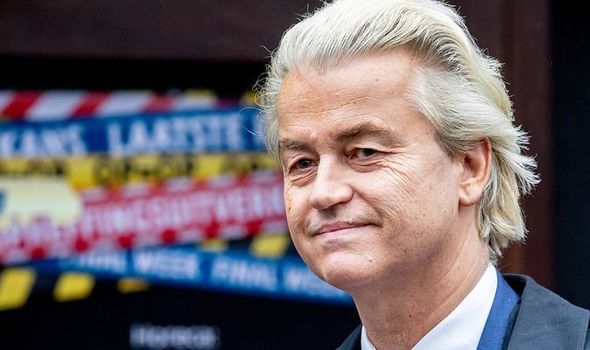 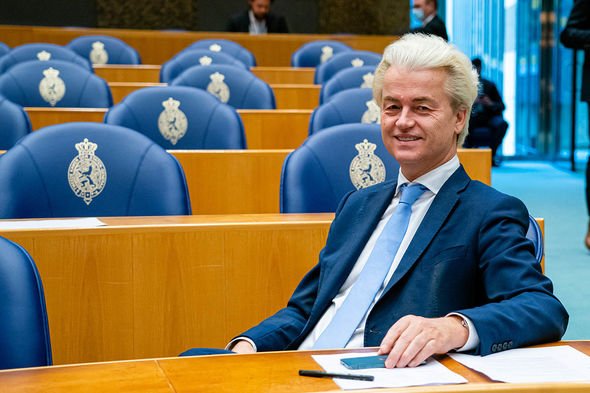 The Netherlands will hold a three-day general election this month with the polls predicting the nationalist, right-wing populist Party for Freedom party (PVV) likely to make gains.

Mr Rutte currently presides over a coalition Government made up of the People’s Party for Freedom and Democracy (VVD), Christian Democratic Appeal (CDA), Democrats 66 (D66) and the Christian Union (CU).

In the past few months, PVV has made gains in terms of polls.

In 2019, the polls mainly saw support for the party remain in single figures, rising to double digits (mainly between 10 and 19) towards the end of the year.

This momentum continued to grow into and throughout 2020, with the party’s popularity surging past 20 around August and maintaining those levels up to now. 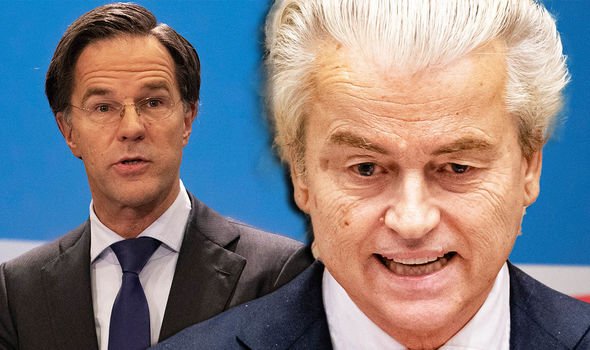 But what would a Geert Wilders win mean for Europe?

A win or significant gains for Geert Wilders would be a crushing blow for the European Union.

Mr Wilders echoes many sentiments espoused during the Brexit and Donald Trump campaigns.

He is the most Eurosceptic political entrepreneur in Dutch politics, having previously said he wanted to bring down the European Union

He wrote: “Hurrah for the British! Now it is our turn. Time for Dutch referendum”.

In fact, he was once considered such an enemy of the EU, the BBC launched a documentary entitled Geert Wilders: Europe’s Most Dangerous Man?. 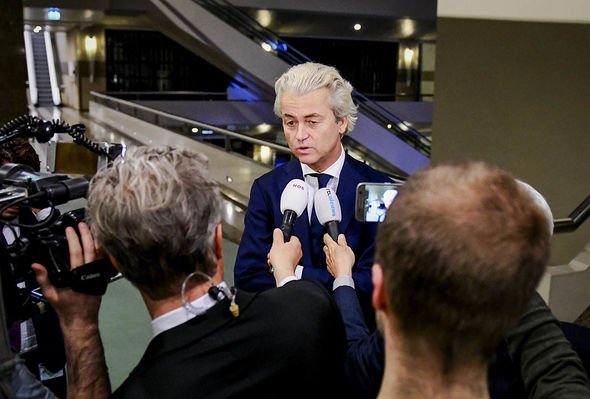 But the EU should have no need to fear from the upcoming election, as even Wilders himself admits Mr Rutte’s party is expected to retain power.

He said: “The current government is rather popular now – at least the prime minister is – but then again, in time of crisis people tend to rally around the flag.”

The anti-EU politician added coronavirus was the number one issue for voters now – a stark difference to his last election campaign at the height of Euroscepticism across the bloc.

However, he added that he saw no reason to drop his firm stance on immigration now.

He explained: “Other issues such as immigration are still important. For my voters, it’s still number one.”

He added: “The immigration of non-western immigrants is an existential problem. I believe we should step up, to invest more in realising this policy.” 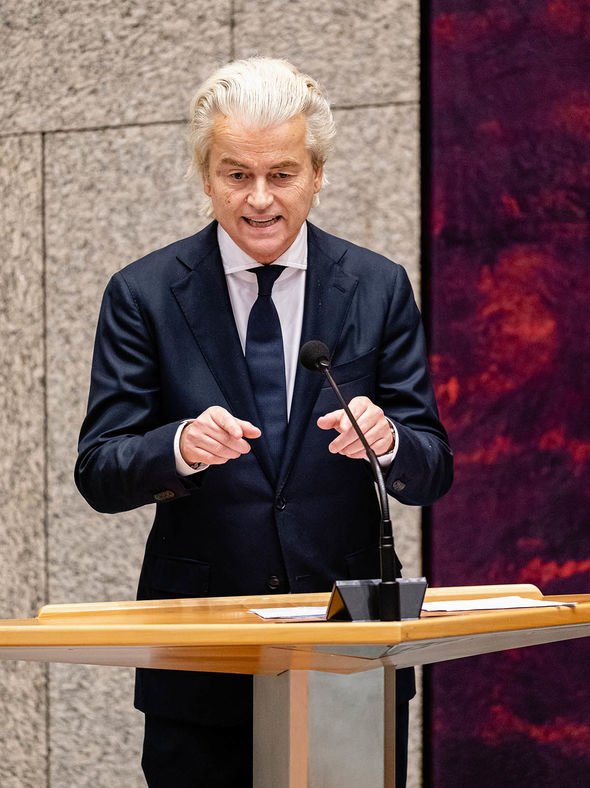 The PVV are particularly dissatisfied with the EU’s policy direction, with a strong anti-immigration sentiment in the party.

The party’s leader has pledged to close the country’s borders, shut down mosques and ban the Quran.

Mr Wilder’s party manifesto is especially concerned with those holding a passport of another nation.

The PVV calls for a strong assimilationist stance on the integration of immigrants, proposing they forgo second passports from other nations.