The US President has sparked controversy again after he told reporters he is taking the antimalarial drugs chloroquine and hydroxychloroquine to protect himself against coronavirus. He claimed to have been taking them for two weeks, despite the effectiveness of this drug for treating COVID-19 being uncertain, with some suggestions it may even worsen the outcome of severe cases. There are ongoing trials into its potential, but it has so far not been approved as a treatment.

Mr Trump is a highly unusual President in many ways, including how he operates in the White House, for example the button on his desk.

The Resolute Desk, an iconic 19th century partners desk first gifted to a US President by Queen Victoria, is where some of the most important work of government takes place.

On the desk, President Trump has a red button, which is not the nuclear button as its name may imply.

Instead, he uses it to order a butler to bring him Coca-Cola at any time. 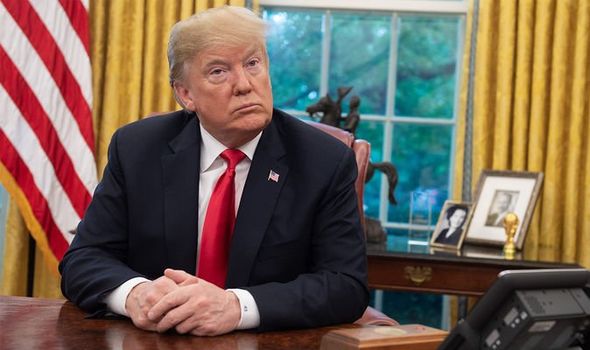 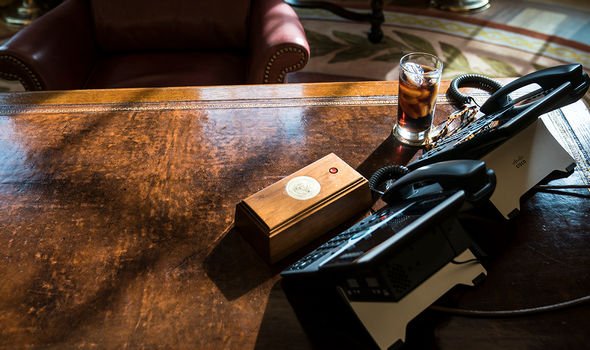 The call button is meant to be used to summon an aide whenever the President needs something, and it can be moved.

President Barack Obama was pictured with the button next to him at meetings in the past.

However, Mr Trump prefers to use it for a much more specific purpose.

This fact was revealed in 2017, in a report about the President’s first 100 days in office. 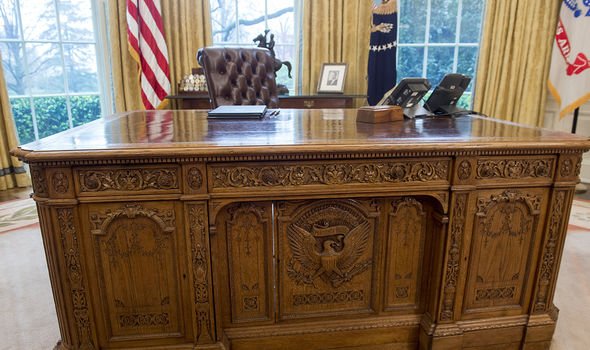 Mr Trump pointed out the button, which sits in a rectangular wooden box, to reporters himself during an interview.

After pressing it, a butler arrived with a coke.

New York Times national security editor Amy Fiscus highlighted this tidbit in a tweet after the publication, writing: “Trump has a button on his desk he can press and a butler brings him a coke.”

Mr Trump implied to Financial Times reporter Demetri Sevastapulo that he only presses it when things are getting a bit hairy.

He said: “Everyone does get a little nervous when I press that button.”

The introduction of fizzy drinks to the Oval Office is a new development, according to CNN White House correspondent Kate Bennett.

In January 2017, she tweeted a picture of Mr Trump on the phone at his desk with a glass of coke on the side.

The caption read: “Something you never saw during previous administrations, soda on the Resolute Desk.”

Another snack Mr Trump loves to keep him going is Lays crisps, the equivalent of Walkers crisps in the US.

According to the New York Times, the President has stocked the White House kitchens full of Lays crisps, which he also enjoys on his private plane.

He is also said to enjoy Doritos crisps, although there has been no word on whether this brand made it into the White House kitchens.

KVR Trail closed near Princeton, B.C., due to landslide