Mark Meadows’ diagnosis was confirmed to Bloomberg by two administration officials on Friday.

Details about his exact condition are not known.

The former congressman and staunch Trump ally was appointed as the president’s chief-of-staff on March 31.

He has since played an important role in coordinating the White House’s response to the COVID-19 pandemic.

Americans are currently waiting for the final confirmation of their presidential election result.

A number of crunch states; including Pennsylvania, Arizona and Georgia, have yet to fully declare.

However Democrat Party candidate Joe Biden has a strong lead and has expressed confidence that “we’re going to win this race”.

President Trump has reacted angrily claiming, without providing firm evidence, that the election is being rigged against him. 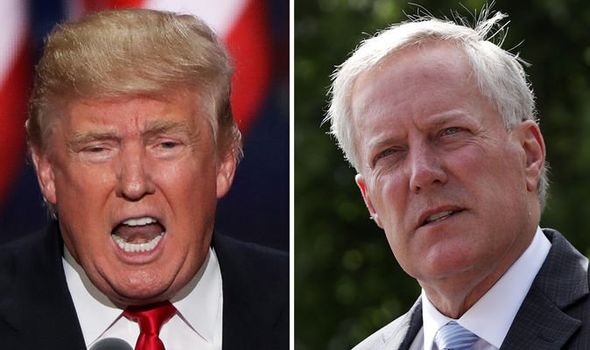 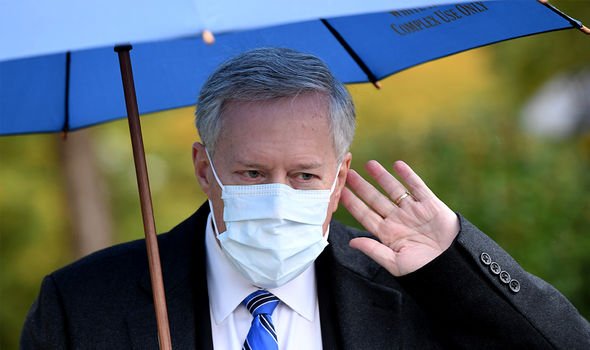 His team is currently taking legal action in a number of battleground states across the US.

On Friday the US recorded another 122,365 cases of coronavirus.

This was the third day in a row the figures had reached a new national record.

In total more than 236,000 Americans have been killed by the infection. 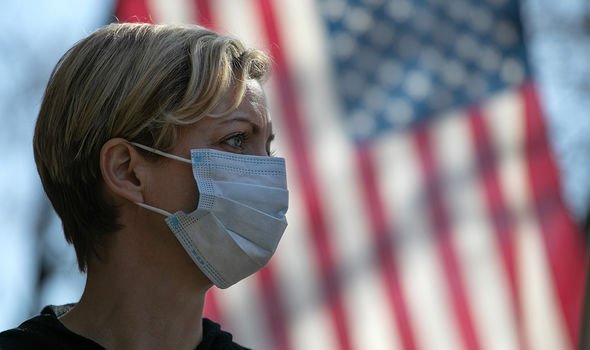 After leaving hospital he recorded a coronavirus message to the American people in which he said: “You’re going to beat it.

“We’re going to be out front. As your leader, I had to do that. I knew there’s danger to it, but I had to do it. I stood out front, and led.”

The United States has recorded more coronavirus cases than any other country in the world.

Scientists and vaccine trial participants are tackling misinformation on TikTok.