Home » World News » Do You Have Nafas, the Elusive Gift That Makes Food Taste Better?

The chef Mohamad Orfali remembers how his grandmother, whom everyone called Fatoum, spent her days in her kitchen in the Syrian city of Aleppo when he was a child there. If she wasn’t preparing feasts, she was preserving the season’s bounty to stock her pantry — everything from tomatoes and eggplants to peppers, pomegranates and grape leaves. Her cooking was so exceptional, her dining table was never without guests hankering for a meal.

“Nanti Fatoum had nafas for food, everyone swore by her cooking. My mother, not so much,” he said, laughing.

Mr. Orfali, 40, who now lives in Dubai, entered the homes and hearts of viewers across the Middle East a decade ago, as a host on Fatafeat, the Arab world’s first food TV channel. He quickly gained favor for his mannerisms as much as for his own good nafas. 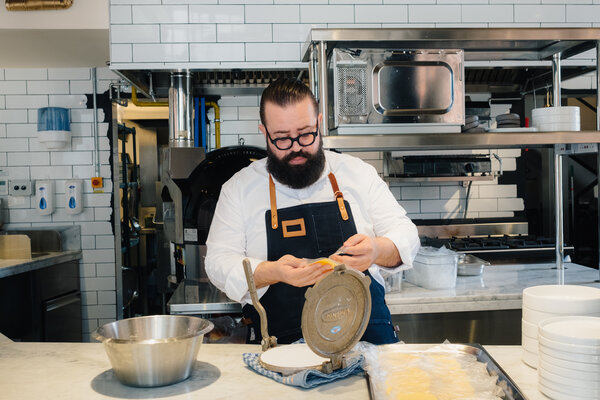 Like many words without an exact equivalent in the English language, nafas could translate to “breath” or “spirit.” But in the context of cooking, nafas is much more than that. It is an energy some people possess that makes their meals not only good, but exceptional.

A concept used mostly to describe home cooks, not chefs, nafas speaks to a certain intimacy that stretches beyond the physical attributes of a dish. It is about the person preparing it, and what she imparts to the food. It is the time and energy spent selecting and preparing the ingredients; the patient dance back and forth with seasonings until every flavor is just right; the generous presentation and warm hospitality; and, above all, the love of cooking and the desire to feed others.

This idea that the cook imparts something intangible to the food is found in other cultures, but the focus tends to be on the hand, rather than the spirit. In Korea, the concept used to account for food that tastes better coming from a specific cook is “sonmat” — “hand taste.” Across India, many phrases attest to the same effect, from “haatachi chav” in Marathi (“hand’s taste”) to “maza haath mein hota hai” in Hindi (“the taste comes from the hand”).

Whether nafas is innate or acquired is up for debate; what endows a cook with this energy remains as elusive as breath itself.

“You can try to break it apart into different elements,” said Raja Ereiqat, a Palestinian home cook who lives in California. But nafas is the sum of all those parts, she said: “It is cooking with love for the food, the process and for feeding people.”

Ms. Ereiqat, 61, is an engineer by profession, but as a cook, she is less focused on precision. “My daughters make fun of the way I pass on recipes with ‘a bit of this and a bit of that,’ but you can’t make a dish like maqluba with exact measurements,” she said. “You have to do it with your senses, with the innate knowledge acquired through experience. That’s nafas.”

Maqluba, an inverted rice dish layered with meat and vegetables, is a staple Palestinian meal. Recipes vary from family to family, and while you can tease apart its elements, the way in which these components come together in harmony is what makes the dish special.

There is no shortage of talented cooks in my family who apprenticed under my grandmother Fatmeh, but we all agree her maqluba is a notch above. When we have cooked it following her exact methods, down to ghee-greasing a nonstick pot with our fingers, and it still doesn’t turn out the way hers did, we are left to attribute our shortcomings to her exceptional nafas.

My grandmother loved to feed her family, and her cooking brought us all together. Could it have been the experience itself — eating something together, in her kitchen — that lent her food a flavor difficult to replicate?

Rob Dunn, a professor whose laboratory at North Carolina State University studies the biology underlying differences among sourdough starters, has a more scientific explanation. “The microbes on our hands and in our environment lead to variations in the flavor of our dishes,” he said.

His studies found a palpable flavor difference in identical sourdough breads, based on whose hands did the kneading. They also found that sourdough breads tasted “weird” if made in a lab, because the microbes in a lab environment are different from ones found in a home. “There is such a thing as ‘house flavor,’” he said.

But do microbes really account for the entire difference? John Hayes, a professor of food science at Pennsylvania State University who studies taste perception, thinks context and expectancy play the biggest role.

“You can objectively measure flavor,” he said, “but the psychological and emotional state of the eater, even the dynamic interaction with the person preparing the food, largely impact its perception.”

Indeed, Suheir Najjar Bdeir, a Jordanian home cook of Syrian descent, believes nafas is about taste and love in equal measure — a love important not only for the process and ingredients, but for those you are feeding as well.

“If there are people I don’t like, and I still have to invite them for food, there’s no nafas, the food comes out different,” she said, laughing. And if you do have nafas? “Even a fried egg tastes exceptional from your hands.”

Ms. Bdeir, 82, has been cooking since she was 14, hosting countless feasts over the years, and she is recognized throughout her community in Amman as an impeccable cook. She insists that nafas is intrinsic. But she has almost 70 years of experience under her belt; is there not some knowledge, even if subconscious or uncodified, that seeps from her hands and heart into her meals? Does the passion that a cook brings to even a simple recipe like narjissiya — a dish made with sunny-side-up eggs — actually enhance its flavor?

Labiba Halloun thinks not: You either have nafas or you don’t. “People ask for my recipes all the time and I give them, I don’t hide any secrets,” she said. “But they always call me back and tell me it’s not the same.”

In her hometown, Isfiya, a Palestinian village in northern Israel, Ms. Halloun, 77, has become so widely recognized for her exceptional nafas that people ask her months in advance to prepare kubbeh niyeh — a tartare of bulgur and ground lamb served at Palestinian weddings in the Galilee region — for their special occasions. They always ask if she is making the wedding kubbeh, her daughter Fakhira said. If the answer is yes, the attending crowd is significantly larger.

But then he recalls his childhood, when his mother was tired from her teaching job, bickering with his father or irritated with her boys: “The food was angry, just stuff-your-stomach-and-go.”

And on the days she had time and was relaxed? “It tasted better,” he said. “It became like Nanti Fatoum’s.”

Coronavirus: How different countries in Europe are easing lockdown measures