Horrifying new pictures from the aftermath of a devastating volcanic eruption and tsunami at the weekend show onlookers looking at village buildings reduced to piles of rubble.

It had taken several days for on-the-ground photographs from the islands of Tonga in the Pacific Ocean to emerge after a large tsunami knocked out communications with the outside world on Saturday.

Hopes of a minimal human impact following the eruption the Hunga Tonga–Hunga Haʻapai volcano after other nations in the area casualties were dashed yesterday (January 19) however after it emerged that three people had died in the disaster.

The tragic deaths included a 50 year old British woman who had been working as an aid worker. 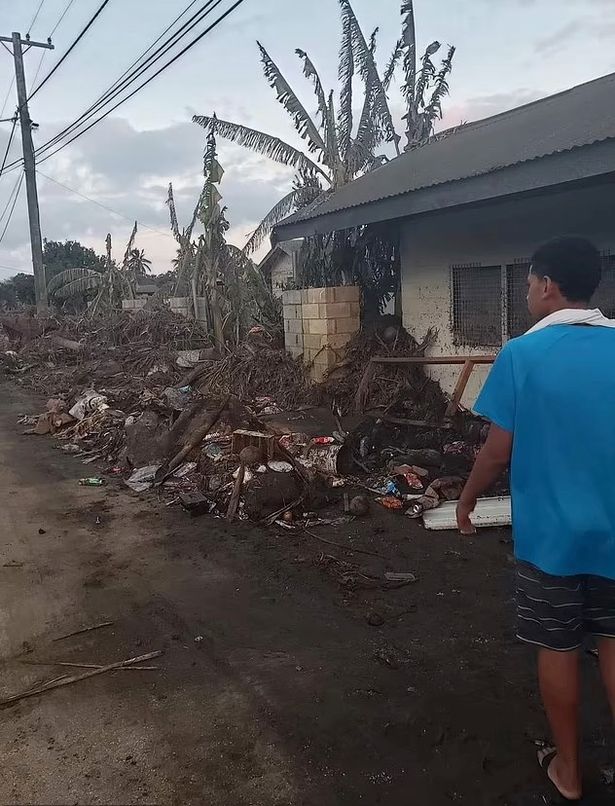 Angela Glover, from Brighton, was tragically swept away by a tsunami while trying to help her rescue animals after the underwater volcano sparked waves that crashed onto the island.

Now fresh photographs shared on Facebook show the massive damage done to islands within the archipelago of Tonga, with barely recognisable heaps of dust, trees and bricks being found where homes once stood.

One of the most moving pictures shows a man in a red T-shirt with his hands in his pockets staring at a fallen structure in a residential area.

It comes after the Tongan government issued its first public statement yesterday, three days after the volcano erupted.

In the press release it was revealed that all houses on Mango Island, one of the closest islands to the volcano, had been totally destroyed. The statement read in part: "All houses were destroyed on Mango Island; only two houses remain on Fonoifua Island with extensive damage on Nomuka Island"

The Tongan government also stated that water supplies have been severely affected by the volcano and tsunami, with emergency responders now working to ensure no one goes without.

It may take four weeks to reconnect a key undersea telecommunications cable which serves Tonga with international internet and telephone access, according to New Zealand's foreign ministry.