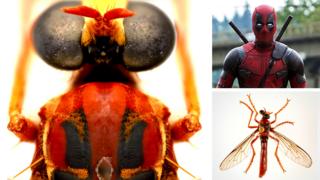 A villain with the markings of the Marvel character Deadpool is among several new species with so-called “super powers” to have created a buzz with scientists in Australia.

The country’s national science agency, Csiro, says that 164 new species of insects and plants have been named in the past year, some of which resemble a number of comic characters, including Thor, Loki and Black Widow.

“Deadpool fly is an assassin with markings on its back that resembles Deadpool’s mask,” Bryan Lessard, a Csiro entomologist, said in a statement. 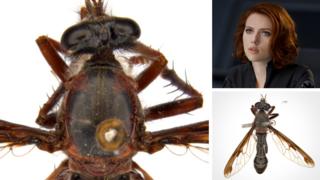 In tribute to the late Stan Lee, who created The Fantastic Four for Marvel Comics in 1961 and went on to develop titles including Spider-Man and The Incredible Hulk, he now has a namesake in the form of a fly “with a white moustache”, Csiro says. 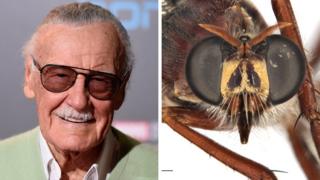 Loki, the mythological mischief-maker who appears in the Marvel Cinematic Universe series, is arguably the franchise’s greatest villain. 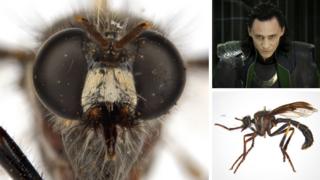 While naming new species can be fun, bee and wasp expert Juanita Rodriguez says it is also vital for our everyday lives.

“We discovered a new species of spider wasp that is only found in an area badly impacted by bushfires this summer, so now we can carefully monitor its recovery,” Ms Rodriguez says.

She adds that venom produced by spider wasps might be useful for treating Alzheimer’s disease and epilepsy. 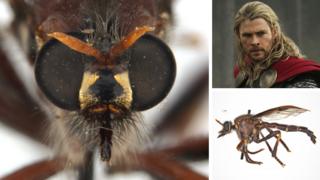 Thor, Marvel Comics’ god of thunder who battles to save Earth from evil forces, also makes an appearance in the list of new fly species.

Only a quarter of Australian insects are known to science, Dr Lessard says, adding that the more species are named, the better we can understand their super powers.

“Without a scientific name, these species are invisible to science,” he says.

All images are subject to copyright.

Heatwave horror: Part of UK left with NO WATER in scorching heat after devastating blunder