PRAGUE (Reuters) – The Czech government will allow stores and restaurants to reopen gradually over the next two months to reawaken an economy paralysed by the coronavirus lockdown, officials said on Tuesday. 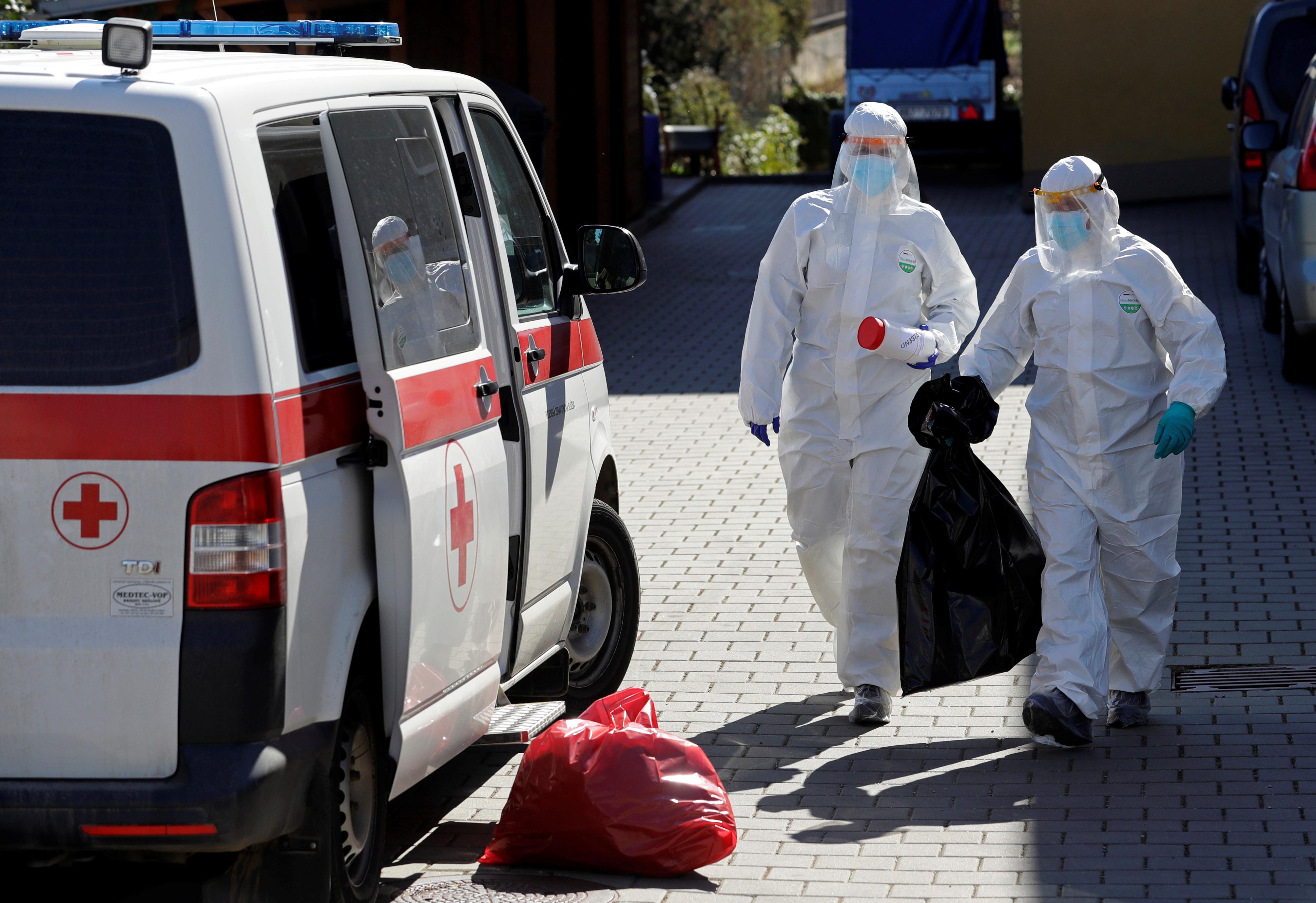 In March, the nation of 10.7 million people imposed some of the earliest – and toughest – measures in Europe to curb the outbreak and now joins a group of European countries seeking to cautiously return to business as transmission rates slow.

While cautioning that the plan could be revised should the rate of infections spike anew, authorities said they would start by letting craft shops reopen on April 20, larger stores on May 11, and restaurants and shopping malls on June 8.

“This scenario is based on a parameter where the coronavirus will be under control, as it has been until now,” Deputy Prime Minister Karel Havlicek told a news conference.

Czech authorities had reported 6,101 cases with 161 deaths as of Tuesday with the number of new infections below 300 per day in the past 10 days and hospital admissions below the maximum capacity of the health system.

Deputy Health Minister Roman Prymula said the virus reproduction or transmission rate, dubbed “R”, was now less than 1 – meaning a person with the virus typically infects less than 1 person on average, and that the epidemic is in decline.

Nevertheless, Czechs will need to continue wearing face masks until further notice and summer festivals and other events for large groups of people will probably not take place, officials said.

Theatres, other culture venues for up to 50 people and indoor sections of restaurants would be the last to open on June 8 after beer gardens resume on May 25 under the current plan.

“We managed to get this epidemic under control in some way, the reproduction number has dropped below 1, meaning that the epidemic has a downward trend here,” Prymula said.

The plan also foresees a partial reopening of schools for student admission and graduation exams but normal schooling will not restart before the new academic year in September.

Borders would also remain shut except for travel related to business, medical and family reasons with a 14-day quarantine required on return. Any wider reopening would have to come in coordination with other European countries, officials said.

“Ordinary travel will depend on how the situation develops in Europe, it has to be in concert with other countries,” Havlicek said.

The lockdown has pummelled the Czech economy and cost the services sector an estimated 50 billion crowns ($2.04 billion) in losses through the end of April due to a lack of foreign tourists to Prague and other cities.

The export-dependent economy received some good news on Tuesday, however. Hyundai Motor Co’s Czech car plant became the first automaker in the country to get back to work after a three-week outage, and tire maker Barum Continental also reopened.

The plan to gradually revive the Czech economy comes as the European Commission warned that European Union member states should coordinate any easings of lockdown measures or risk new outbreaks of the coronavirus.

In Italy, the first EU country to be hard hit by COVID-19, the lung disease caused by the coronavirus, dozens of businesses were allowed to resume activity on Tuesday, although harsh confinement measures remain in place.

Other countries went further, with Denmark due to reopen schools on April 15 and Austria allowing large shops to restart activities on Tuesday and reopening shopping centres from May 1.