Home » World News » Cut off from world, and virus, Gaza prepares for Eid like nowhere else

GAZA (Reuters) – Gazans are thronging beaches and crowding markets filled with holiday sweets and clothes as they prepare to celebrate Eid al-Adha largely free of the coronavirus restrictions affecting the Muslim festival elsewhere. 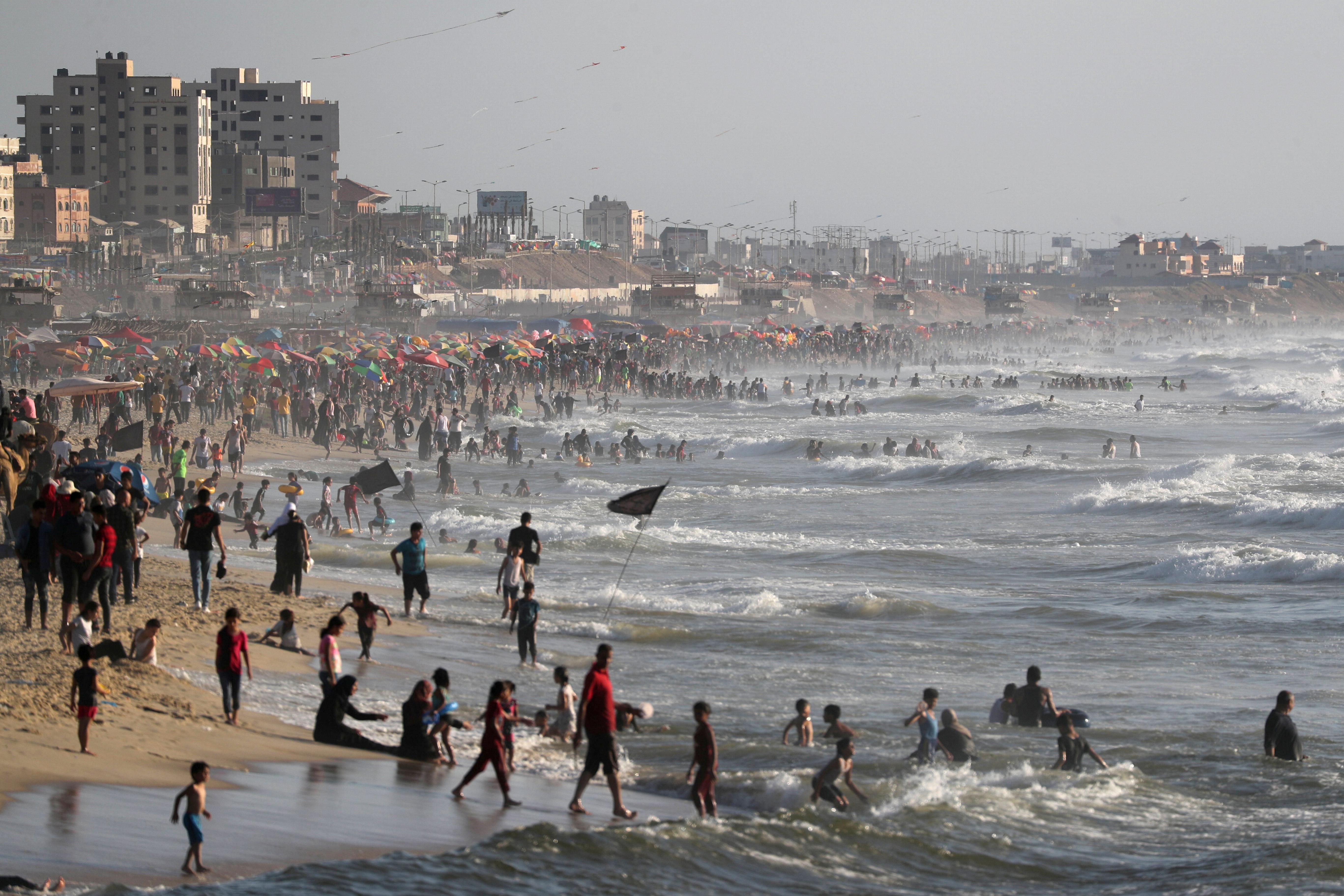 The 360 sq. km. coastal strip has had little access to the outside world for years due to an Israeli-led blockade which many Palestinians say is like living in permanent lockdown.

No cases have been recorded in the towns and refugee camps where its two million Palestinian population live, although 75 infections and one death have occurred in quarantine centres.

Arrivals spend 21 days in the centres on orders from Hamas, the armed Islamist group that has controlled Gaza for over a decade, but other coronavirus measures, such as restaurant and school closures and bans on large gatherings, have been lifted.

The result is that Gazans are preparing much as normal ahead of Eid, which begins at the end of July, with few people wearing masks in shopping centers that are packed after sunset.

The scenes contrast with restrictions elsewhere: Saudi Arabia has capped the number of its own citizens attending the upcoming haj pilgrimage; Oman has implemented a nightly curfew and Iraq has said its curfew will last through the holiday.

“God protected us from the virus,” said Malkeya Abdallah, 62, as she relaxed on the beach near Gaza City.

But medics are alarmed by the risks inherent in Gaza’s potentially disastrous combination of poverty, densely packed refugee camps and limited hospital capacity.

“We see total relaxation within the communities, the malls, the supermarkets, wedding halls, the mosques, everything is working as normal with no precautionary measures whatsoever,” said Abdelnaser Soboh, director of the World Health Organization’s Gaza office, calling for more precautions.

“The virus will eventually get (in) … you can’t isolate Gaza from the world forever.”

On Saturday, Hamas’s health and interior ministries staged a COVID-19 drill, cordoning off a busy area of Gaza City and halting traffic between towns.

The economic impact of the coronavirus is already being felt.

Eighty percent of Gazans, who have seen three wars in a dozen years, already rely on humanitarian aid. Palestinians blame the closures, which neighbouring Israel and Egypt say are needed due to security concerns.

The World Bank expects poverty in Gaza to increase from 53% to 64% due to decreased consumer demand led by potential cuts in public sector wages across the Palestinian Territories, and the potential for losses from the Strip’s earlier shutdown.

Australia may keep coronavirus restrictions for a year, schools may work on roster