SS Manasoo was a passenger vessel of 529 tonnes built in 1888 in Glasgow and began daily journeys from Hamilton to Toronto that year. But on September 15, 1928, the ship foundered off Griffith Island, Georgian Bay, with 16 lives lost while fighting a heavy storm, and capsized when her cargo of 116 cattle apparently shifted to one side. The recent addition of increased passenger accommodation on its upper deck is thought to have contributed to the instability and all five of the survivors drifted for 60 hours in a lifeboat before being picked up by a passing ship.

But sailors have another theory.

But, seafarers’ supposition say changing a ship’s name brings bad luck and the vessel was dubbed “cursed” soon after reports emerged it had sunk. 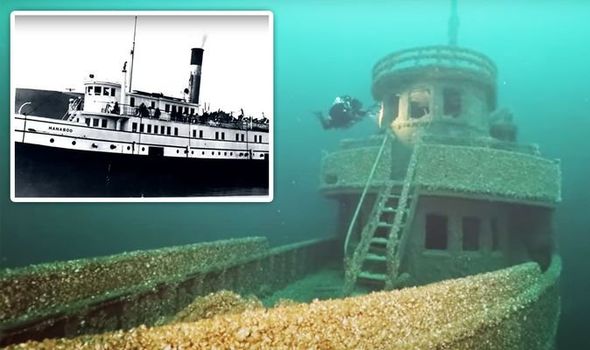 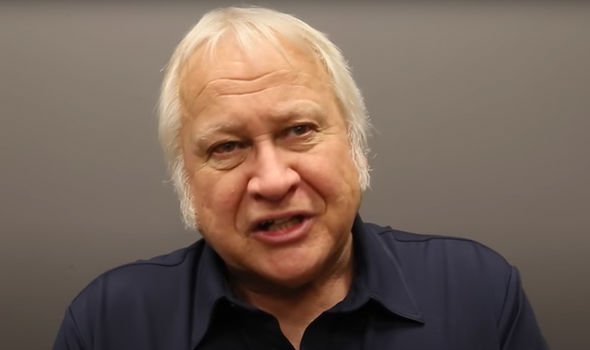 It had come within a half-mile of Griffith Island, near Colpoys Bay, before succumbing to the storm.

The National Underwater and Marine Agency (NUMA) reported how Mr Merryman exclaimed: “It was intact.

“We had seen other partially intact wrecks before, but this one was amazing.

“The freshwater, combined with filtering by zebra mussels, gave us 70 to 100 foot visibility.”

Mr Kohl added: “Because the stern sank first and got buried in the sand, the front rises up intact with many amazing features. 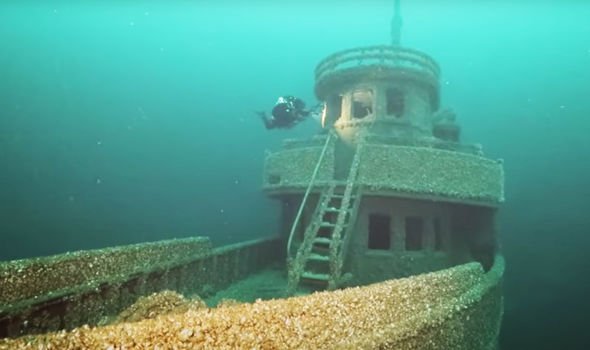 “I know of no other shipwreck in Lake Huron with an automobile parked inside.”

He was referring to a 1927 Chevrolet AA Capital two-door coupe that belonged to Don Wallace, the surviving livestock broker.

Working under an Ontario archaeological permit, the divers cautiously peered into the pilothouse, cabins, cow pens, cargo holds and dining salon on the newly discovered sanctuary.

But the team believes there could be more like Manasoo in the waters too.

Mr Kohl, who plans to write a book, says he suspects there are 7,000 shipwrecks in the lakes, but figures only 2,000 of them have been found.

This leaves the “pool open” for further exploratory ventures in hopes of finding another new shipwreck. 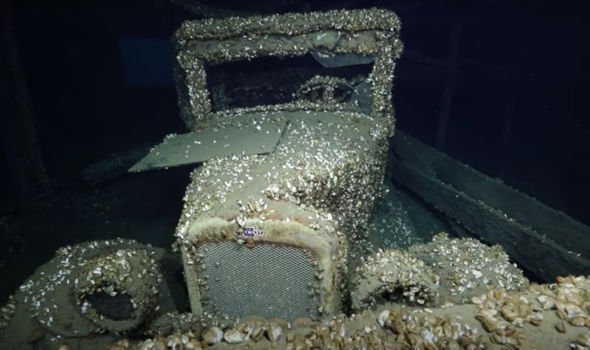 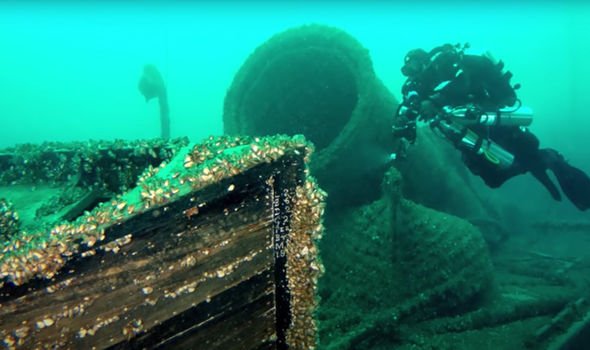 According to an account of the wreck in a written collection called “Steamboat Stories,” Mr Wallace had a plan to purchase cattle from farmers on Manitoulin and have them moved to the mainland for sale.

In all, the cargo was estimated to weigh about 60 tonnes.

The story adds: “This was Wallace’s first experience to transport cattle by boat.

”He noticed that unlike transport by railway boxcars where bedding was hay, bedding on the Manasoo was sawdust, pen slats were not nailed to posts, they were tied and knotted with rope to metal stanchions, and pens had two plank slats instead of four or five. 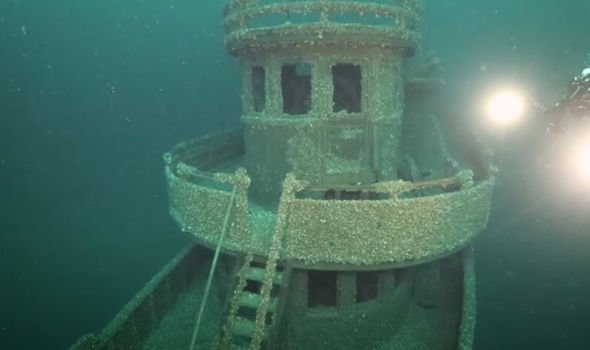 “He said nothing as he figured the crew knew what they were doing.”

But the storm intensified overnight, battering the Manasoo with strong winds and big waves.

It quickly became clear the Manasoo was going down and the crew started jumping off the ship, most not making it to safety.

Witnesses say they saw the ship’s bow sticking 25 feet in the air when it plunged, stern-first, into the depths of Lake Huron.