When the world-wide vaccine alliance, GAVI, announced that 132,000 AstraZeneca vaccines had been designated for South Sudan, doctors and health officials in this impoverished country were both surprised and overjoyed.

Health facilities in South Sudan – one of the poorest and least stable countries in the world – are rudimentary. The government depends on aid agencies and NGOs to operate them and it can barely afford to pay the staff.

Nevertheless, the first batch of vaccines, along with 132,500 syringes and 1,325 disposal boxes touched down at the airport in the capital, Juba, at the end of March and the authorities drew up plans to distribute them at three vaccination centres in the city. 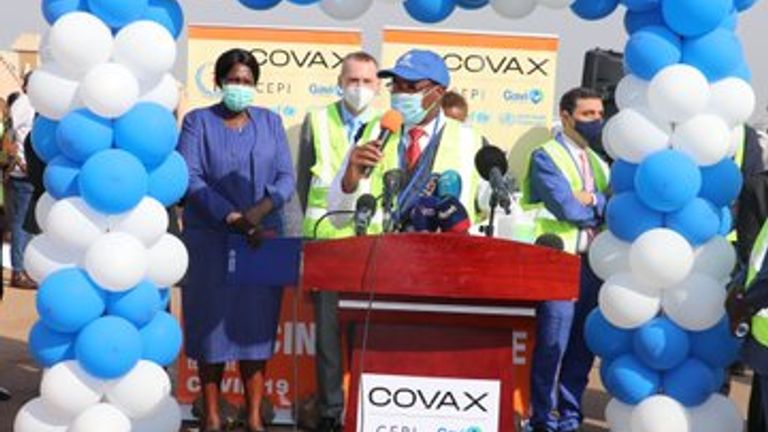 Officials said they hoped to vaccinate 40% of the population by the end of 2022.

Dr Isaac Maker, the medical director at Juba’s teaching hospital, remembers how he felt when he heard the news.

“I did not expect the vaccine to come here,” he told Sky News.

“My own brother bought a ticket to go to Canada to get vaccinated because we didn’t know it was coming and now that it is here, I am so happy, I am so happy and pleased, and I am encouraging everyone.

“The only way to protect yourself is to get a vaccine.”

Yet Dr Maker is the first to acknowledge that South Sudan’s vaccination programme, which started distributing jabs in mid-April, has run into a serious problem. 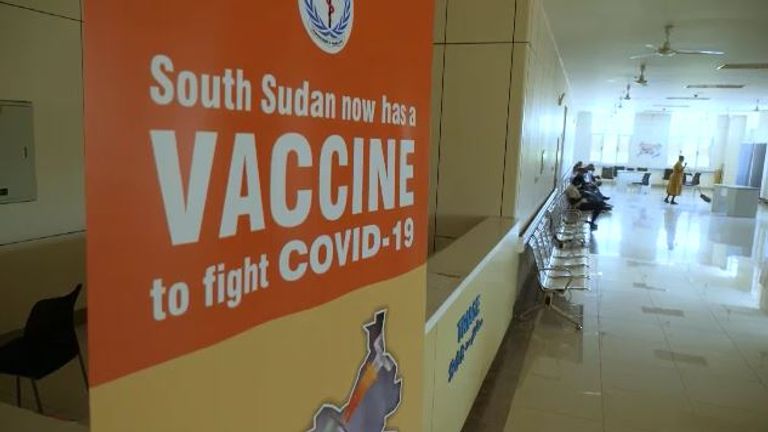 “The first days when we come here, there was nobody, the first day there was only 19 (people),” he said, pointing at his sparsely populated clinic on the hospital’s second floor.

When we arrived at 8am, there were a handful of people waiting for their jabs amid rows and rows of empty metallic seats. It was certainly the quietest part of what is a chaotic and over-occupied facility.

One man, a church minister called Jacob Rango, said his efforts to convince the congregation to get a jab had not gone very far.

“The problem is people’s attitudes because they are given different information,” he said.

“Some say that once you are vaccinated you will become infertile, others say it gives you other diseases. People are not ready.” 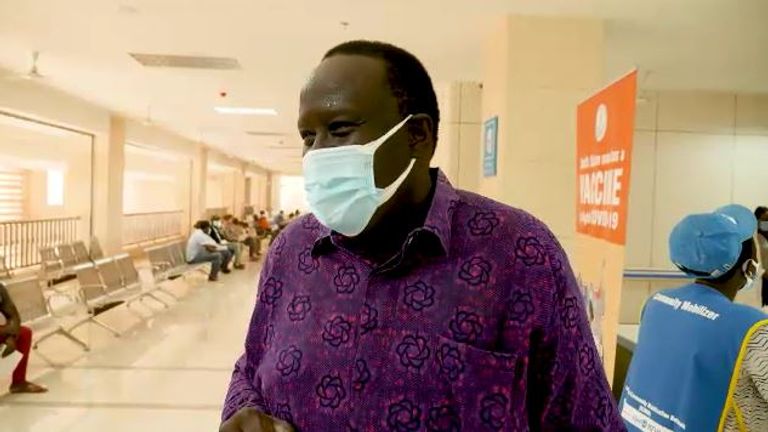 One month into South Sudan’s COVID-19 vaccination program only 7,000 people have taken one and the vaccines will expire in mid-July. Health officials worry they may end up wasting tens of thousands of vaccines.

I asked Dr Maker whether it was realistic to expect delivery of another consignment via the COVAX program if he could not use the ones he has been given.

“We don’t want them to let them expire,” he said.

“It would be a disaster if the vaccines expired and then we have a wave of COVID-19 killing our people and they had a chance to come for a vaccination.

“The majority of people in South Sudan do not know what is going on in India so we need to inform them.” 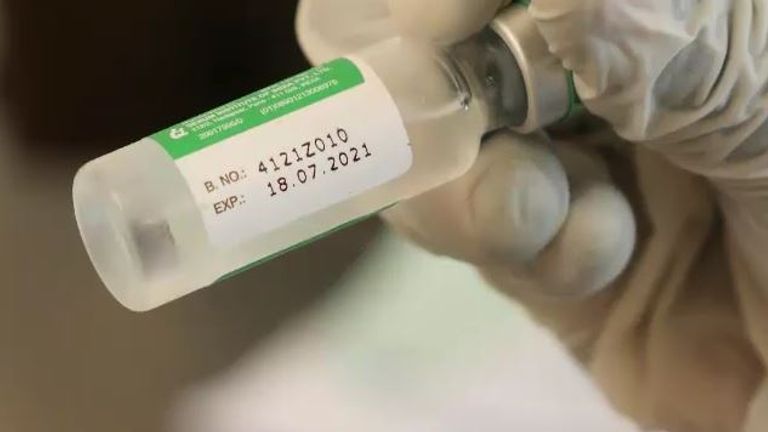 South Sudan is in a vulnerable position as highly infectious strains from India and Britain threaten to overwhelm this country’s inadequate health system.

But Dr Maker’s concerns apply equally to the African continent where only 1% of the population have received a COVID-19 vaccine so far.

According to the World Health Organization, dozens of African countries are now dealing with this “low rollout” scenario.

In total, 49 nations have received vaccines but only 17 have managed to administer more than 50% of doses allocated through COVAX. 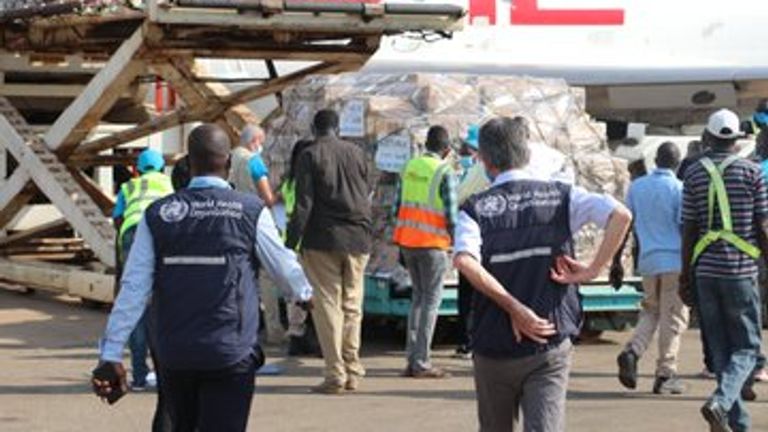 Until now, concern in – and for – Africa has rested chiefly on the issue of “vaccine equity” after much of the world’s global supply was reserved by wealthier countries like Britain and the United States.

Supply problems have been exacerbated by the fact that the principal manufacturer of vaccines destined for Africa, the Serum Institute of India, has suspended exports while dealing with the crisis in India.

Yet the challenge posed by vaccine hesitancy in Africa is formidable, and South Sudan is not an isolated case.

Propaganda and misinformation propagated on the internet are rife and will have to be tackled effectively if the consequences of mass infection are to be avoided.