The Netherlands will enter a tough second lockdown for at least five weeks, the country’s prime minister has announced.

Households have been urged to welcome no more than two visitors over the age of 13 from Tuesday, although an exception will be made for three days around Christmas when they can welcome three.

In a rare televised address, marked by the sound of protesters banging pots and pans outside his office, Mark Rutte told the nation: “The Netherlands is closing down. We realise the gravity of our decisions, right before Christmas.” 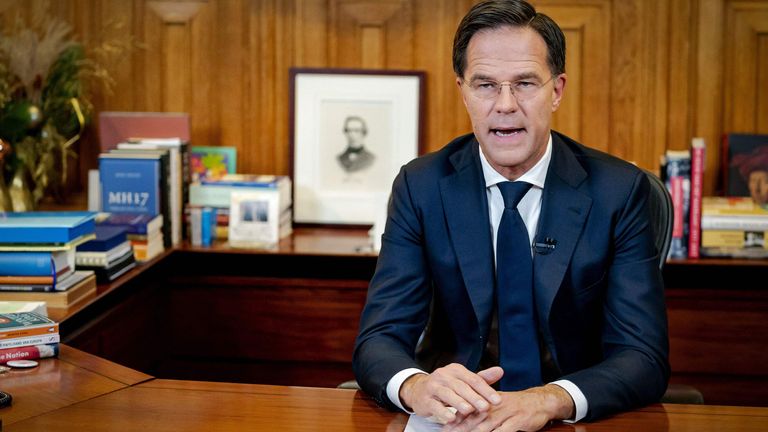 The Netherlands is the latest European country to announce it will be enforcing strict measures over the festive period following a spike in infections, with Germany earlier announcing similar restrictions.

People in the Netherlands have been advised to stay at home, not travel to work, and to avoid contact with others as much as possible.

Schools will also close until 18 January.

However, supermarkets, banks and pharmacies will be allowed to stay open.

“The less contacts we have, the better,” Mr Rutte said.

“We have to do everything to get to a better place. And yes, it will get better.

“The reality is that we are not dealing with an innocent flu, as some of those protesting outside believe, but a virus that can reach anyone.” 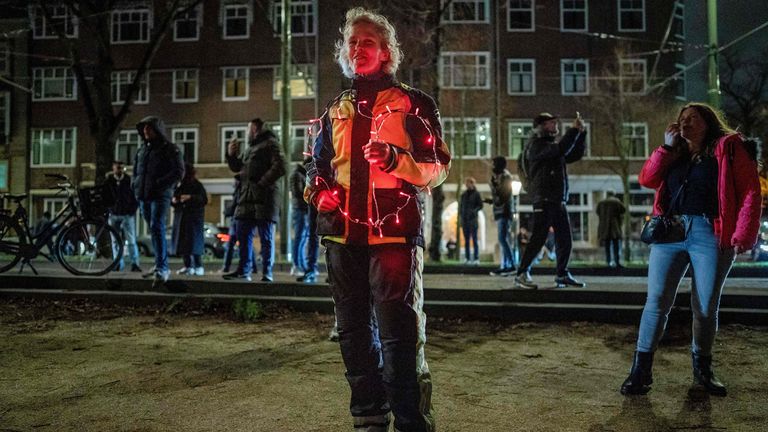 Another 8,500 COVID-19 cases were announced on Monday, appearing to continue the trend of rising infections after the 5 December gift-giving celebrations marking the birthday of Saint Nicholas.

“We see the infection numbers rising sharply in recent days, we see that hospital admissions are increasing again, the pressure on the health care sector remains high.”

In total, the country has recorded more than 600,000 cases and 10,000 deaths since the beginning of the pandemic.