Home » World News » Coronavirus: Why do more people keep dying in the UK? 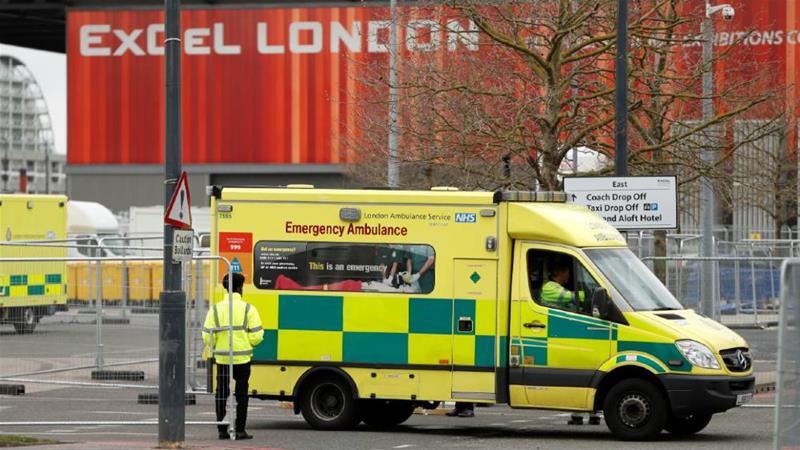 London, United Kingdom – Less than two weeks ago, Britons were still going to pubs and restaurants, even as they stockpiled essential items.

Now, this seems a distant memory as streets are deserted and all non-essential businesses remain closed.

But despite a nationwide lockdown introduced on March 24, coronavirus-related deaths have sharply risen.

UK hospital deaths saw a daily rise of 684 on Friday, bringing the total to 3,605 patients who have died after testing positive for the coronavirus.

While the increase in the number of deaths each day appears to be slowing in Italy, the number in the UK is still doubling every two to three days.

Most virus-related deaths have been among people aged 65 years and above, with almost half – 45 percent – of these occurring in the over-85 age group, according to an analysis of England and Wales cases by the Office of National Statistics.

But some of those who succumbed to COVID-19 were young with no underlying health issues.

Experts say the reality is not reflected in these numbers.

“The problem is we don’t know the total number of cases. If that figure is considerably underestimated, then the case fatality will appear higher, which is likely to be happening,” said Rosalind Smyth, director of University College London’s Great Ormond Street Institute of Child Health.

Meanwhile, said Keith Neil, emeritus professor of the Epidemiology of Infectious Diseases at the University of Nottingham, “there are certainly people who have died in the UK who have not been included in these death figures”.

“There’s a lag in the deaths compared to the cases. Very few people are dying in the first week of becoming infected,” he adds.

Italy recorded its lowest death rate in more than a week on April 1, 25 days after announcing its nationwide lockdown, indicating that social restrictions are yielding results.

From ‘herd immunity’ to lockdown

A few weeks ago, as countries around the world began to shut down, the UK diverged in its approach.

Acknowledging on March 12 that the most dangerous period was “some weeks away”, Prime Minister Boris Johnson announced a “delay” phase to increase the ability of the emergency services and society more widely to cope.

At the time, the UK had the 10th-highest number of coronavirus infections in Europe and was in line with the growth curves already observed in other countries, including Italy, Spain, France and Germany.

The government’s initial strategy was an attempt to build “herd immunity” and suppress the virus through gradual restrictions. Schools remained open and anyone with symptoms was told to stay at home for seven days.

After new simulations of the outbreak from Imperial College London showed how that scenario could lead to high rates of hospitalisation and need for critical care, straining the health service capacity, the UK changed course.

By March 24, Johnson had introduced strict social restrictions, instructing people to stay at home except for essential travel. 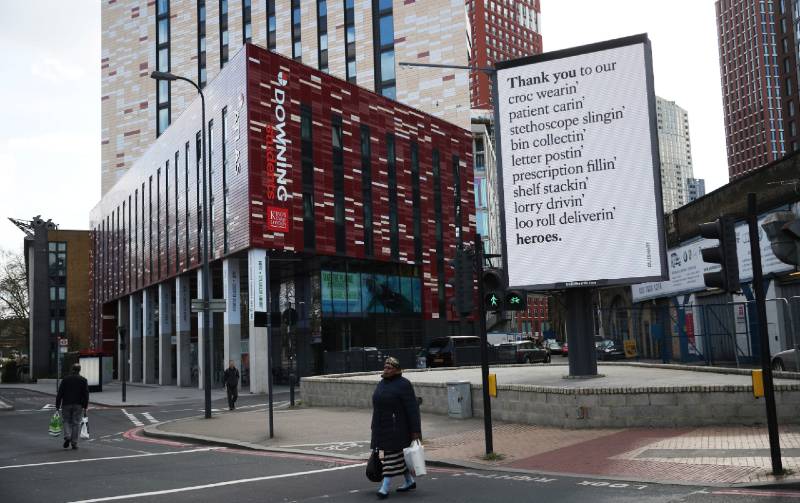 “There’s no question that what we are seeing is a very, very serious situation which will put a lot of stress on our healthcare service,” says Professor Rowland Kao, the chair of Veterinary Epidemiology and Data Science at the University of Edinburgh.

“Whether or not we go to the extent of Italy’s situation will depend whether social restriction measures are followed, the ability of our health services to cope – everything from emergency responders all the way through to the intensive care units.”

Significant challenges lie ahead for the UK’s National Health Service (NHS), which after nearly 10 years of austerity has been left with fewer beds, doctors, and nurses per head of population than the European Union average.

Doctors say there are severe shortages of essential equipment to fight the coronavirus.

Chris Hopkins, chief executive of NHS Providers, said a shortage of ventilators was a “real issue” for hospitals in London – the epicentre of the UK’s outbreak.

The NHS currently has access to 8,175 ventilators, which deliver oxygen to patients with acute respiratory difficulties. The government says it is working to source 30,000 ventilators.

Staff absence due to illness is another growing concern.

The Scottish government reported on April 3 that more than 14 percent of its NHS staff were off work, 41 percent of which were cases related to coronavirus.

In response, more than 65,000 retired NHS staff have been asked to return to work to strengthen front-line services. Additionally, a number of temporary hospitals are being set up across the country which will treat patients in makeshift critical care units.

Daniels says doctors are also taking on more senior roles to help in an increasingly pressured environment. “People really are rolling up their sleeves. They’re going to be operating outside their comfort zones. Medical workers are going to be fearful for their lives and their families’ lives, and they’re going to be watching people die who normally they’d be able to save.”

Experts say testing must be ramped up.

The government has faced criticism over a shortage of tests and for failing to test NHS staff who have symptoms but were unsure if they had the virus.

More than 3,500 NHS front-line staff in England and Wales have been tested since the outbreak began; the NHS employs more than a million people.

The government has set a new target of 100,000 tests a day by the end of April, a jump from the previous target of 25,000 per day by mid-April (including both antibody and antigen tests).

Johnson said antibody tests would be a “game-changer”.

Neil at the University of Nottingham added: “I’m not sure he realises just how much it will be a game-changer. It’s a supplement to getting key workers back to work and making sure they work safely in their environment. Tests can also allow coronavirus-infected patients to be separated from non-infected patients, which will stop cross infections happening in hospitals.”

A month ago – when the UK was only testing patients who were critically ill in hospitals – the World Health Organization (WHO) advised countries to “test, test, test” for the virus.

Daniels, currently self-isolating, said: “We should have started testing sooner. We’re having problems upscaling it, but we would have encountered that several weeks ago rather than now.

“There’s a whole lot of health professionals self-isolating with relatively minor symptoms like mine, who normally outside this crisis would work through symptoms, but have been told to stay at home. If I know I haven’t got it, I can go back to work.”

Smyth, at the Great Ormond Street Institute of Child Health, said: “Testing is critically important for us to understand the size of the problem, now, and take specific mitigation, to continually assess the impact of prevention measures such as social distancing.”

Meanwhile, some experts say the solution to the crisis lies in social distancing.

“A test, however good, will have false positives and false negatives. Within a broad population setting, it can cause more harm than good having a test that has false positives,” said Professor Arpana Verma, head of the division of Population Health, Health Services Research and Primary Care at the University of Nottingham.

“The vast majority of people will be what stops this disease from claiming more deaths. The measures of isolation, social distancing, and then shielding the vulnerable groups are going to be the game-changer for reversing the terrible statistics that we’re now seeing.”

But for Kao, at the University of Edinburgh, the UK’s recent death toll is “not a sign that the lockdown has been poorly implemented or ineffective”.

In a news briefing on Thursday, NHS England’s medical director Stephen Powis offered some hope that the spread of coronavirus in the UK may be slowing due to social distancing measures.

Powis said: “If there are no social distancing measures in place, one person probably infects on average nearly three people.”

New government figures show that the rate may now have dropped to below one.

Looking ahead, many expect the crackdown on movement to be extended later in April, when the government is set to review the current measures.

“We hope [the social restrictions] will have an impact within two weeks,” said Smyth. “The bottom line is that the trend is likely to get worse before it gets better.” 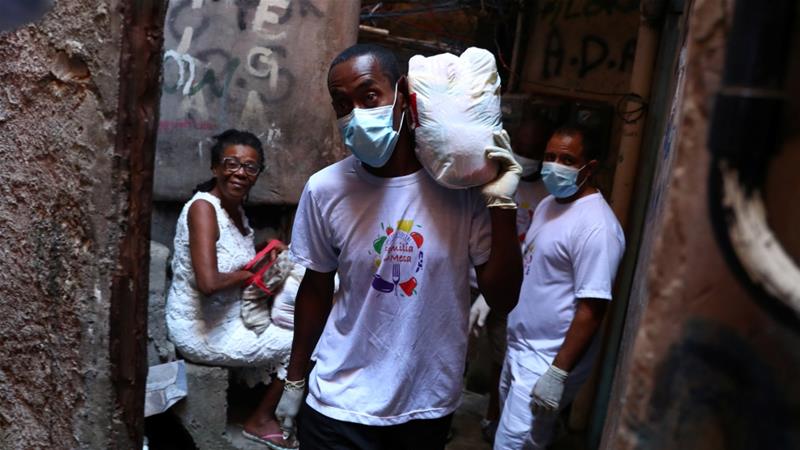 Are all coronavirus cases being reported?