Police in Ireland have searched a suspected illicit pub, or “shebeen”, on suspicion of breaching coronavirus measures.

The property near Athy in County Kildare was targeted by Gardai officers on Friday evening.

The force had launched an investigation after they became aware of the premises, and the fact people were congregating in a breach of social distancing rules, through social media. 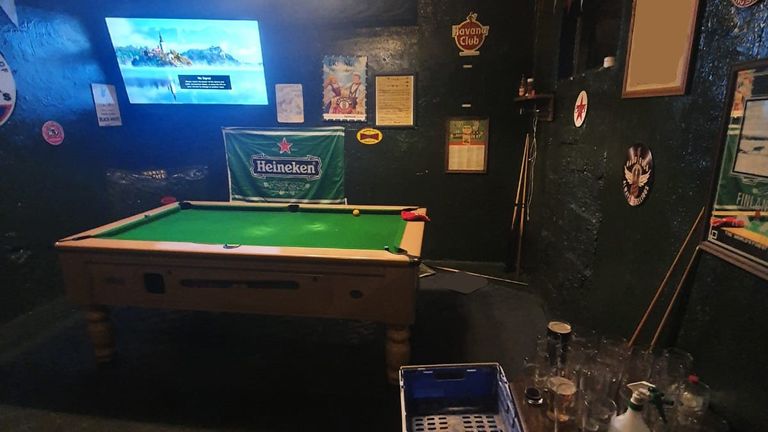 Gardai searched the suspected shebeen at about 8pm and found a fully operational bar in a repurposed state.

Shebeen is an Irish term which refers to an illicit bar or club where alcoholic drinks are sold without a licence.

The premises was fitted with a bar, stools, tables, chairs, a 70in flat-screen television, and a full-size pool table.

There were several beer taps on the bar, along with an under bar cooler and kegs.

There was also a smoking area, store room and toilet on the premises.

Officers seized five kegs of beer, a significant amount of spirits and bottled beers, and various bar equipment including the taps, gas and coolers.

A full investigation is now under way and files will be prepared for the Director of Public Prosecutions (DPP). 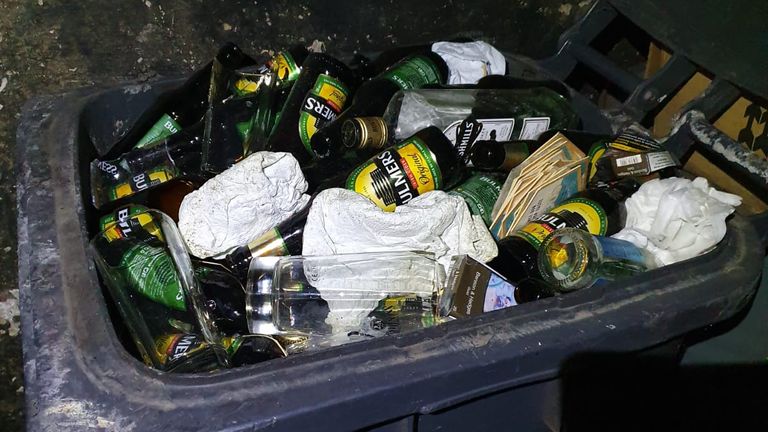 The investigation in Ireland comes as a man in Manchester has been given a £10,000 fixed penalty notice after officers closed down a party with over 50 people in attendance.

Officers were called to a report of a party at a flat on Simpson Street in Angel Meadows shortly after 11.20pm on Friday night.

DJ mixing decks, industrial speakers and a buffet was found by officers on arrival.

A total of 52 fines have been handed out since Greater Manchester went into Tier 3 restrictions.

Assistant Chief Constable Mabs Hussain, of Greater Manchester Police, said: “This party was a blatant disregard of the rules and for public health. It is totally unacceptable in the current crisis the whole world is facing and is not what we want our officers to be spending their time doing.

“We had no alternative but to issue the maximum penalty for breaching the legislation on large gatherings and I hope this serves as a reminder to those considering to flout the rules – we will take action.”

It comes after a wedding attended by around 250 guests was shut down by police last week.

Officers were first called to the venue on Old Kent Road at 20:20hrs on Sunday 18 October, after concerned residents suspected the address was being burgled.

It appeared that those attending the ceremony had closed the shutters at the front of the venue, in an attempt to mask the celebration.

Police dispersed crowds at the scene.

Two people at the event were advised that they had been reported for consideration of a fixed penalty notice.

Detective Superintendent Nicky Arrowsmith, said: “This event was a blatant breach of the regulations and could have been a breeding ground for transmitting the virus.

“There were over 200 people inside, no social distancing and indeed no attempts to make the venue COVID secure, in line with the government guidelines.”