As certain countries across the world begin to ease lockdown measures, Dr Hans Kluge, director for the WHO European region, warned now was not the time to prepare for a second wave of the outbreak. Although the number of new deaths are dropping in the UK, France and Italy, Mr Kluge warned the outbreak was not coming to an end. With the epicentre of the virus moving towards eastern Europe and Africa, the WHO official also warned the second outbreak could hit at a time whereby other infectious diseases begin to emerge in the autumn and winter. He told The Daily Telegraph: “They’re behind the curve – some countries are saying: ‘We’re not like Italy’ and then, two weeks later, boom! They can unfortunately get hit by a second wave, so we have to be very very careful.”

The news of a second wave comes as a second company has won approval from Public Health England to produce a COVID-19 antibody test.

On Thursday, it was announced that Swiss company, Roche won approval to begin to roll out its antibody test.

The company has since announced it is ready to ship out five million tests to the UK each month.

US company, Abbot Laboratories was also given approval and according to Public Health England, is now at the same stage as Roche.

The test kit has been labelled as a game-changer for the country in order to assess if a person has had the virus and may now be immune. 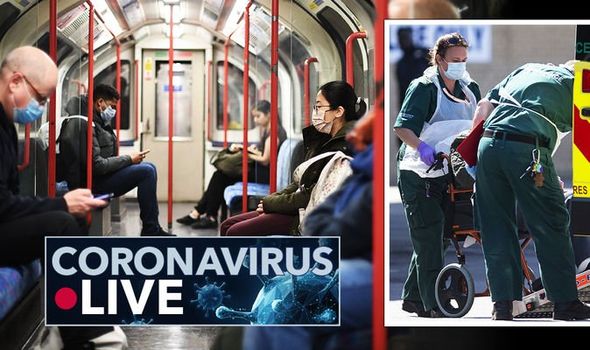 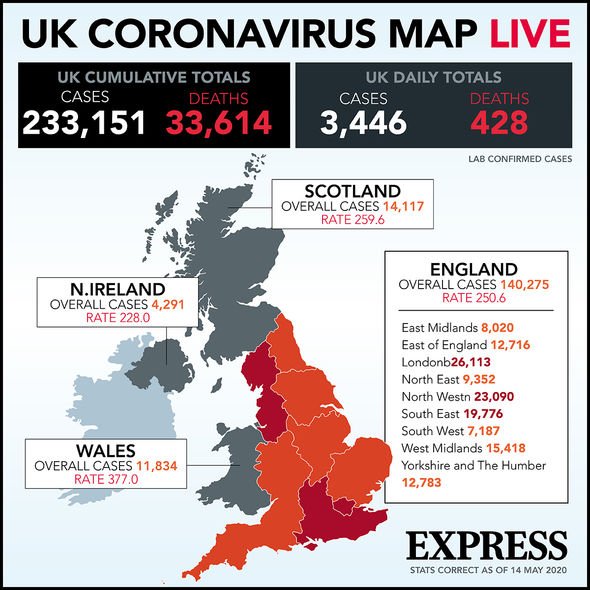 Brazil has recorded a record high of 13,944 new cases of COVID-19 on Thursday.

US company, Abbot Laboratories has been given approval to produce a COVID-19 antibody test.

Lawrence Young, professor of molecular oncology at the University of Warwick said: “A better understanding of the immune response to the Sars-Cov-2 virus which causes COVID-19 will help us to develop effective vaccines.

“This new antibody test will be an important weapon in fighting the virus.” 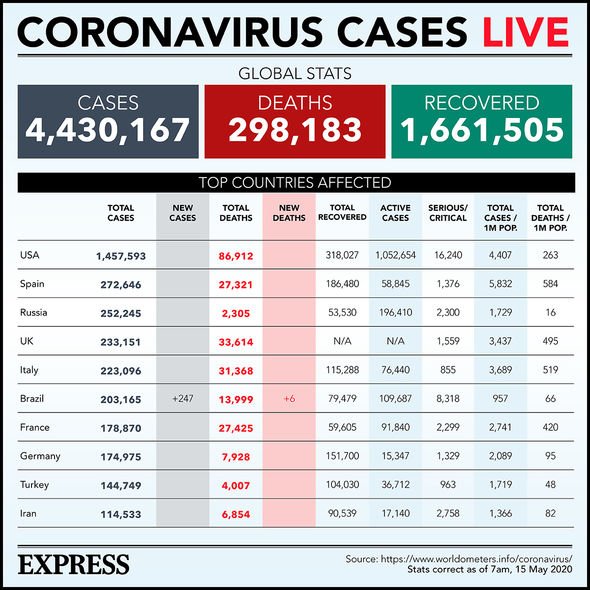 7.31am update: WHO warns of second wave

Many officials have expressed fear over a second wave of the virus.

Africa and Eastern Europe are now seeing an increase in cases with some health experts likening the virus to the Spanish flu pandemic.

The pandemic arose in 1918 it returned in a more potent strain.

He told The Daily Telegraph: “We know from history that in pandemics the countries that have not been hit early on can be hit in a second wave.

“What are we going to see in Africa and Eastern Europe? They’re behind the curve – some countries are saying: ‘We’re not like Italy’ and then, two weeks later, boom!

“They can unfortunately get hit by a second wave, so we have to be very very careful.”