Rioting broke out in housing estates around Paris as tensions escalated over the coronavirus lockdown.

The violence erupted in Villeneuve-la-Garenne, in the north of the city, and continued into the early hours of Monday. 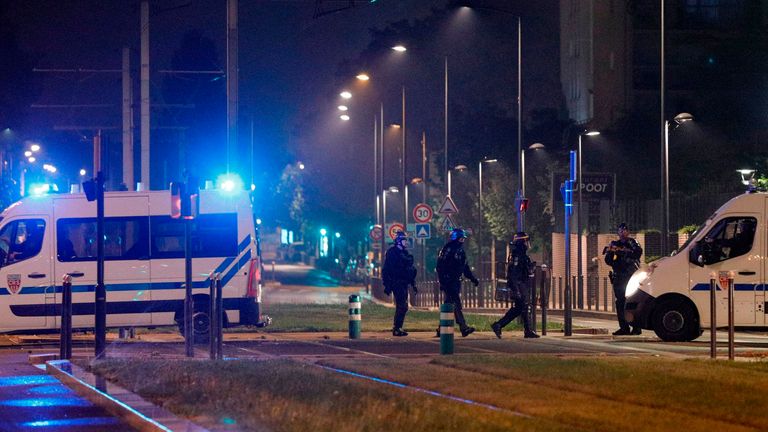 It followed prosecutors opening an enquiry after a 30-year-old motorcyclist, reportedly from an Arab Muslim background, was critically injured after a collision with an unmarked police car in the suburb.

Residents claimed it was an example of police heavy-handedness against ethnic minority communities during the lockdown.

“Lots of fireworks fire this evening at #VilleneuveLaGarenne, tensions underway in several neighborhoods, notably in the northern suburbs,” he wrote.

The trouble also spread to nearby Aulnay-sous-Bois, where police claimed they were “ambushed” by residents.

Last week, French President Emmanuel Macron announced he was extending a virtual coronavirus lockdown in the country until 11 May, saying progress had been made against the virus but the battle not won.

French Prime Minister Edouard Philippe reiterated on Sunday that the country was moving in the right direction, but shut down any expectation that the gradual exit from confinement next month would allow people to move around or interact as before.