The government has announced new measures to curb the spread – ordering bars, restaurants and cafes in several regions to shut between midnight and 7am.

Other measures include requiring those arriving in the country from land borders, as well as those flying in from several European countries, to have proof of a negative coronavirus test. 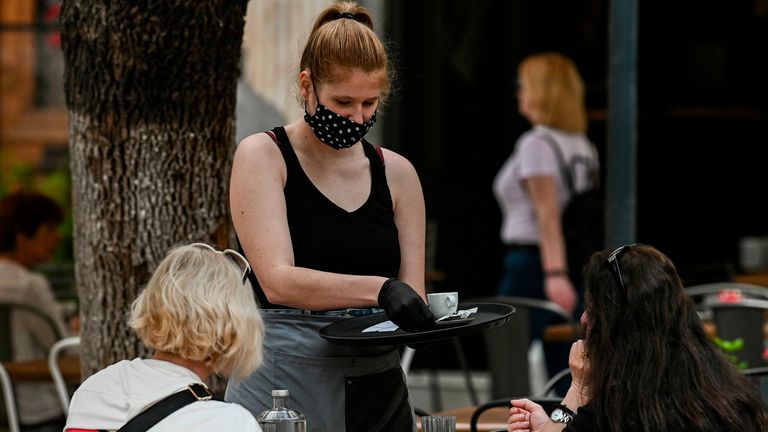 The test must be performed up to 72 hours before entering the country, and Greek citizens are also obliged to present a test.

Every public event where people are standing, such as concerts and performances, is also being suspended throughout the country.

One more virus-related death also brought the total number of fatalities to 213 amid a surge in daily infections.

Seventeen of the new cases were migrants who arrived on the eastern Aegean island of Lesbos who arrived from the nearby Turkish coast.

On Monday, Greece’s culture ministry closed down the Museum of the Ancient Angora – a major archaeological site in central Athens – for two weeks after a cleaner who worked there tested positive for the virus.

Coronavirus cases worldwide have surpassed 20 million and the number of reported virus deaths has climbed to 736,191, according to Johns Hopkins University.