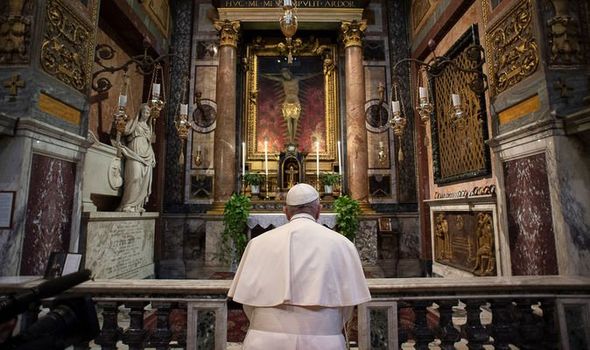 A source close to France’s Chief Rabbi Haim Korsia, who took part in the meeting at the Elysée palace, said: “There will be no total lockdown. [Mr Macron] said this in essence, because it would cause more pain than healing.” The French President’s meeting with religious leaders concluded the Christian holiday of Easter, the Jewish holiday of Passover and the Muslim fasting month of Ramadan would probably not be held this year because of the deadly epidemic.

The source added: “If the lockdown is maintained, which should be the case, places of worship will be inaccessible and family reunions won’t be possible.

The president of the French Council of the Muslim Faith (CFCM), Mohammed Moussaoui, told AFP: “All the religious celebrations take place in April.

“The president spoke the truth: he said the festivities, in light of the current situation, cannot go ahead as usual.”

François Clavairoly, the president of the Protestant Federation of France, said the religious holidays would have to be celebrated “virtually”. 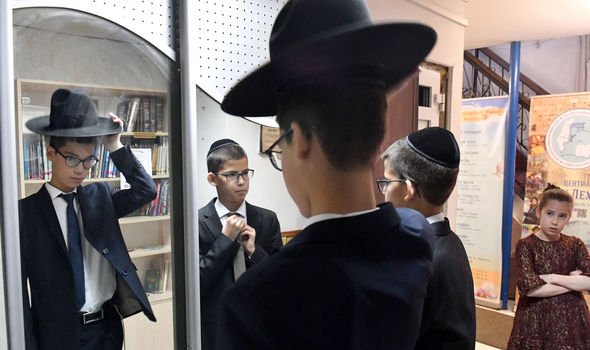 Easter is on April 12, Passover begins on April 8 and Ramadan begins around April 24.

M Macron last week ordered the French to stay at home other than to buy groceries, travel to work, exercise or seek medical care.

His prime minister further tightened the measures in place on Monday amid fears some – including the right to go out for a walk, run or bike ride – were too vague.

Edouard Philippe said that citizens from Tuesday would only be able to exercise alone or with their children once a day, within one kilometre of their home and for no longer than an hour.

Burial ceremonies are now restricted to 20 people and open-air markets have been closed.

“We feel the lockdown measures that we have taken, and which we will toughen yet again  could last several weeks.”

The latest raft of restrictions on French public life came as the coronavirus death toll rose by 28 percent in 24 hours to 860; while the number of patients on life support jumped by 19 percent to 2,082.

The total number of infections increased to 19,856 from 16,081 on Sunday, according to the Health Ministry.

M Philippe, however, said that while he was against the idea of imposing a nationwide curfew, the measure could be enforced at a local level.

He said: “We do not want to put a national curfew in place. But we told prefects to get in touch with mayors who deem (a curfew) necessary.

“And we will not hesitate, where necessary, to take tougher measures, meaning curfew measures.”

In addition to the government’s decision to further restrict movement, lawmakers on Saturday voted to toughen fines for people who break the current confinement measures. Repeat offenders now face six months in prison and a fine of up to €3,700 (£3,422).

Parliament has also declared a health emergency in the country, granting greater powers to the centrist government to fight the ever-changing pandemic.