Canada is investigating reports a shipment of medical supplies the country had ordered was diverted to the US.

Canadian Prime Minister Justin Trudeau said he is “very concerned”, adding that “we need to make sure that [coronavirus] equipment that is destined for Canada gets to and stays in Canada.

“And I’ve asked ministers to follow up on these particular reports. 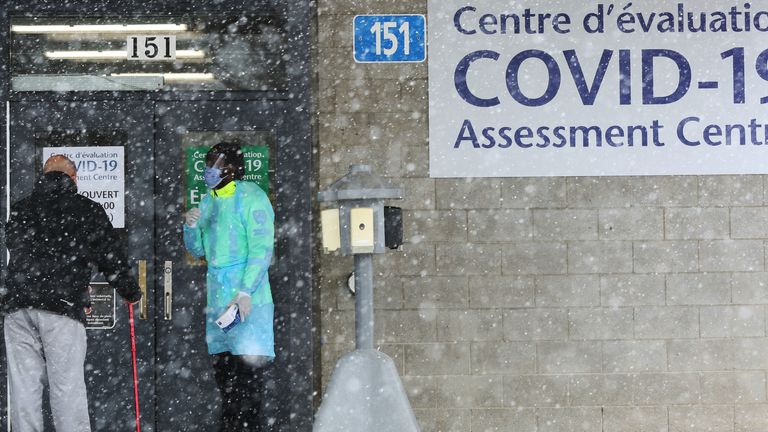 “We are working not just here at home but overseas; as well, to ensure that the equipment that Canada has ordered makes its way to Canada.”

Coronavirus has claimed the lives of more than 125 Canadians, while more than 10,000 have fallen ill.

Mr Trudeau told reporters on Thursday he has asked his public safety minister and transport minister to investigate, but stressed the country’s relationship with its neighbour to the south has not changed.

“We are working together [with US officials]. We understand that the needs of the United States are real, but the needs of Canada are also real. And we need to work together to that end,” he added.

Dr Jean Rottner, an emergency room doctor in Mulhouse, told RTL radio American officials swooped on a Chinese airport to take away a planeload of masks that France had ordered.