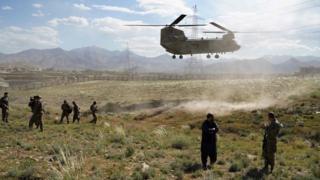 President Donald Trump was not verbally briefed on reports Russia paid militants to kill US soldiers, said national security adviser Robert O’Brien, because of a lack of confidence in the intelligence.

The CIA officer decided the intelligence was not verified.

Mr O’Brien did not say if the president was handed a written briefing.

The intelligence reportedly arrived amid US attempts to negotiate a peace deal to end the Afghanistan war.

At the time of the alleged plan to target US service personal in 2019, Mr Trump was also seeking to improve relations with Russian President Vladimir Putin.

Russia has denied the reports, while the Taliban said it had not made any deal with agents from Moscow.

Speaking with Fox Business Network, Mr Trump said: “When you bring something into a president and I see many, many things – and I’m sure I don’t see many things that they don’t think rose to the occasion – this didn’t rise to the occasion. And from what I hear – and I hear it pretty good – the intelligence people, many of them didn’t believe it happened a all.”

“The person who decided early on whether the president should be briefed on this in the Oval intelligence briefing was a senior career civil servant. And she made that decision because she didn’t have confidence in the intelligence that came out,” he said.

He told reporters that the US would respond strongly if it is confirmed that Russia paid Taliban militants to kill US and allied soldiers.

Twenty American troops died in Afghanistan in 2019, but the New York Times said it was not clear which deaths were under suspicion.

On Tuesday, White House spokeswoman Kayleigh McEnany insisted that Mr Trump was not briefed on the matter and claimed that “rogue intelligence officers” were behind the leak to the New York Times. 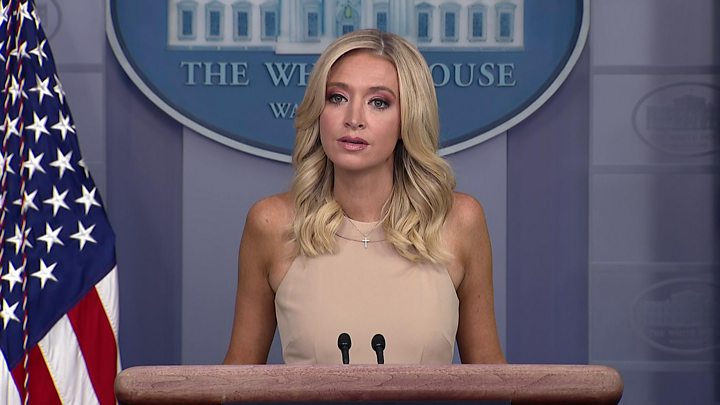 ‘President accusing the fake news of peddling a hoax’

For several days, the Administration has been saying that reports of bounties being paid by Russia did not reach the president’s desk and that there was no consensus within the intelligence community about the veracity of the claim.

However, at the same time, the White House has also been briefing senior members of both parties in Congress, with some Republicans clearly taking the allegations seriously.

The US military has been warned about the claims and contingencies have been put in place, according to the National Security Adviser.

Yet the president has equivocated over the existence of the intelligence, accusing the fake news of peddling a hoax. The president’s Press Secretary, Kayleigh McEnany, said the information was still unverified.