China issued the plan to close the American consulate after the US closed the Chinese consulate in Houston, Texas. Today the deadline for the closure expired as staff were seen leaving the building.

The US flag outside the building was lowered and a plaque was removed.

Tensions have been escalating between the two countries over trade, the coronavirus pandemic and other issues.

Crowds of local residents gathered outside the consulate in Chengdu as it was closing.

As a bus with tinted windows left the building on Sunday, boos could be heard. 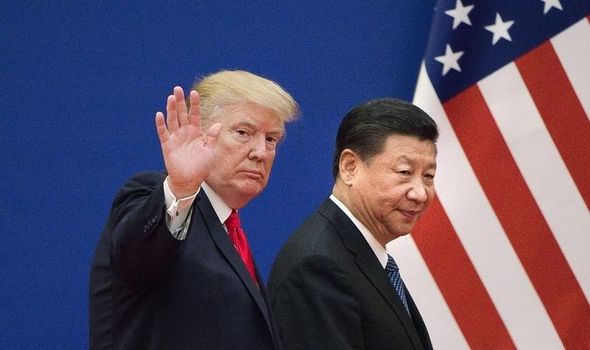 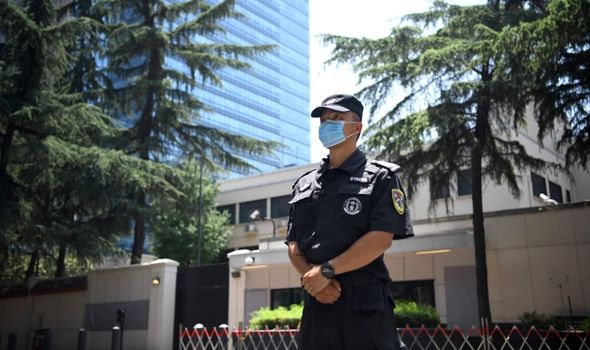 south-western China including the region of Tibet.

Most of the 200 employees who worked at the consulate were hired locally.

Chengdu was seen by the US as providing opportunities for exports of agricultural products, cars and machinery.

The closure in Chengdu comes after the Chinese consulate in Houston, Texas, closed last week over claims it was a hub for spying. 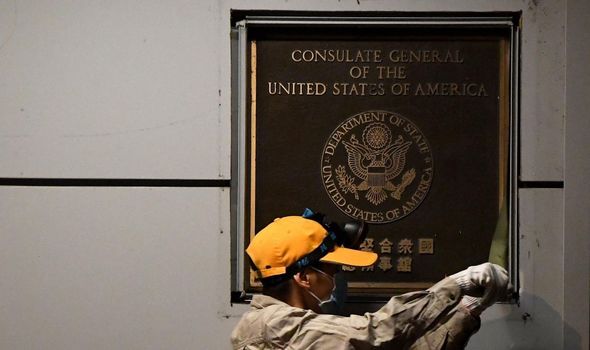 US Secretary of State Mike Pompeo explained the Houston closure was ordered by Washington because Beijing was “stealing” intellectual property.

Chinese Foreign Ministry spokesman Wang Wenbin said the US’s actions were based on “a hodgepodge of anti-Chinese lies”.

Hours before Mr Trump’s administration made the order public, employees at the consulate in Houston were seen starting fires in a courtyard of the building.

This prompted police officers and firefighters to rush to the scene. 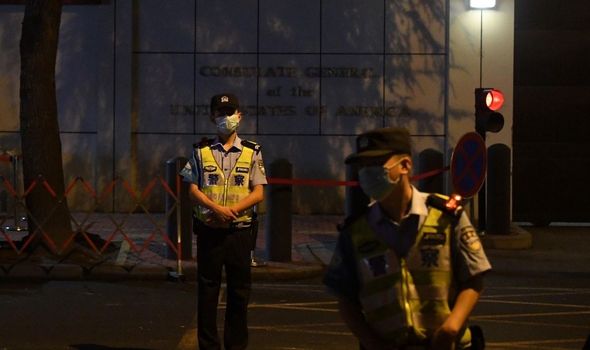 But fire crews were prevented from accessing the area.

Operations at the Chinese consulate in Houston ceased on Friday.

Mark Warner, Democrat senator for Virginia and ranking member of the Senate Intelligence Committee, told NBC he would not discuss the specific intelligence behind the closure orders.

He said: “But I can tell you for the last two years, I and other members of the intel committee have been holding classified briefings with business leaders and academic leaders about the concerted efforts of the Chinese communist party to steal our intellectual property. 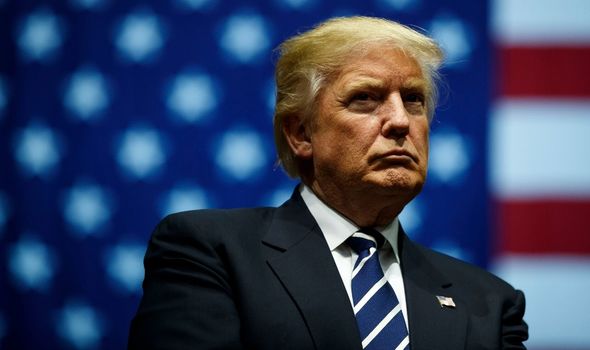 Mr Warner suggested the order was driven by FBI intelligence.

The closure of both consulates comes as US officials have blamed China for the global spread of COVID-19 as tensions between the two countries continue to heat up.

US President Donald Trump has also alleged the virus originated from a Chinese laboratory in Wuhan, without evidence.

A Chinese foreign ministry spokesman also said in March, without evidence, that the US military might have brought the virus to Wuhan.