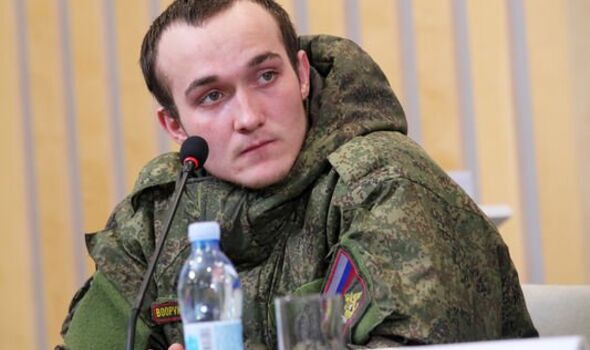 The five young conscripts claimed Kremlin chiefs tricked them into fighting and told of their shame at behaving “like fascists”.

Dressed in fatigues and looking contrite, they urged Russian families to resist sending sons to fight in Moscow’s campaign.

They also revealed their advance into Ukraine stuttered as supplies ran out and described their surprise at being well-treated by their enemies.

Private Aleksandr Morozov, 22, said: “I want to apologise to Ukraine for coming here. I don’t want violence in this country. I’m very ashamed.”

Nikolai Polshchikov, 21, said: “I want to appeal to the citizens of my country, to parents whose children are going to serve. Do not send them – terrible things are happening here you are unaware of. Our aircraft and artillery bomb peaceful cities.”

Niyaz Akhunov, 20, claims Putin is using conscripts as human fodder, saying: “This is a senseless war in which we were thrown, conscripts who haven’t seen real hostilities.”

Andrey Pozdeev, 19, said his president’s claims to have no conscripts fighting in the war “are lies”.

Amanda Gorman, in a first, brings poetry to Super Bowl