PHNOM PENH/BANGKOK (Reuters) – Cambodia will investigate the suspected kidnapping of an exiled Thai activist in Phnom Penh, a police spokesman told Reuters on Tuesday, five days after unknown gunmen reportedly dragged him off the streets of the capital. 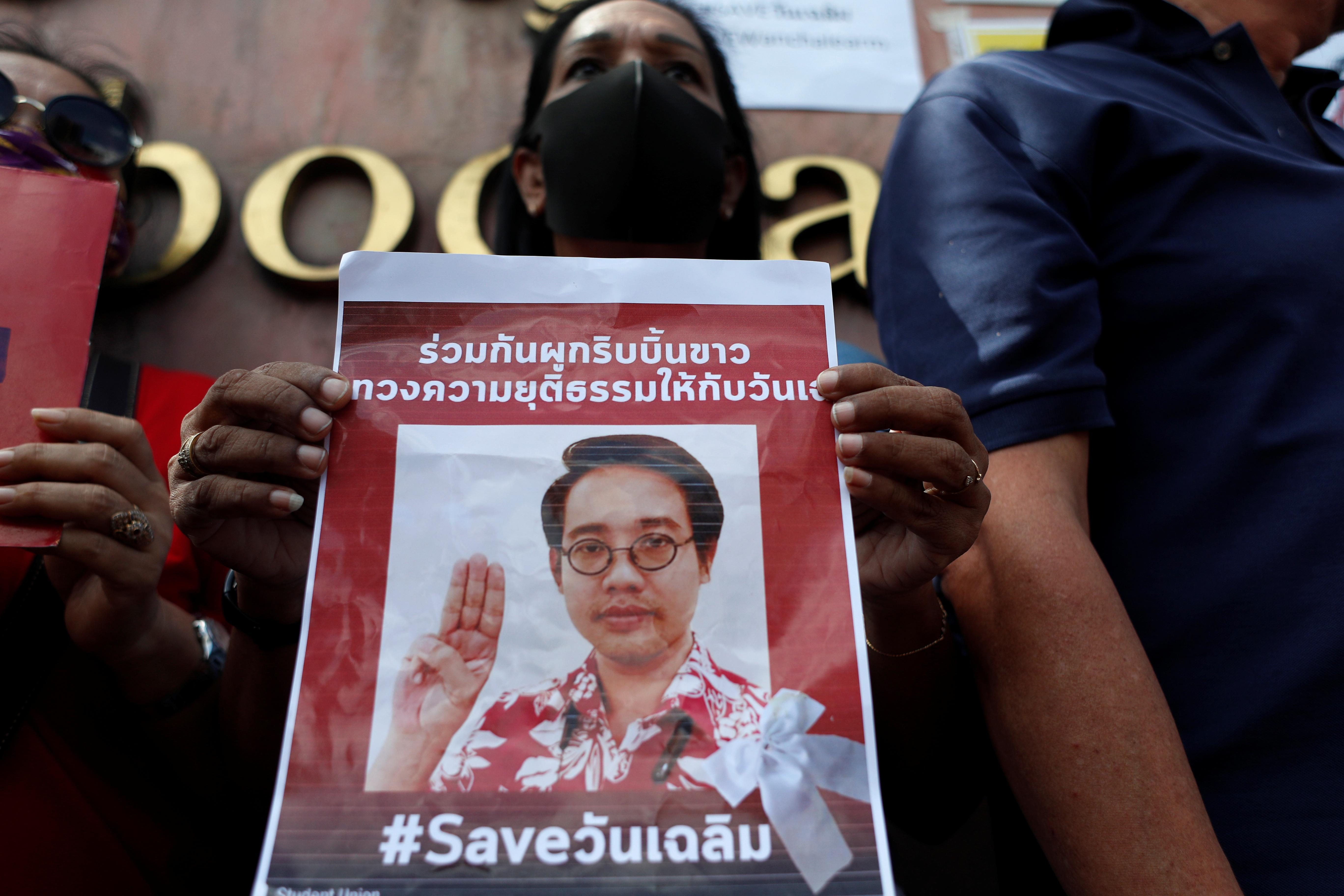 Cambodia had previously denied knowledge of the incident involving Wanchalearm Satsaksit, 37, which sparked outrage and protests in neighbouring Thailand, where demonstrators urged both governments to investigate.

The comments came after dozens of protesters outside the Cambodian embassy in Bangkok on Monday demanded an investigation into the disappearance and accused the Thai state of orchestrating his kidnapping.

Thailand’s police and government have denied the accusation, and Cambodian authorities have also denied any role.

On Tuesday, Wanchalearm’s family petitioned the Thai government and parliament to help investigate.

His elder sister, Sitanun Satsaksit, has said he was speaking to her on his mobile phone last week when the line was abruptly cut. After 20 minutes of frantic calls, she was told by a friend that her brother had been kidnapped from the street.

“Whatever we can cooperate we will do so,” he added. “We will not interfere with the authorities of another country. They have their own investigation mechanism.”

Wanchalearm fled Thailand after being summoned by military authorities following a 2014 military coup led by Prayuth as army chief that aimed to restore order after a cycle of mass protests and violence.

In 2018, Thailand issued a warrant for his arrest over violations of a Computer Crime Act, as he ran a Facebook page critical of the military government.

At least eight other activists who fled Thailand after the coup have disappeared from Cambodia, Laos or Vietnam, with the bodies of two later found floating in the Mekong River.