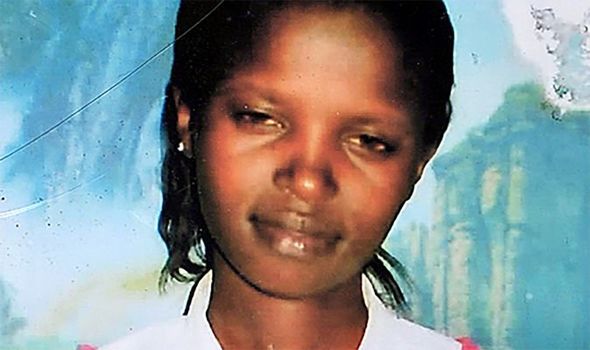 Labour has demanded an inquiry into what it fears was a cover-up of the 2012 killing of sex worker Agnes Wanjiru.

The 21-year-old was found dead in a septic tank at the Lions Court Hotel in Nanyuki, north of Nairobi, two months after she disappeared.

A soldier allegedly confessed to the killing to his colleagues, and one of them reported the incident to senior officers at the time – but no action was taken.

A soldier from the Duke of Lancaster’s Regiment said: “She was in the [septic] tank.

“He took me to the tank and I looked in and I just remember seeing her in there. My heart sank… The only thing I could say to him was, ‘I’ll never forgive you for this’.”

The British Army held no inquiry and none of the soldiers present have been questioned by their superiors – despite a judge in Kenya, ruling that Agnes was “murdered by British soldiers”. She subsequently ordered two criminal inquiries. Labour yesterday demanded an inquiry amid claims Kenyan police did not receive the help they needed.

John Healey, Labour’s Shadow Defence Secretary, said: “There’s been no MOD-led investigation of the soldiers involved and no inquiry into why the MOD failed to respond when Kenyan detectives asked for help.

“Nine years on, justice must now be done for Agnes and her family.

“The Defence Secretary must launch an inquiry into any possible cover-up from commanding officers, military police or the MOD.”

The MOD yesterday said a Kenyan inquest concluded in 2019, adding: “We are currently in discussions with the Kenyan authorities to determine what support is needed.”

A source at the MOD added: “The Defence Secretary is impatient with the pace of this and has directed full cooperation.

“He is working with the military and Kenyan Police to ensure their investigation is not impeded.”